GM folks, what a week it’s been.

The NFT and Web3 headlines have been rolling in relentlessly all week. Let’s catch up on who will walk into the weekend with their heads held high, and who will have their tail between their legs:

Let’s get into the details. 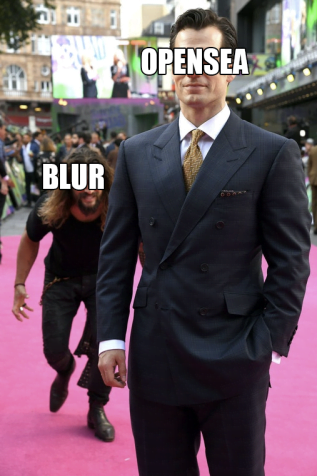 Just when you think there couldn’t possibly be another NFT marketplace… a wild Blur appears.

If you’re an avid NFT trader, it’s worth checking out. Blur is airdropping ‘Care Packages’ to every single person who was actively trading during the last six months. The more you traded… the more Care Packages you will receive.

The Care Packages can be revealed to be ‘Uncommon’, ‘Rare’, or ‘Legendary’. It seems these will later contain a certain amount of Blur’s native token, which has not yet launched. So if you’ve been trading NFTs recently, there’s potentially free money up for grabs.

Blur looks like a trader’s paradise. It is an aggregator, so contains data from all major NFT marketplaces (except for Sudoswap). It is simple to list and sweep NFTs. Royalties are optional (higher profit margins). Plus, traders will be rewarded with Blur’s token.

However, this marketplace will not do anything for taking NFTs mainstream. There are lots of data and numbers on every page. It just doesn’t look as user-friendly as OpenSea.

There is another airdrop in November for those that are active on Blur’s platform. This won’t be the last we hear of Blur.

Although Reddit users have a reputation for being NFT haters, the tide might be turning. Reddit launched an avatar-style NFT collection and three million users have made wallets to scoop up the NFTs (that’s already more than OpenSea).

The NFTs initially sold for around $10 each, and some ran up to over 1 ETH on the secondary market. The prices are cooling down, but the potential for onboarding more people into Web3 is at an all-time high.

Reddit has 400m active users, and there are rumors of further drops, special utility, and even Reddit’s own NFT marketplace. The Reddit community is engaged, and you can be sure other brands are taking note.

Holders of Bored Ape Yacht Club, Mutant Ape, and Gutter Cat Gang NFTs are flying high this week.
BoredJobs announced that it will be piloting VIP lounge access for those NFT holders at 28 different airports. More details on the trial will be released in the next 60 days. 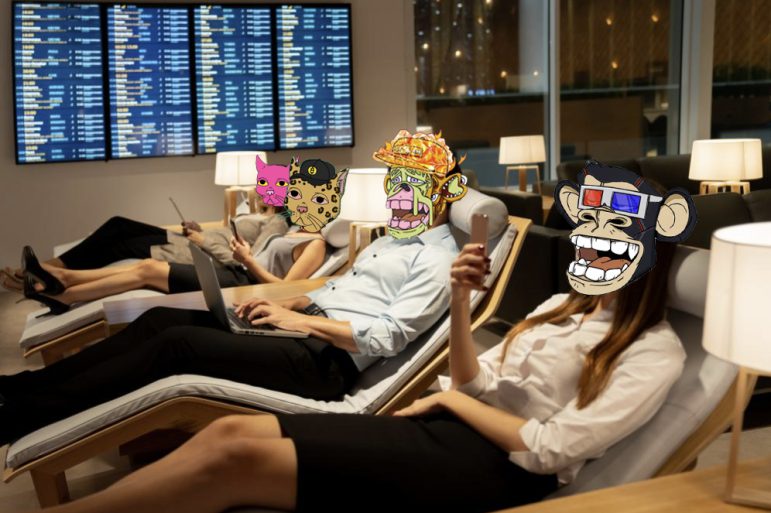 Why is it happening? It has Solana summer written all over it (we all saw how that panned out). It has a whiff of influencers pumping low-cap projects, and a hint of boredom-induced mania from desperate traders.

Or, this is the beginning of a new age for NFTs with Cardano leading the way.
Disclaimer: I own absolutely zero Cardano NFTs.

The project revealed the gold-tier rewards for those that have staked their Moonbird NFT for 180 consecutive days.

The Silver reward was socks and a fanny pack. The Gold reward is… drumroll… a Moonbirds picture frame. Well, it’s a picture frame designed by Infinite Objects that plays an animated video of a Moonbird. It seems to have gone down pretty well with holders… well enough at least to do absolutely nothing to the floor price.

I did the Googling, and it would set you back around $80 to buy a video frame from Infinite Objects. And, because Moonbirds went CC0, you could do exactly that with any Moonbird you want. I just saved you the purchase price of a Moonbird – never say the WGMI newsletter doesn’t bring you value. 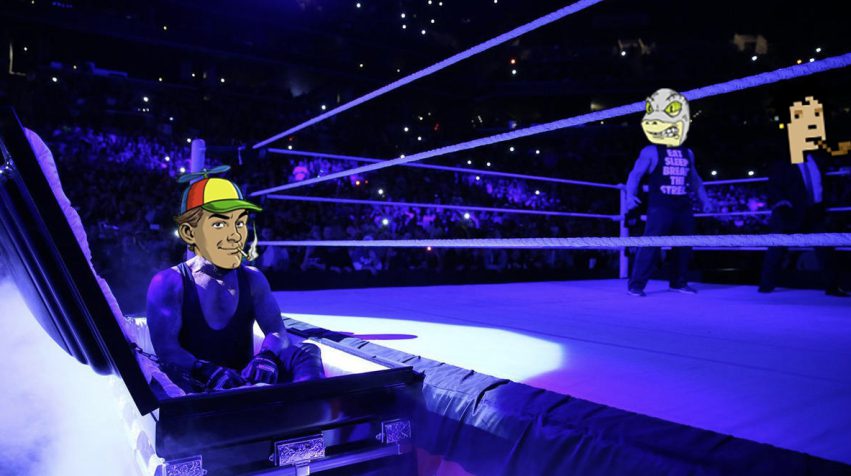 Guess who’s back? Beanie is back. The guy who said he would make pumping $BGLD his life mission, and soon thereafter cut all ties with the currency.

He built one helluva reputation after helping to drive well-known projects including Pixel Vault, PUNKS Comic, MetaHero Universe, and Wolf Game. He then disappeared, with many in the NFT community accusing him of being a rug-pull artist of the highest order.

He made his comeback official by dropping into a Twitter Space with Alex (Shillin Villain) on Wednesday, and then the NFT Morning Show the very next day. He came out of those Spaces both tattered and bruised after being firmly reprimanded by the hosts (to put it lightly).

Beanie has since announced his departure. He will not be creating any more content on Twitter, and blames the “toxicity and insanity in this space”. He will be sorely missed.

He launched a free-mint NFT trading card collection earlier this week called Iron Pigeons. It sold out but its floor price is already a disenchanting 0.19 SOL ($5ish).
It has the backing of Animoca Brands and proclaims DeezeFi and Farokh as advisors. The team’s prowess makes its failure to inspire the NFT community all the more disappointing.

$APE staking is delayed by five weeks to early December. The delay comes off the back of a proposal to run a Bug Bounty program.
After all the recent headlines about protocols being hacked and exploited, it’s probably not the worst idea in the world.
Alas, stakers must wait.

The Otherdeeds collection for the Yuga Labs metaverse, the Otherside, is at an all-time low.

The floor fell 22% to around 1.21 ETH after one of the Yuga founders revealed in an interview that a “persistent world” for users to explore will not be ready until 2023. The knee-jerk reaction is a puzzle to me… there are literally two and a bit months left of 2022.

The floor price has since crawled back up to around 1.3 ETH.

That’s it for today folks. We’ll see you on Monday!

Today’s email was brought to you by Dils!

Was this email forwarded to you? You can subscribe here!