Why Everybody is Talking About Ezu

Amid this bear market, a project called Ezu is gaining a lot of traction. Here’s everything you need to know. 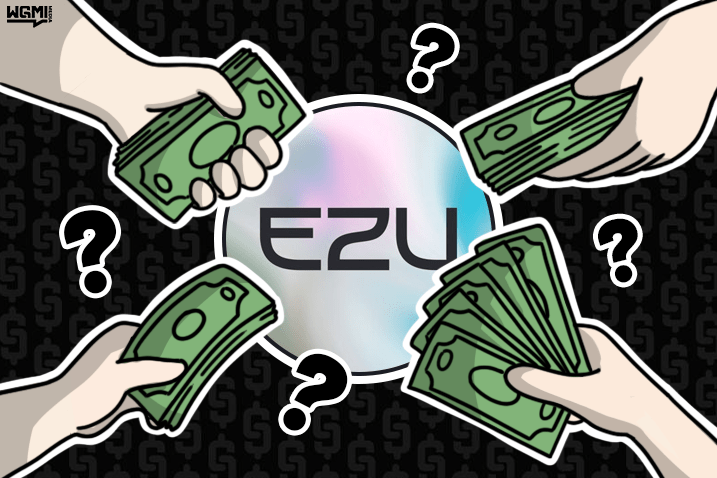 Every once in a while, a new NFT project appears and takes the market by storm. Recently, it’s no secret that the NFT market is in a very bearish state. Despite this, there has been one project which is getting everyone’s attention. This project is called Ezu.

Following the common pattern of prominent collections creating sister collections, Ezu is the sister project of Psychedelics Anonymous. For some context, Psychedelics Anonymous is an innovative NFT project built by proven and reputable founder Voltura.eth. Psychedelics Anonymous  is at the intersection of striking utility-based profile pictures, cryptic lore, revolutionary P2E mechanics and more. It is well established, it has a large following of 203k on Twitter, it holds a solid floor price of 0.69 ETH on OpenSea during this bear market and since launch, it has traded a total of 25.9k in volume.

Ezu is a product of Psychedelic Anonymous’s accelerator program, and it is going to be the first ever cross-chain mintable Ethereum NFT collection to launch on Magic Eden’s launchpad system. Similarly to Psychedelic Anonymous all Ezu token holders will receive mental health therapy, coaching, educational resources, and crisis support for free as a part of Voltura Lab’s charitable mission to those who suffer from mental health issues.

Ezu consists of 4 factions these are light, liquid, vapor, and earth. While nothing is confirmed, we can speculate that if you hold all four factions, you may be able to receive something in the future. This speculation is based purely on Psychedelic Anonymous, where multiple components and aspects come together to give divine entities.

Ezu is attempting to redefine the relationship between brands and consumers. It aims to create the first Wear2Earn application, which will reward “consumers for wearing products with NFC chips, tied to smart contracts with AR capabilities.” Pardon, wear 2 what? In simpler and relatable terms, it’s essentially a concept where users are rewarded for wearing clothes. For example, wearing your Nike gear to run a marathon and receiving an exclusive Nike reward for finishing.

Ezu believes that Wear2Earn is the future as it is a scalable solution to “mass experiential marketing that also provides not currently available levels of post-sale consumer data for brands in an innovative way, which enables self monetization,”

How Will It Work?

Ezu is going to use non-invasive Near Field Communication (NFC) chips and place them in clothing to understand who, when, how long, and where customers are wearing a piece of clothing. It is developing an app that will allow customers to check in with what they are wearing. This will be called a “fit check.” To protect privacy, each user will be able to set the level of data they would like to share, and it will correspond to the number of rewards that they will receive. The team hopes that people will want to use Ezu as it will reward people for something so simple as putting clothes on daily. Full detail on its function and roadmap can be found on its official website.

A good strategy in the NFT space is to bet on proven founding teams, and Ezu’s team is stacked. At its core is Voltura, also known as Lewis Gale. As mentioned, Lewis is the founder of Psychedelics Anonymous and has since become one of the most respected innovators within the NFT space. Alongside Lewis is Megan Kaspar, who has taken the role of product strategy and partnership lead, as well as being an advisor. She is a member of Red DAO and director of Firstlight. Also, she was also the first person to ever wear digital designer fashion (Fendi) on a publication and the first person to wear NFT digital fashion on live TV during Yahoo! Finance Segment.

Another name worth mentioning is Ezu’s creative partner, Dot Dot Dash. Dot Dot Dash is an award-winning innovation agency leading the intersection of technology and culture. It has an expert track record, and it has worked with giants such as Calvin Klein, TikTok, Disney, and more. The list of notable names on the team is extensive and can be found on its website.

Why Is Everybody Talking About Ezu?

Ezu has garnered a staggering 125.5k followers on Twitter during one of the worst bear markets ever, which is impressive. Not only has it amassed a large following, it is also a very engaged one. Impressions on Tweets are often in the thousands, and consensus surrounding the project is very positive. The team has been hosting Twitter spaces and Q&As often to promote transparency and communication with its community. The number of attendees in some of them has hit the 5-figure range, suggesting that many are anticipating this drop.

Additionally, not only is the team stacked, but the fact that it is the first project to enable cross-chain minting on the Magic Eden launchpad is bullish. Not to mention the innovation and expansion of NFT utility into the physical world, which is amazing. Ezu’s professionalism oozes from all aspects, especially in its high quality art and marketing. Marketing, branding and Whitelist giveaways via games has been regular and consistent, and it’s now reaping the benefits. The future appears to be bright for Ezu and there are many people, including notable names, backing its launch.

The mint will be hosted on Magic Eden’s website, available to mint with both ETH and SOL. There will be a total supply of 15,000 NFTs, and each faction will consist of 3,750 tokens. The mint price will be revealed within 24 hours of deployment, and it will be aligned with common industry pricing used within the last 3 months.

Ezu is sizing up to be a potential huge success, it’s certainly worth keeping this one on your radar.