What Yin Yang Gang Can Teach Us About Building a Community

In the bear market where most projects are failing, one up and coming collection is flourishing due to its strong community. Here’s everything you need to know about Yin Yang Gang. 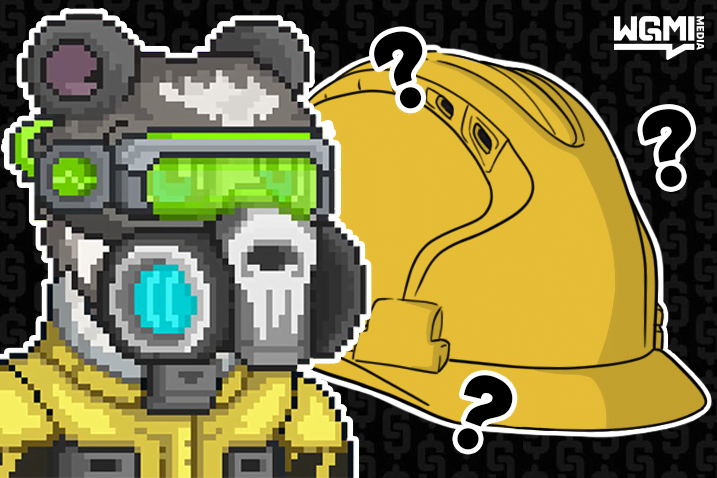 As you’ll probably already know, we are in the midst of a brutal bear market, and many investors are moving away from risk-on assets such as NFTs. What does this mean for the majority of NFT projects? Well, it means that many new projects are failing to mint out successfully and the floor prices of many major projects are ‘bleeding’.

Despite this, there is one project which is flourishing against all odds. This project is called Yin Yang Gang. In a conversation with the project’s founder, he largely accredited its current success to its amazing community. More on this later. First, let’s take a look at what Yin Yang Gang is.

What Is Yin Yang Gang?

There is very little official information on what Yin Yang Gang is. There is no website, and its Twitter bio doesn’t state much apart from “the revolution is upon us.” However, with the information that is provided, and also based on observation, we know that Yin Yang Gang is a pixelated art style, hyped NFT project with its story ingrained in the streets and street culture. Yin Yang Gang strongly focuses on community and lore, and it is only looking to recruit the most loyal community members onto the “streetlist” to join the “movement”.

The project is free to mint for those on the whitelist. Any remaining NFTs after the whitelist sale will go on sale to the public for a fee.

Looking at Yin Yang Gang’s socials, it becomes evident that many are trying to join the movement. Despite the current market sentiment, It has managed to amass a large following of 120k on Twitter, and engagement levels are consistently strong. While many projects with large followings purposely inflate their figures, Yin Yang Gang’s audience is legit, according to Followers Audit. So how has Yin Yang Gang managed to gain so much attention during the bear market? I believe that it really comes down to the knowledge, experience, and reputation of its stacked team.

The team powering Yin Yang Gang consists of members that are responsible for Dysto Apes, amongst other notable individuals in the space. Dysto Apez is a metaverse brand driven by its community. After pushing the limits of pixel art with a fully animated NFT collection, it is starting to make its stamp on the digital world. Its community is based on Discord and provides a place to unwind from the stress of the outside world, network, and learn valuable knowledge. The team is fortunate to boast an impressive roster of accredited web3 analysts to help their holders learn about the space.

Dysto Ape’s long-term vision is to broaden its ecosystem and breach the physical world by way of brand partnerships and innovative media approaches. It is looking to excite holders with in real life events, physical merchandise and a plethora of other products. Dysto Apes was launched back in December 2021, meaning that it has stood the test of time. It currently sits at a floor price of 0.11 ETH. However, it reached an all time high of 0.7 ETH in February before the bear market really set in.

Most notably, very well known and respected influencer Maison Ghost is on the “core team.” Maison Ghost has a whooping 267.1k followers on twitter, his own successful Discord server and he is known for his great giveaways. It’s safe to say that Ying Yang Gang is in good hands. For a list of all team members, please see the individuals that Yin Yang Gang is following on Twitter.

As we all know, a project’s success is largely determined first by community consensus, then market consensus. Yin Yang Gang’s community is one of the most engaged that we see in the NFT space at present. The project’s community-building efforts are not going unnoticed. When discussing with the founder, he explained that he is most proud of the response that the project has received from its community. “Yin Yang Gang became much bigger than we all expected, and it’s all thanks to the community and how they are representing the gang”, he stated. He then added, “our community is one of the most interactive and talented communities that I have ever seen. I’m happy with how we are branding Yin Yang Gang as well on socials and through partnerships.”

When researching, it quickly becomes clear that Yin Yang Gang has a very loyal and cult-like following. By browsing through Twitter, we can see that “Streetlist Missions” and challenges receive impressions in the thousands, and some giveaways reach more than ten thousand likes and retweets. Not only does its Twitter pop, so does its Discord server. The Discord server is very active, there are constant games, events and community building activities. In addition, voice chat is always busy with people discussing the project, all of which are good signs of many potential diamond handers.

The team hosts regular Twitter spaces, AMAs and “rap battles” for transparency and communication purposes, which promotes a very healthy sentiment. Streetlist spot giveaways are conducted consistently and the methods used are all on brand. Everything so far has been executed perfectly, all of which has helped build a very strong community who are all eagerly anticipating the drop. Yin Yang Gang is doing everything in its power to build its community, and it’s certainly paying dividends.

Yin Yang Gang has aligned itself with some behemoths in the space, further solidifying its own community, growth, and reputation as a project. It has managed to secure a long-term partnership with Project Godjira, a Twitter space with Operation Sin, a partnership with The Possessed , and collaborations with influencers such as Ryandcrypto. It is also followed by huge names in the space, such as WGMI’s own founders, BentoBoi and Kosher Plug.

Yin Yang Gang has everything going for it and it is sizing up to be an absolute banger. Be sure to keep this one on your radar.