What Are Rug Pulls, Are They A Crime? How to Stay Safe

Rug pulls have been a huge concern in the crypto space for a number of years now and are prevalent in the NFT scene. Let’s take a look at what they are, and how to avoid them. 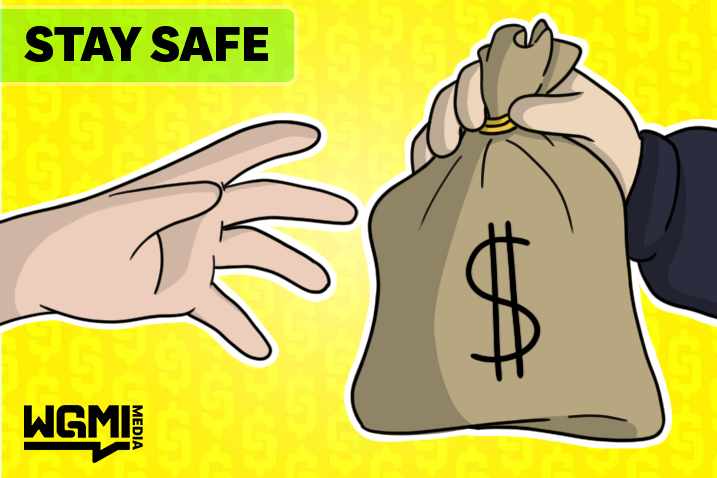 On the 7th of January 2022, a project known as Frosties entered presale with public mint taking place a day later. The Frosties quickly raised over $1 million from keen investors on the back of promises of raffles, merch, and a Metaverse game for its community. However, after selling out, the website mysteriously shut down and the project founders disappeared without a trace.

It turns out that this was just one of many rug pulls that can be found in the NFT space. The brains behind it, Nguyen and Llacuna, both 20 at the time, were caught after a 2-month investigation. They both now face 20 years in prison. This was a momentous moment for NFTs, as it was the first bust of its type from the Department of Justice, which could see a clamp down on rug pulls moving forward.

Nguyen and Llacuna were just the unfortunate ones to have the example set, not that I have an ounce of sympathy for the pair.

What is a Rug Pull?

A rug pull is in essence, the act of generating hype and securing investment for a project at mint, before jumping ship, and disappearing with the secured currency. All platforms and contact are closed off, meaning the team behind the scam essentially becomes ghosts. This leaves investors without their cryptocurrency, or the utility they were promised as a token holder

In the case of Frosties, the founders were able to secure over $1 million as alluded to above. Rug pulls have unfortunately been a common occurrence for years now, and prior to this case, there have never been any repercussions for those responsible.

As interest and numbers in the NFT space continue to grow, it was only a matter of time until the law had no choice but to step in. In a number of years, there may not be an NFT ‘space’, but rather, it will just be the norm. Introducing punishment for scammers can only be positive. After all, in 2021, more than $2.8 billion was lost via rug pulls according to Chainanalysis.

Being such new technology in the financial, tech, and investment sectors, there seem to be uncertainties as to how the laws should be applied. This likely explains how so many previous rug pulls have gone unpunished since 2017. NFTs are starting to gain recognition as a new type of digital and financial investment and therefore, the same rules apply. “You can’t solicit funds for a business opportunity, abandon that business and abscond with money investors provided you,” said special agent Thomas Fattorusso in the press release for the Frosties case.

For those of us familiar with the NFT scene, we know that there are two types of rug pull. Hard and Soft.

A ‘hard rug pull’ occurs when a developer codes malicious backdoors into a token. Malicious backdoors are hidden exploits inserted by the developers of the project into its smart contract. Fraudulent intent is evident from the outset.

A ‘soft rug pull’ is when token developers dump their crypto assets quickly. By doing so, remaining crypto investors are left with a token that is severely devalued, thus the team capitalizes on the profit generated from the wave of the initial investment. The code is not compromised with intent to defraud which differentiates it from a hard rug pull.

Soft rug pulls then, whilst highly unethical, are not seen as illegal. On the other hand, hard rug pulls are illegal due to the predetermined decision to defraud with a backdoor.

Whilst it is likely that most traders and investors will fall victim to a scam at some point. There are a number of signs to look out for, in order to keep yourself as safe as possible.

The first thing that people must do before minting or investing in any NFT project is to look at the team. Is the team doxxed? Meaning are their true identities revealed? Do they have a history with long-term projects? How legit do they seem? Do they have the ability to execute? These are all questions to ask yourself when vetting a team.

The more information we have on a team behind a project, the better. Whilst not every team of a successful collection is fully doxxed, we can get past this by looking at their followers and their history. For doxxed members, check their social profiles and see if they have any personal websites or a presence on LinkedIn.

Whilst the most committed of fraudsters will go above and beyond to appear legit, you can usually spot a red flag with a little background check. Always do your own due diligence and exercise caution.

A large following or member count doesn’t always equate to a good community. I’d rather have a truly engaged community of 10,000, rather than 100,000 who have a passing interest. Always remember that numbers can be bought, which is a common practice on platforms like Instagram and Twitter where we see a project have 10k followers despite only having posted 3 times. In addition, be sure to check the engagement for each project on Twitter. Is there an alarming discrepancy between follower count and likes, retweets, etc? If so, it’s a huge red flag.

Roadmaps come in all shapes and sizes, so it’s not always black and white with regards to spotting a potential rug pull. NFT projects, especially larger ones with ambitious roadmaps can take a long time to develop alongside substantial manpower. Therefore, if we see a small team promising the world, it may be possible that they are either faking it or overselling. Be wary of projects that look to be overpromising, as often, they underdeliver. Just be sure that the roadmap looks realistic based on the people behind it. If it looks too good to be true, it usually is.