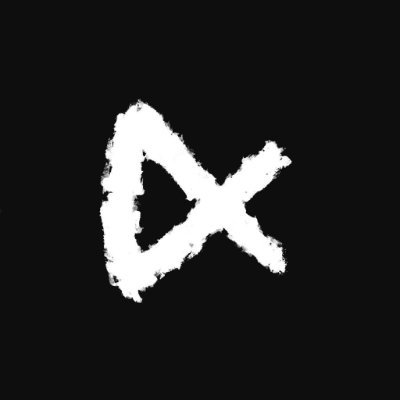 Community choice for details, there are polls going on for mint details letting the community decide.

What is Secret Alpha Labs?

Silence and secrecy are two core components of what this upcoming Solana based collection is all about. Its Discord server shares very little, with the team stating “we fail to explain and we fail to disappoint”. The website shows a cryptic screen featuring a mysterious countdown for 6 hours, after which a door is revealed with a light above it. Turning on the light and knocking a few times unlocks a glitch awarding us with an “Exclusive Alpha Flag”.  The project’s Twitter also promotes a focus on keeping quiet. Despite the hush hush nature of Secret Alpha Labs, it has an impressive 80.3K followers on Twitter, while Discord is brimming with more that 52,000 members.

Secret Alpha Labs is clearly leaning on the less is more philosophy and the community is eating it up in their droves, afterall, mystery breeds curiosity. Looking at the artwork, we are greeted with a highly stylized, anime influenced character design. While very few PFP have been revealed, the artwork is clean with a focus on exaggerated features and will no doubt be in high demand should the roadmap and utility meet the hype.

Living up to the mystery around the project, there is nothing at all in regards to available information on the team outside of a link to a Twitter account belonging to one of the Mods and its Collab Manager. Usually, we can dig something up but so mysterious is everything around Secret Alpha Labs, that the single account it follows on Twitter known as “thealphainsider” is set to private.

KP is KP, as they state on their Twitter bio. They have 391 followers on Twitter and clearly have a passion for the NFT space.

Wallce is responsible for securing the best collaborations for the project and also works with NubbiesNFT and NekozumaNFT.

Unfortunately, we have nothing to go on in regards to the roadmap of Secret Alpha Labs. Based on the name, there may be some form of alpha provided for token holders, although that is purely based on speculation. We can also make an educated guess according to current trends, that we’ll see collaborations with brands as well as an apparel drop as well as IRL events. Be sure to keep your ears and eyes open as information on roadmap and utility is revealed over time.

It doesn’t make sense to be bullish on a project that we know so little about, however, that’s just the case. The team behind Secret Alpha Labs are clearly masters in the art of building hype, which they have done so by telling us almost nothing. The artwork, whilst not the best we’ve seen in the space, is attractive and will have its admirers.

Most important of all though, is the level of hype and the community behind it who are eagerly hanging onto every little piece of information that is drip fed to them. As of now, based solely on the buzz around it, this project is lining up to be one of the bigger collections on the SOL network.

If we take a few steps back and detach ourselves from the emotion that naturally comes with hype, there is really nothing to suggest which way this project will go. We don’t know anything about the team, nor do we have details on utility or even supply.

Historically, Solana projects have always been more cost effective than Ethereum counterparts, so there shouldn’t be too much of an issue regarding price. One of the earliest and most important lessons when getting into the NFT space is to buy without emotion and instead, look at the facts. Right now, unfortunately we have no facts, therefore it’s too early to give a fair judgment.

What’s one NFT you would never sell?

What are your thoughts on #NFTNYC2022 so far?