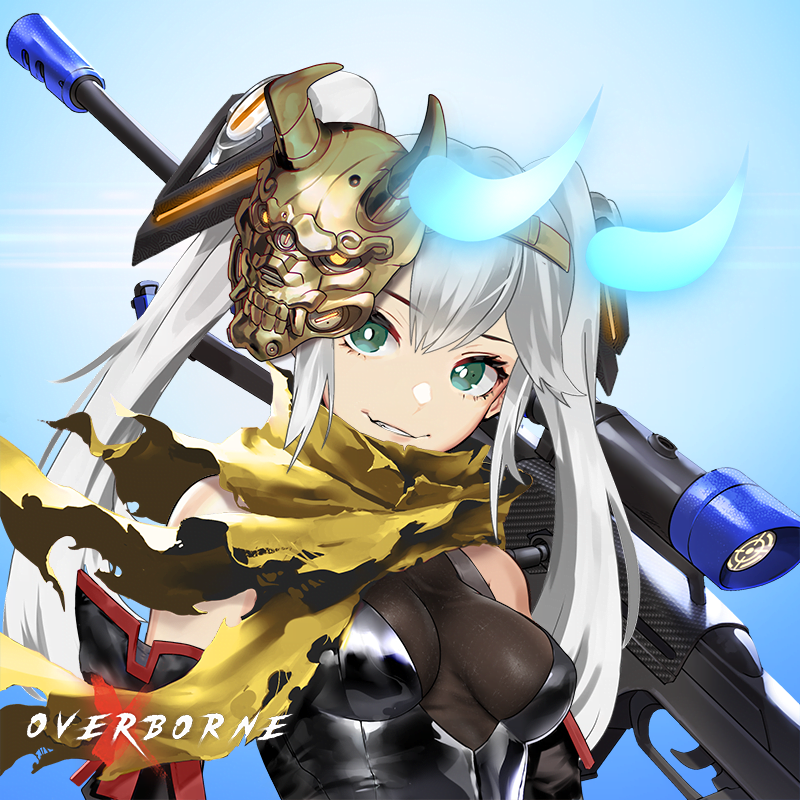 With a background in high-quality apparel, the Overborne team has the means and experience to bring holders exlusive merch & clothing featuring community-voted OVERBORNE characters.

A music album will be composed and released, featuring OVERBORNE themes. (The team is currently in talks with some amazing artists for future music releases and additions).

Team OVERBORNE is committed to helping the reforestation efforts presented by OneTreePlanted.org by providing funds for ten thousand tree saplings in key areas upon reaching their sales milestone.

The team will select five lucky community members to receive a free OVERBORNE NFT. Participants will be chosen exclusively from their Discord community.

The Metaverse is a changing landscape, but no matter what the future holds, Team OVERBORNE will add their own spin and touches to it.

The OVERBORNE cast will be re-experienced in new forms in the Metaverse. Games like The Sandbox will see Overborne characters come to life in the future.

Overborne will be a collection dynamic NFTs that changes and evolves based on the actions taken by the holder. The NFTs will be able to update its image and traits to unlock an entirely new system to NFTs which will also retain all of the more traditional functionalities that NFTs have to offer. Listed below are the utilities that will be available for each Overborne NFT:

The team behind Overborne consists of three different artists with lots of real world experience under their belts. Listed below are their links to their social media profiles as well as their basic information:

Ethan “Levalier” Killough is a Texas-based illustrator with seven years of experience. He is currently the Chief Administrator for Bibisama Apparel and the Community and Collaboration manager for OVERBORNE.

A man who wears many hats, he has previously worked as a curriculum developer creating resources for students in schools and been a semi-professional gamer, having been Rank 8 at one point in his Overwatch career. Currently an NFT and Crypto Enthusiast as well as trader, he is well ingrained in the space and handles most of the back-end involved with the Project. He is responsible for concept work, pre-renders for OVERBORNE, and being its Web Developer.

James Ghio, alias JimboBox, is a Canadian professional industry artist most noted for his works as a Game Cover illustrator and Marketing artist. He currently resides in his hometown of Montreal, a city in constant artistic mutation with a history of massive art appreciation.

James’ Eastern-inspired style blended with a Western comic creative approach casts a wide appealing net which led him to success within the art industry. Currently James is an Art Director and shareholder of Bibisama Apparel.

Some of his works include:

– Concept artist for Fast and Furious Spy Racers, Magic the Gathering, and League of Legends

Edwin “IRONPINKY.” Huang is a California based illustrator with 14 years of professional experience. He is best known for his published work in the Fighting Game genre and Asian American comic scene.

His recently published work include:

The main marketing strategy behind Overborne involves WL giveaways with other NFT projects, especially anime based ones. A few of the notable projects that have done giveaways with Overborne includes Project PXN, ISOWorld, NanoPass, and Lives of Asuna.

Below is a list of projects that have collaborated with Overborne via WL giveaways on Twitter and/or Discord:

Utility information is now live on our Discord + Website!
Come take a look at the future of Web3.https://t.co/jYiLuT3skU ×https://t.co/Y7ZFanc65m ×

Overborne currently has more than 70.5k followers on Twitter, and more than 23k members on its Discord server. Most NFT projects are regurgitations or copies of other existing ones. Overborne’s greatest strength is its unique anime-style artwork that sets itself apart from many other anime projects we have seen in the past. This is likely because the three artists for Overborne are experienced with working for larger than life brands such as Blizzard Entertainment, GI Joe, Max Steele, Street Fighter, and Megaman to name a few. There is no question that the Overborne team has the experience and technical expertise to release one of the highest quality anime NFT collections we have ever seen.

The anime-meta used to be the most popular collection a few months ago back when Project PXN was released. Since then, the free-to-mint degen meta have been surging as the new and current fad. Many anime-style NFT projects that have launched in recent months have struggled to maintain a floor price higher than the mint price or let alone, sell out. It will be important to look at what the team decides for the collection mint price as well as the NFT market sentiment closer to the day of its launch.

️Starting right now!
️Interview with @CyberKongz
-Come join us to learn more about CyberKongz and what they h… https://t.co/butZxGx4Cr

How it feels trying to mint during a gas war https://t.co/u9RJDToD9o

️Interview with @CyberKongz
-Come join us to learn more about CyberKongz and what they have been building!
️Da… https://t.co/lieAkRKhTS