Amongst all of the fun and games at NFT NYC, naturally, there is bound to be some drama. In the early hours of the morning on June 22nd 2022, influencer Kmoney posted quite the confrontational Tweet. Read on for the juicy gossip. 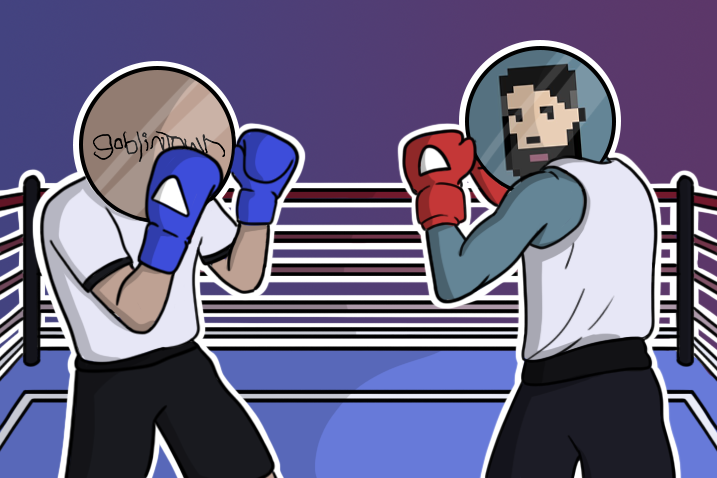 Let me introduce to you the two fighters in the ring. In the red corner, we have Kmoney, NFT influencer and an all round funny guy. In the blue corner, we have Goblintown, ugly, strange and all things controversial. It seemed that these were friends just a few days ago, so what happened?

If we rewind to a few hours before this Tweet, we can see Kmoney posting about being drunk and eyeing up the Goblintown afterparty in a positive manner. Fast forward a few hours, it appears that something significant had happened which caused beef between the influencer and meme-esque project.

Looking at the confrontational Tweet, it appears as if Goblintown had asked Kmoney to perform for them, but instead allowed some “boomer” to perform in his place. Kmoney proceeded to personally call Lenny Platt and the entire Goblintown team snakes.

Without knowing the details of the event, it’s hard to comment on what happened. The fact that Goblintown’s entire existence is based around trolling, it hardly comes as a surprise that they may do something like this. Whatever occurred has clearly left Kmoney upset and feeling “exploited”.

Kmoney continued to Tweet stating that he “is not trolling”, he is “tired of creators/artists getting exploited”. The cherry on the cake, Kmoney posts a picture which appears to be a point of view urination on a Goblintown hat. Kmoney isn’t holding back!

About 30 minutes before Kmoney publicly called out Goblintown, he was caught on film “vibing” at the party with Steve Aoki. This, as well as the drunk Tweets before, is something that a few people have picked up on in the comments section.

For now, it all seems a bit up in the air and it’s unclear whether this will lead to more future friction, or whether it’s one of those dramas that will blow over.

Alternatively, could this be a troll attempt or publicity stunt? Goblintown is the gold medalists at the troll olympics, and Kmoney is a comedian, so quite literally anything is possible.

Regardless, be sure to check back in with WGMI to see what happens in round 2. Ding Ding!