Has Kaiju Kingz Established Itself As A Blue Chip?

Kaiju Kingz is a well known name that has built its reputation through constant growth and development. Here's why the project is a blue chip contender. 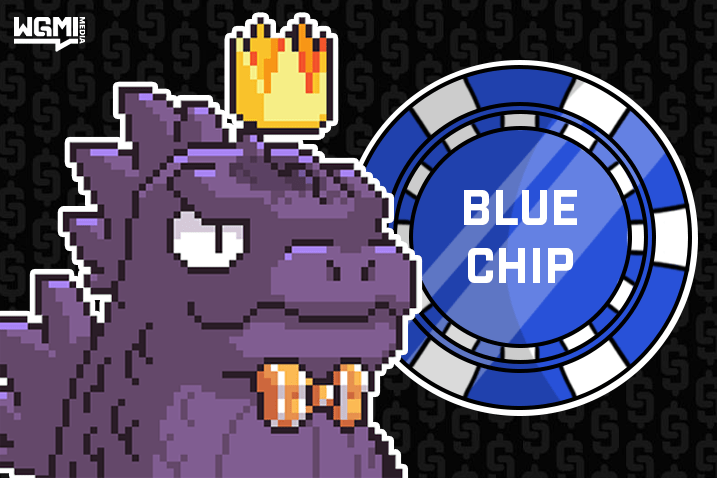 One of the premier ecosystems in the NFT space, Kaiju Kingz is a well known name that has built its reputation through constant growth and development. Consisting of 3,333 genesis pieces and branching out to multiple sub-collections, they have developed a large community dedicated to the team and project. Kaiju Kingz has made it clear that their vision is “to empower talented individuals with the resources they need to build out the Web3 frontier” and they have stuck by this. Let’s dive into how Kaiju Kingz has thrived in the space and put their name in contention as a blue chip NFT.

Being more than just a PFP project, Kaiju Kingz has worked to develop their own ecosystem, with the key being their success in tokenomics. One of the first utilities that Kaiju Kingz implemented was staking genesis Kaijus for daily $rwaste. At the time of launch, these initially created a form of passive income where people could buy and sell $rwaste as a cryptocurrency on platforms like Uniswap. Since then, however, $rwaste has since received utility within the Kingz ecosystem, such as being used to generate Baby Kaijus and in DNA extraction. Looking at what has been done, this is one of the few projects that have managed to successfully preserve their tokenomics through constant building.

Like any elite project in the space, the building did not stop there. The team created collections like Mutant Kaijus and the Augminted Scientists to give life to $scales and further build their ecosystem. Through these developments, they set up their P2E ecosystem consisting of DNA generation and the chance for Augminted Scientists to steal $scales or DNA. During the entire process, Kaiju Kingz remained transparent and followed through with their promises, solidifying the trust of their holders and building a reputation in the space as a project that succeeds.

A big part of the culture Kaiju Kingz has built around their brand is inclusivity and how the team embraces newcomers. With a strong engagement on Twitter, as well as an active team, they have a clear emphasis on being a welcoming presence in NFTs. Above everything else, however, they have shown their inclusivity through their sub-collections, which give more people access to the Kaiju Kingz ecosystem without needing to buy their genesis collection.

For some context, Kaiju Kingz has multiple collections ranging from their genesis Kaijuz to Baby Kaijuz to Kaijuz Mutants and finally Augminted Lab Scientists. Each of these play a vital role in providing another layer of depth to the project, but I’m going to highlight the Augminted Lab Scientists as their most innovative and influential collection they have released.

Augminted Lab Scientists were NFTs with the goal of expanding the Kingz community by allowing anyone to mint. Being the first true example of a Pay What You Want mint process, people could mint for free or choose to inject funds as they create their custom scientist. Over 50,000 unique minters participated, making this a hugely successful campaign that allowed people of all different financial situations to interact in their own unique way. This new form of minting showed how Kaiju Kingz was not looking to gatekeep their ecosystem and wanted to create an free, easy way to newcomers to join the space. This was a great move that proves Kaiju Kingz genuinely wants to build their brand around inclusion.

Bigger than just an NFT

Part of what makes an NFT a blue chip is the influence the project has not only with Web 3 natives, but also beyond. Kaiju Kingz has embodied this through their focus on scholarships, development grants and more. The team has actively taken initiative to use their funds to diversify what they do, whether it is providing consulting services or donating $100,000 to the Feeding America Charity. Kaiju Kingz has successfully managed their funds in ways where they have the flexibility and professionalism to focus on multiple goals at once. To many, this is the quality that elevates Kaiju Kingz to a blue chip NFT because it shows how the project is aiming to truly build a brand/business not just another PFP.

Even after everything that has been accomplished, Kaiju Kingz is nowhere close to being done. Next up on their progression of the roadmap is their P2E game, Monster x Monster. Applying tokenomics and P2E mechanics in conjunction with the various collections within the Kaiju Kingz ecosystem, this game looks to possibly be game changing. In classic Kaiju fashion, they will also have a free to play option in order to attract non crypto-natives to play the game too. If executed properly, this addition could benefit everyone in the NFT space by onboarding a broader audience into web3.

It is hard to say that Kaiju Kingz has not been a significant part of NFTs. With a successful ecosystem, a reputable team and track record, and of course a high floor price that has maintained well throughout this bear market, there is a clear argument for Kaiju Kingz being a blue chip. Additionally, their efforts to create a bridge between Web 2 and Web 3 embody the ultimate goal of widespread adoption of NFTs. We have seen the Kaiju team deliver so much already, that it is simply a matter of time before they turn their next promise into reality. 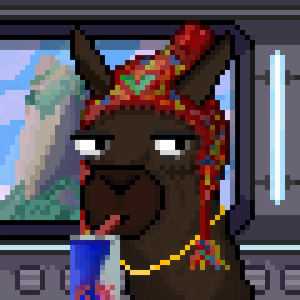 Writer for WGMI Media and Daily Market Analyst. Having fun while studying the market.