Gaming giant, GameStop, announces the launch of its own NFT marketplace for users to buy, sell and trade NFTs. 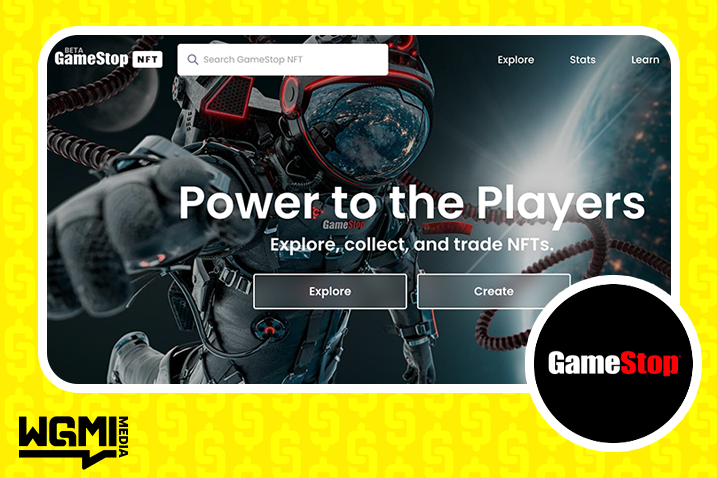 On July 11, GameStop announced the release of the public beta for their long-awaited NFT marketplace. In a press release, the company stated, “its marketplace allows gamers, creators, collectors, and other community members to buy, sell and trade NFTs.” By using the marketplace, users can view both collections and NFTs which are available on the platform. Using the given features, traders can sort by price and media type. The marketplace also possesses a ‘learn’ tab, a useful feature for those who are new to NFTs. While FAQs are available, the tab also includes walk-through videos and resources which guide newcomers through their web3 journey.

GameStop’s marketplace is built on the Ethereum network and is Layer 2 based, allowing users to truly own their assets which are secured on the blockchain. By utilizing Layer 2, the marketplace delivers low fees and high speeds, ideal for a successful marketplace. Users can trade on the platform by connecting their digital wallets, one of which was developed by GameStop. By using the GameStop wallet, users can utilize decentralized apps (Dapps) and faster speeds since the wallet is based on L2.

GameStop plans on adding more to their marketplace seeing as though this is only the beta. According to the GameStop press release, “Over time, the marketplace will expand functionality to encompass additional categories such as Web3 gaming, more creators, and other Ethereum environments.” The company has cited that web3 gaming is crucial, seeing as though GameStop focuses on electronics and gaming.

Even though this is the beta version, the consensus on Twitter is that it’s a promising start. However, an issue that has been raised is the timing of the release. Crypto winter is upon us with Bitcoin and Ethereum both down 70% from all-time highs. While launching during a bear market doesn’t guarantee failure, many projects within web3 that are successful, had a promising beginning. By releasing during a bear market, the odds of success are narrow. Even though the GameStop marketplace has been released, it’s still in its beta version, leaving NFT enthusiasts curious about what the future holds.