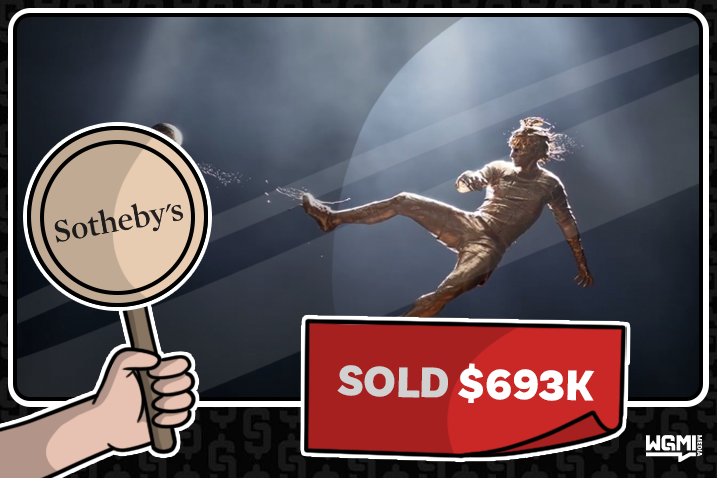 Last Friday, at Sotheby’s auction in New York City, FC Barcelona’s NFT collection called ‘In a Way Immortal’ sold for $693,000. This NFT collection was created in memory and celebration of a late legendary player, Johan Cruyff, who sadly passed away in 2016.

The NFT itself is a 40-second long video clip that recreates a goal scored by Johan Cruyff against the Spanish team Atletico Madrid in 1947. What makes this NFT special is that the animation was done in molten gold and created by a team of 40 computer graphics and visual effect artists in Hollywood. To make it even more special, the film is accompanied by an original soundtrack played by a 30-piece orchestra that incorporates authentic sound from the Camp Nou stadium and Barcelona fans.

What Is The Utility?

Not only does owning this give legitimate ownership to the audiovisual piece, but it also grants the holder access to a more significant number of benefits. The auction winner will become an official digital ambassador of the football club. In addition, they will also receive access to training sessions and other perks and experiences that “money can’t buy.”

The experiences currently listed are meet and greets, visiting the clubs academy, La Masia, hospitality rights for at least five years, the chance to play at the Spotify Camp Nou stadium, and an official handover of the ball before a friendly football game. All of the above sounds like an absolute dream to every die-hard FC Barcelona football fan.

The History of Barcelona and Johan Cruyff

In the last few years, Barcelona have struggled financially, especially since losing Messi. However, just recently, the team managed to secure Spotify as the main sponsor of the club. This deal would likely have solved any ongoing financial troubles.

Cruyff is a legendary player and two-time Ballon d’Or winner who played for Barcelona from 1973-1978. After his playing career, he returned to coach the club in 1988, helping them to win their first European Championship in 1992 and four league titles. Beyond the trophies, Cruyff is considered one of the guardians of the club’s playing style and philosophy. It’s safe to say that he is a club legend.

“The NFT will be forever linked to my father’s legacy,” said Cruyff’s son Jordi, who played for Barca and worked as a sporting advisor at the club. “He would have been fascinated to see that one of his most beautiful goals with Barca has been the inspiration to create this unique piece of digital art that we hope will be enjoyed, admired, and remembered forever.” he also added.

The fact that increasingly large organizations in multiple industries are now finding use cases for NFTs is very bullish. NFTs are the biggest technological shift of our generation, and it’s only a matter of time before they take over.