In the midst of NFT NYC, Doodles made a pair of significant announcements. It released a colorful and vibrant video teasing its audience of Doodles 2, as well as revealing that Pharrell Williams will be joining their team. 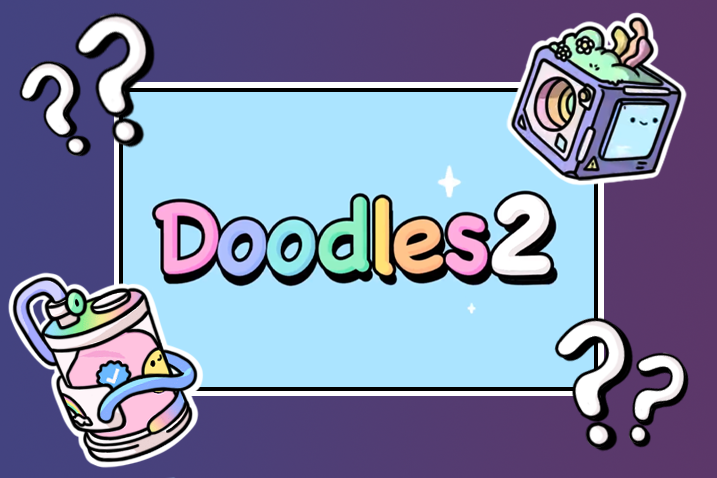 Doodles is a collection of 10,000 colorful, generative NFTs created by Evan, Burnt Toast and Poopie. Doodles is one of the few NFTs projects that has reached the elite ‘blue chip’ status and it has stood the test of time, over and over again. It currently holds strong at a very healthy floor price of 15.49 ETH OpenSea despite the bear market. This is something that not many NFT projects are able to achieve right now.

To sustain this success moving forward, what are Doodles future plans?

Whilst we’re not entirely sure what Doodles has in store for us, just a few hours ago (22nd June 2022), Doodles officially announced that Doodles 2 is “coming soon”. The team released a video trailer across all platforms, teasing a peek of what is coming next. The animation does not contain any text, narration or information, so it’s left to us viewers to speculate.

The animation starts with a Doodle boy located in what appears to be a science lab-esque basement. The Doodle boy looks out of the window and sees a gray, windy and generally dull day. Eager to brighten up the day, he has a lightbulb eureka moment and decides to put together a concoction of fun and colorful ingredients. With this concoction, the Doodles boy steps outside of the house and brightens up everything. He shoots and sprays the concoction at other Doodles, and all over the Doodles world. Immediately, everything became more colorful, fun and vibrant in true Doodles spirit.

What does this mean? No one knows. But the video is sure indicative that it’s going to be a Doodles world of some sort. It is likely going to be somewhat of another expansion to its ecosystem and we’re all excited about what the Doodles team are going to bring us.

Saying this, there have been a few negative comments, as there always are. Whilst the majority have reacted in a positive way, one or two are not impressed. It is impossible to please everyone and there will always be the select few pessimists, regardless. To shake out these pessimists, Doodles had another big announcement for its community.

Doodles also shared the exciting announcement that musician Pharrell Williams will be joining their team as Chief Brand Officer. In his new role, Williams will help to create and shape Doodles’ approach to artwork, music, consumer products, events and animation. A pre-recorded message played at the event showed Pharrell saying “I’m a big fan of the brand” and “We’re going to build from the core community outwards and bring Doodles to new heights, new levels”.

In addition, Williams will serve as executive producer on an upcoming album of music inspired by Doodles. It will be called “Doodles Records: Volume 1” and released in partnership with Columbia Records. The Doodles album will include other major recording artists and be available across a variety of streaming platforms, but will be only sold as an NFT. The artwork will be featured from the OG artist, Burnt Toast himself.

Alongside this big news of Pharrell joining the team, Doodles also announced that Seven Seven Six led a funding round for the project.

Also, a Doodles game is being developed. It really does look like Doodles are bringing the heat and stepping up its game.

Given the team’s track record and incredible ability to execute, I’m sure they will not disappoint. These updates have been timed perfectly at NFT NYC. Will there be more details drip fed over the course of the event? Who knows, but I for one certainly hope so.