Warner Records UK has partnered up with Bose, the American audio equipment behemoth to launch an NFT collection. 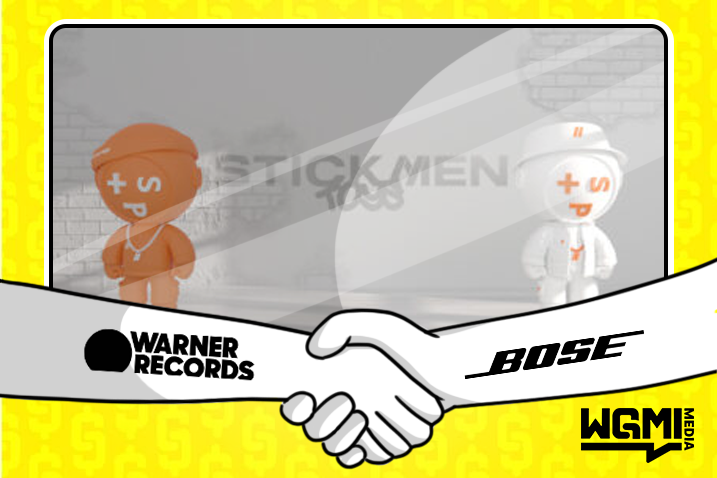 Warner Records UK and Bose, both leaders in their own industries, have decided to team up and become a dancing duo to launch a free-to-mint NFT project called Stickmen Toys. On July 8th, both organizations shared a Tweet announcing their collaboration. The Tweet claimed that they are going to “offer a first of its kind NFT collection. The collection will consist of 5,000 unique, utility-enabled, audio-visual NFTs.” Each NFT token will be an avatar consisting of a blend of fashion and music, with its own 30-second soundtrack. The soundtracks will consist of basslines, melodies, sound effects, drums and original voice samples.

Collectors that are fortunate enough to mint a rare Bose avatar will be able to claim free, 1 of 1, limited edition, Bose x Stickmen Toys hardware, as shown in this Tweet. In addition, all NFT holders will get access to exclusive Stickmen Toys x Bose merchandise. Sounds exciting? Here is everything you need to know.

Bose is an American manufacturing company that produces and sells high-quality audio equipment. It is best known for its home audio systems, noise-canceling headphones, and speakers. Bose has amassed over 230k followers on Twitter and It has previously partnered up with artists such as Arlo Parks.

Stickmen Toys is going to be the creation of the two establishments. It has also been reported that other tech-culture partners will be involved, such as Kapsule and Probably Nothing,

Warner Records UK is going to be the first major record label to give holders full IP rights, meaning they will have complete creative and commercial freedom. What does this mean? It means that the holders will have full copyright ownership of the NFTs and they will be able to do with them what they please. Warner Records Vice President, Seb Simone, said:

“NFTs present a powerful extension of the artist-to-fan relationship, giving people the opportunity to invest in an artist’s future success and providing them value along the way. We’re proud to be the first major label providing collectors with authentic and meaningful ownership of the underlying audio-visual copyright, free to collectors.”

He then added that Warner Records are thrilled to be partnering up with Bose to add more value and creativity to the project. It appears to be the perfect partnership.

In addition to the utilities and benefits stated above, holders will have the right to vote on the future developments of the project. After this, holders will have access to ‘The Playground, a place that will grant access to live events, streetwear, and physical collectibles. To top it off, holders will have a chance to receive rewards from future brand collaborations and priority access to all future Warner Records NFT collections.

Will it succeed? Only time will tell. The vision and utility sound very similar to many other NFT projects, and given the current market climate, it’s going to take something special to excel. We have seen other Web2 brands or celebrities enter the Web3 space, only to fail miserably. Web2 success does not always translate into Web3 success. This is something that these brands will