Yuga Labs, one of web3’s most prominent names, has stated that there is a ‘persistent threat group’ that’s targeting NFT communities. 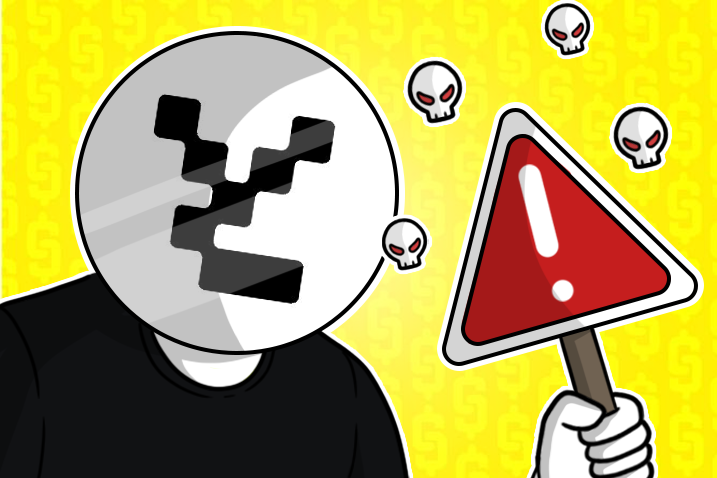 Yuga Labs, the company behind Bored Ape Yacht Club, has released a statement, detailing a ‘persistent threat’ that plans on targeting multiple NFT communities. Yuga Labs has stated that the scammers typically attempt to attack communities through compromised social media accounts, an issue we’ve been seeing a lot within web3 recently.

Our security team has been tracking a persistent threat group that targets the NFT community. We believe that they may soon be launching a coordinated attack targeting multiple communities via compromised social media accounts. Please be vigilant and stay safe.

Scams are not new to the world of NFTs. Users have been scammed through phishing links, social media accounts, impersonations, and much more, leaving web3 a vulnerable place for those who don’t take precautions.

Many have decided to take precautions considering this is not the first time Yuga Labs have issued a warning that ended up materializing. In June, Gordon Goner, issued a warning to members of the NFT community, citing a possible attack on accounts associated with Yuga Labs. While Twitter cemented security around the accounts, a Discord hack still occurred with members of the BAYC, MAYC, and Otherside groups being exposed to a phishing link.

When asked for more information regarding the topic, no one received a reply from Yuga Labs. In response to the tweet, both project founders and investors have been left rattled, with everyone wondering where the information has come from. The past few months in web3 have been filled with theft, lost funds, and compromised accounts, leaving everyone on edge.

In just the last week, Premint NFT, a popular NFT platform, lost $375,000 worth of ETH and 314 NFTs to scammers through phishing links that were embedded into the JavaScript code on the premint.xyz website. Deekaymotion, a prominent NFT artist, also had his Twitter hacked and used to deploy a fake minting site for his popular NFT collection, LetsWalk.

While many assume that unprecedented hacks only affect small to medium NFTs communities, that is not the case. Projects such as Clone X, Doodles, BAYC, and Kaiju Kingz have all experienced hacks, while major players such as OpenSea, Rarible, and Premint have all seen major hacks resulting in losses upwards of $300,000. Scams have been a recurring issue within web3, with investors, founders, and companies still searching for a viable solution.