Tomorrowland, one of the world's biggest festivals, has just dropped an NFT collection. Here’s why it is important. 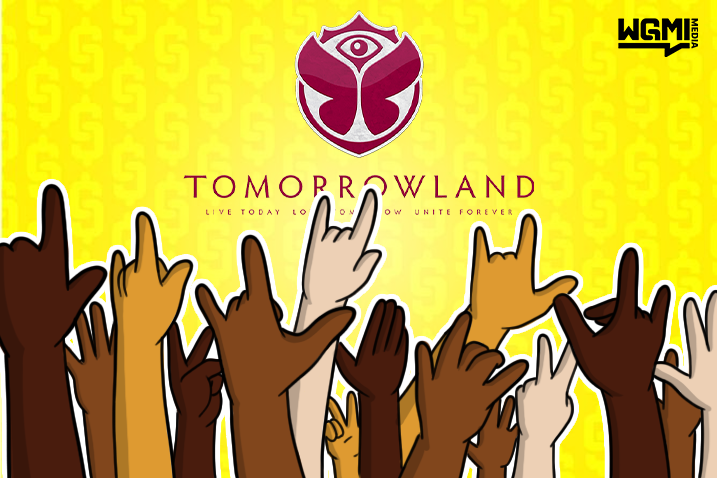 If you are a festival goer or a music enthusiast, then no doubt that you would have heard of Tomorrowland before. Tomorrowland is an electronic dance music festival that started in 2005 and is held in Boom, Belgium. Tomorrowland initially welcomed 10,000 attendees in 2005, but now welcomes more than 600,000 guests annually.

On Friday the 15th of July 2022, Tomorrowland launched its second NFT collection on the Solana network. The official organizers are taking the NFT route to promote the festival, which is very bullish for mass adoption in the future. Tomorrowland’s main Twitter page has an incredible following of 2.3 million, in other words, a large audience.

Tomorrowland has decided to launch over three collections. Theses are:

Each collection is said to consist of a 6,500 supply and they will have different utilities. A Letter From The Universe is already sold out and can be purchased on FTX and it currently sits at a floor price of 5.98 SOL. The Reflection Of Love is currently minting on Magic Eden and 54% (3,573) tokens have already been purchased.

What Is The Utility?

All Tomorrowland NFT tokens will act as a gatekeeper and grant exclusive access to a NFT holders members club. Being a member allows you to access secret gigs at the festival, enter holders only raffles, get hold of VIP tickets, enter the holders only section of its Discord server, invitations to exclusive events, new merchandise, airdrops, pre-sale access, access to future NFT drops and more. While these utilities are nothing new, Tomorrowland is doing something unique called the ‘Medallion Of Memoria’.

If you collect all three of the NFT tokens, you can exchange them for a ‘Medallion Of Memoria’. The Medallion Of Memoria is a badge of honor, which will give the holder special access to all future Tomorrowland festival tickets, even if they are sold out. For those who love festivals, this is a no-brainer as it will provide a ton of value.

Tomorrowland always sells out within minutes of going live, so holding the medallion would ensure that acquiring a ticket is a stress-free process. The ‘medallion’ can also be burnt for 1 Full Madness pass to Tomorrowland Belgium, amongst other utilities. Is it worth it? Well, that’s subjective.

Why Is This Important?

As Tomorrowland ventures into Solana NFTs, it could be a major catalyst to help onboard more people into Web3.

When thinking of NFTs, the majority will only think of profile picture projects or visual art-based projects, but Tomorrowland’s tokens are proving to a broad audience that it can be so much more. As mentioned previously, the festival holds just over 600,000 people and tickets always sell out immediately. As a result, the waitlist is enormous!

So what does this mean? It means that tickets are tough to get, and NFTs could be a perfect solution. The cliche saying, “bridging the gap from Web2 to Web3,” is thrown around a lot, but the Tomorrowland collection is stepping it up a notch. It empowers holders to exchange their NFT tokens for real-life utility with inherent financial and social value. This is real-life utility, something we are yet to see much of in the NFT space.

This could solve the common Web2 problem of buying tickets for majorly excited and popular events. One other example would be Glastonbury Festival in the United Kingdom.

It’s an exciting time for us degens as more and more events, and collaborations like this are happening now. Browsing through Twitter, it appears that many others are excited too.

It is incredibly exciting to see how other brands will adopt Web3 technology and implement NFTs. The possibilities are endless and we’re only just getting started.