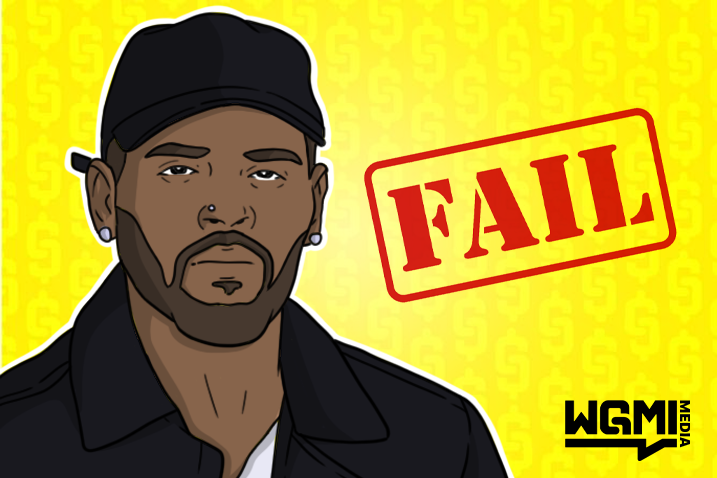 Chris Brown, a world renowned name which needs no introduction. While his achievements have led to him being referred to as one of the most successful R&B artists of his generation, this success has not followed him into Web3.

Chris Brown recently launched his NFT project, The Breezyverse. A collection of 10,000 3D animated NFTs with sound and visual effects implemented on the Ethereum blockchain. The Whitelist mint was $350 USD and $420 for the public, that’s quite expensive if you ask me. The Litepaper states that free VIP concert tickets, backstage passes, meet and greets, a variety of wardrobes, video calls with Chris and original art are amongst the perks for token holders.

With 114 million followers on Instagram and 32 million on Twitter, you’d imagine that selling 10,000 NFT tokens would be a breeze for Chris. However, this has not been the case. The mint has been live for more than a week now, and only 291 NFT tokens have been sold. Adding salt to the wound, only 10 tokens have been traded on OpenSea. To put this into perspective, that’s only 0.000199% of his total audience. Pretty disastrous, right?

So why is this the case? Well, it can be put down to several reasons. Here are the main ones.

One factor is the marketing. The project leadership and go-to-market strategy was awful. It’s almost as if the team felt that they were able to piggyback Chris’ real life success, expecting it to translate to an instant sell out without proper marketing. Typical marketing methods are out of touch with Web3 and this attempt solidifies that.

In a bull run when there are a lot of new users, celebrity status may be enough to build the hype to mint out a project. In a bear market, this is not the case. NFT traders are getting smarter and they are able to sniff out cash grab intentions from a mile away.

The serious lack of engagement on the collection’s Twitter page is indicative that no one was excited for this project. Trying to launch the collection that nobody seemed to care about was an absurd idea, especially in this brutal bear market.

Another issue is the assumption that Chris Brown himself, as well as the average Chris Brown fan, does not invest in Crypto or trade NFTs. There was little to no effort put into helping onboarding or educating his existing audience, who should have been the target audience. A short tutorial breaking down where and how to buy Crypto, how to make a wallet, how to mint an NFT, and how to navigate OpenSea could have been a game changer. If he was trying to leverage Web3 technology and genuinely engage with his fanbase, things would have gone differently.

At present, Web3 is not a user friendly space. NFT natives forget how inaccessible Web3 platforms are to the non-native. A smooth transition from Web2 to Web3 relies heavily on education and guidance. None of which were offered by Chris or his team.

The final factor that contributed to the failure is the lack of utility value. The utility stated in the Litepaper would only cater for a die hard Chris Brown fan. I may be wrong, but I think that it is highly unlikely that many existing NFT enthusiasts are die hard Chris Brown fans, so this refers back to the lack of educating and onboarding. In addition, I highly doubt that many NFT enthusiasts care enough about wardrobe access and video calls to spend their hard earned cash to gain access.

With regards to the physical utilities, such as free VIP concert tickets, it creates logistical issues. What good is a ticket to a concert in the USA to a degen located in India? The whole thing was planned poorly and the outcome was deserved.

This example goes to show how difficult it is to launch a successful NFT project, particularly in the bear market. A founder or team must understand NFT culture and have an abundance of personal experience under their belts to even stand a chance. With the incredible resources and connections that people of this caliber have at their disposal, they could create something huge if planned properly.

Hopefully this will be a lesson to the next celebrity who tries to enter the Web3 space blindly.