What Went Wrong With The Kuma Boss NFT Mint Phase 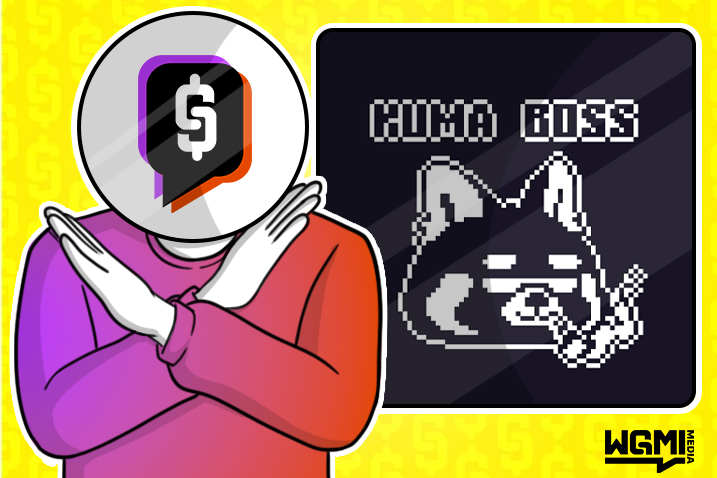 Just recently, Kuma Boss launched its NFT collection, only to be met with several problems. The issues weren’t solely limited to the smart contract, but also with regards to Whitelisted people not being able to mint and shady behavior from the project’s developer.

First of all, What Is Kuma Boss?

Kuma Boss is a NFT project which fits the current free-to-mint degen narrative. The collection consists of 5,555 pixelated bears (Kuma is Japanese for bear) and it has a heavy focus on building lore around Kuma Bosses who oversee shadowy organizations. Being a free mint, it’s no surprise that the collection sold out immediately. Just after launch, there was incredible volume and sales were being recorded at 0.15 ETH before the price corrected.

Not long after its mint, the founding team posted a long thread outlining everything that went wrong. The first issue outlined was the smart contract. In brief, the team launched the smart contract on OpenSea incorrectly as they labeled it as “testingggg”, which had downstream effects.

“This was the name of the testnet collection and we had changed the name of the collection on https://testnets.opensea.io/ to KumaBoss and updated all relevant details. We assumed that this would carry over when we launched our contract on mainnet, we were wrong”. This opened the door to a plethora of other issues.

“Once we launched, we saw the name on OpenSea and our brains went into a state of panic so we thought the best plan of action was to pause the mint and put out a tweet stating that we will be launching a new contract and everyone who minted will be airdropped a free NFT.”

“We quickly realized the flaw in this being that those who bought off secondary would be left without compensation so we deleted the tweet.”

After this fiasco, the team eventually decided to consult with an experienced developer who advised them to just keep the contract and update information on OpenSea. The problem was that because many had already seen the Tweet, many people had already sold their NFT token thinking that there would be a new contract, and as a result, they ended up with nothing.

If all of this wasn’t enough, there were also issues with the Whitelist allocation. Many people who were reportedly on the Whitelist were unable to mint. Thus, causing a further uproar.

As if the existing issues were not bad enough, to add salt to the wound, there was a lot of FUD circulating as community members began accusing the team of reserving the 1/1s in the collection. One of the developers managed to get his/her hands on a 1/1 from the 200 tokens reserved for the team. They then sold it for a premium price, which some people regard as suspicious. When questioned, the Kuma Boss team stated that it was “pure luck.”

Something else that also caught my eye is the fact that the Twitter page was only created in June 2022. Despite the page only being live for a few weeks to a month, and during a brutal bear market, it has supposedly gained a staggering 199.7k followers. The short time period, in combination with average Tweet engagement, suggests a large number of fake followers.