Menu
CONNECT WALLET
In the Wednesday newsletter, we take a closer look at some of the high profile projects that launched this week. We also reveal some of the projects on our radar that will be launching soon. 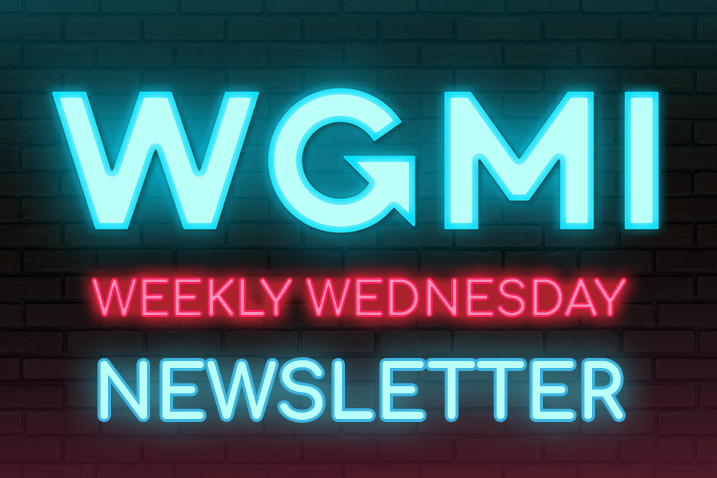 NFT of the Week: We Are All Going to Die

We Are All Going to Die took the free-to-mint and degen hype train that goblintown.wtf and similar projects started and added its own spin to take it to another level. Every day the project releases new information about the project’s storyline, as well as the latest price action of their collection on the secondary market to keep people constantly engaged and, most of all, entertained. In addition to cryptic tweets using a medieval-style calligraphy font, the project has also incorporated the use of voice actors, which have been used to enhance and develop the storyline behind the WAGDIE NFT collection and its characters. This free-to-mint project has already seen sales of 69.42 ETH and 45 ETH for a few of their rare trait NFTs, which is an incredible feat for any free mint project. The ‘We Are All Going to Die’ collection has seen more than 8.8k worth of trading volume in only 4 days since its launch, and the collection floor price is currently sitting at 1.49 ETH with plenty of support.

‘We Are All Going to Die’ in numbers

The We Are All Going to Die collection is created by an undoxxed team whose identities remain undisclosed at this time. The WAGDIE project has no website, roadmap, or even a Discord server, so any information available is extremely sparse and limited.

The marketing strategy has been quite simple and extremely effective to underpromise and overdeliver.

First, they promised to be a free-to-mint project following the likes of goblintown to get the NFT community interested. Then they have underpromised by stating they would not have a website or roadmap, but at the same time, they have been developing their lore and tweeting several times a day like clockwork.

Their tweets involve many sneak peeks, additional lore development, and professionally created voiceovers of various characters to keep the community excited and engaged. At the same time, no one knows the direction the WAGDIE team is taking or what they are working on, as everything is based on speculation and kept under wraps.

Unlike most other free-to-mint degen projects, it seems WAGDIE has a ton of things that have been pre-planned and/or are getting developed which is apparent when looking at their Tweets.

“There is no roadmap. Only death.”

Despite having no Discord server or website, the WAGDIE team has managed to create a cult-like community within the NFT space. Looking at their Twitter feeds, the WAGDIE team has been making a splash making never before seen plays in the NFT space. For example, less than 48 hours ago, the WAGDIE team burned a mutant ape during a Twitter Spaces event which ended up creating discourse in the NFT space followed by plenty of buzz for the WAGDIE project. By effectively burning the NFT, nobody owns the burned mutant ape #20438. One Twitter user by the name of @0xWrangler pointed out that now anyone can use MAYC #20438 without any worries for copyright infringement because no one has any legal standing to sue someone else for using the ape in a commercial capacity because no one technically owns the NFT any longer (although this is debatable). It is now owned by no one and everyone at the same time. Making moves such as this while tweeting about it has brought a lot of attention and a cult-like following behind the WAGDIE collection.
WGMI

Goblintown.wtf is a 10k generative 2D PFP collection of ugly goblin NFTs residing on the Ethereum network which was a free-to-mint project. It was created as a meme depicting how traders felt near the beginning of the NFT bear market, beginning its mint phase on May 21st, 2022.

Goblintown.wtf was last week’s WGMI project of the week where we covered the project while it was trading at around 1.4 ETH. Despite having no roadmap, no obvious utility, no Discord, and an undoxxed team, goblintown has performed better than almost any other NFT project since its launch. Some of the reasons behind goblintown’s unprecedented success can be found in a recently published article by WGMI Media.

Goblintown’s average floor price reached a high of more than 9 ETH during its peak last week, and it currently sits comfortably at 5.64 ETH. Since its launch, the collection has seen more than 31.9k ETH in trading volume which is unprecedented for a free-to-mint collection generating more than 200x gains for investors who were able to mint several goblins for free minus gas fees.

ShitBeast is a 10k collection of MEME-based NFTs of beasts that are comprised of poop. The project has no community, roadmap, or a Discord server, but this didn’t stop the ShitBeast collection from mooning. Unlike a few of its free-to-mint degen counterparts, Shitbeasts art helped to set them apart as being more detailed. The lore behind ShitBeast is nonexistent, and their main slogan of, “Your NFT is Just A Fucking Piece of Shit” has been well received by the community, and has really hit home for many degen investors. The floor price of this collection sits at 0.749 ETH at writing, and the collection has seen more than 3.2k ETH worth of trading volume since its launch less than 3 days ago. The ShitBeast collection has also been seeing a consistent amount of trading volume each day, which has been ranging between 600 to 1,600 sales transactions every 24 hours.

Troll-town.wtf is a derivative NFT collection with a total supply of 9,999 trolls. The first mint was free and any additional mints cost 0.03 ETH without a maximum limit during the mint phase. Troll-town is another project that ended up riding the free-to-mint degen hype train due to the unprecedented success of goblintown.

Troll-town has added its own utility so those who hold three or more trolls are eligible to receive a future $Trolltown token airdrop, as well as gain access to their future land sale and mutational elixirs. Troll-town has also managed to create several of its own slogans and terminologies like “Trollhands”.

Marketing seems to be a big part of Troll-town’s strategy as they have multiple tweets every hour marketing the success of their collection. One tweet mentions that one person ended up minting 100 trolls for $5,331 and that amount is now worth more than $62,195 when looking at the Troll-town floor price. Clever marketing tactics such as nonstop tweets to shill their project has been creating a lot of FOMO as well as an incredible amount of sales volume.

The current floor price of troll-town.wtf sits at 0.43 ETH, and the collection has seen more than 1.5k ETH worth of trading volume since its launch only 2 days ago.

For The Culture is one of the latest free-to-mint MEME projects on the Ethereum Network that has garnered a lot of attention and success. For The Culture (FTC) is a collection of 6,969 MEME-based NFTs, and the project comes without a roadmap or any utility. FTC took the world by storm by not only being a free-to-mint project, but everyone who minted was airdropped 0.01 ETH so in a way the collection paid people to mint (minus gas fees). Unlike many of their free-to-mint degen project competitors, FTC has its own website as well as its own Discord server which shows they are actively trying to build out their community. ‘For the Culture’ has a floor price of 0.399 ETH at writing and the collection has seen more than 1.5k worth of trading volume on OpenSea since its launch this week, making this one of the top trending collections for the week.

Dobies is a community-driven NFT project which will be free to mint, and they have been under development for many months, even before the rise of goblintown and the other degen free-to-mint projects that have recently become popularized. The Dobies team is focusing on creating an organic community rather than having an over-numbered one. You might be wondering “what makes Dobies different from other projects?” It’s simple: No roadmap, No promises, Just vibes. We’ve seen other free mint projects like illogics do very well right off the bat. Releasing a collection for free shows the community that the project founders are confident in recouping their investment from secondary sales and focused on building rather than cash grabbing or even worse, rugging.

The Dobies team told WGMI in an interview that they have plenty of experience in the NFT space. They have also secured many notable collaborations with respectable projects and influencers such as Dark Echelon, Karafuru, Kaiju Kingz, Champs Only, and several other blue-chip projects. Another point to mention is the rate at which their Twitter base has been growing, going from 0 to 100k followers in just 10 days which is possibly the fastest social media growth ever seen by any project in the NFT space. Being a free-to-mint project, Dobies is definitely a project to keep an eye on considering the current free-to-mint meta and the success that other projects like goblintown and troll-town have been able to attain in recent weeks.

Aswang Tribe is the second project from Aswang, it is a collection of 3,333 NFTs on the ETH blockchain. Much like his first project, this will be inspired by the rich folklore and mythology of the Philippines.

These Genesis Aswang will be divided equally into 3 clans:

The artwork is extremely attractive, featuring highly stylised characters that will absolutely turn some heads.

Furthermore, after mint an additional 3,333 “Manananggal” Aswang will become available to holders.

Inspired by the Filipino Aswang, which is a term used to describe evil creatures within the country’s folklore, the Aswang Tribe will be full of beasts from the nation. Lead artist and founder, Aswang, will be bringing us his second project. This time with a team behind him.

Aswang’s original collection was a solo project, consisting of just 136 tokens and sitting at an impressive floor price of 2.5 ETH on OpenSea. This team effort for the second project is more ambitious. Their goal is to become the first Filipino “blue chip” NFT collection.

After mint, the Web3 based Aswang Tribe community will have the opportunity to stake their mythical beings for utility tokens known as $DUGO. Each staked Genesis Aswang will produce 5 $DUGO per day. These tokens will grant access to exclusive opportunities and features that will be added to the project over time with the first being the breeding of a new species of Aswang.

It looks as though Aswang Tribe has everything in place to become a successful NFT project. Backed by its absolutely beautiful art and a team led by an artist who has first hand experience at building a 100+ ETH collection, albeit at a much smaller scale. The community is rock solid and through the amazing work of their community manager, it can be expected that this will remain the case as new games and activities are rolled out to keep it alive. This is key for a strong ecosystem.

Additional 3,333 introduced after mint for holders

Which was your favorite NFT meta?