A quick look at the NFT market over the last 24 hours... and it doesn't look too good. 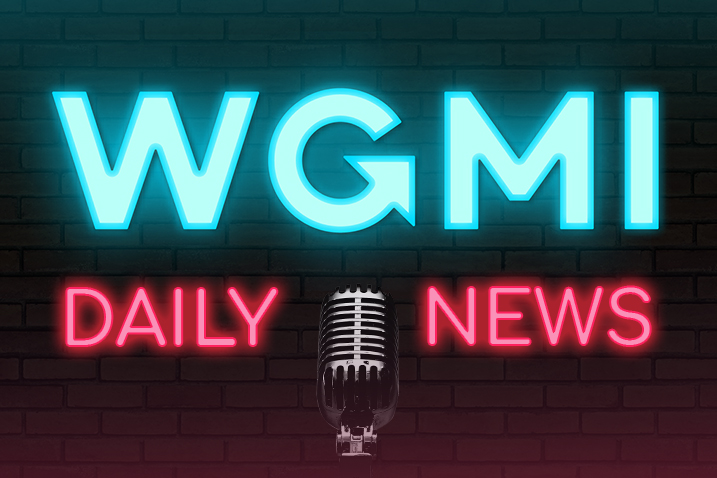 The NFT market has been seeing quite a lot of volatility over the past week as we have been seeing large fluctuations in trading volume and in some cases as much as 59.3% overnight. This shows the level of fear, uncertainty, and doubt that is spreading across all financial sectors due to the recent interest hike by the FEDs, and the NFT space seems to be no exception.

A sea of red in the crypto markets yesterday, as the loss of UST stablecoin’s 1:1 dollar peg (and the resulting 96% plunge of LUNA to $1) caused a wave of doubt in the future of algorithmic stablecoins and the cryptomarket generally. Amidst a general bearish downtrend, the result is the global crypto market cap losing over 13% of its value in the last 24 hours.

LUNA is the native token of the Terra blockchain. LUNA is built to absorb price volatility of TerraUSD (UST), an algorithmic stablecoin. UST’s failure to maintain its $1 peg, therefore, makes LUNA essentially worthless. Luna is down 99% over the last 24 hours at $0.019.

After insight appeared to be at a standstill since the contentious Otherdeeds land sale, the Otherside metaverse has now unveiled snippets of what its lore will entail, what roles its users will play within the ecosystem, and how they will interact with Otherdeeds, resources, artefacts, and Kodas.

Such information can be found in the ‘Obelisk’ tab on the project’s website, which is headlined with the tagline ‘The Voyager’s Journey,’ followed by insight into 11 different elements of the project.

These elements include ‘First Trip, ‘The Codex,’ ‘Koda Origins // The Decoupling,’ ‘The Growth,’ ‘The Agora,’ ‘The Dream,’ ‘The Choice,’ ‘The Settling,’ ‘The Toolkit,’ ‘The Aeronauts,’ and ‘The Rift’. For now, it remains unclear as to when each of these elements will be rolled out, however upon reading them, it is clear that the Otherside will be a virtual ecosystem which will be moulded by Voyagers (i.e. Otherdeed holders). In addition, it appears that ‘The Agora’ will essentially serve as a marketplace where Voyagers can ‘buy, sell, barter, and trade’ for what they need, where crafting (through what we can assume to be resources and artefacts) will also be an option.

Otherside also dropped a mini ‘tech demo’ video which depicts the project’s ‘First Trip’ element. Here, you can see the 3D Bored Ape character from the project’s original teaser trailer traversing across different terrains, including a swamp-like environment which could perhaps be a ‘Biogenic Swamp’.

And here’s a sneak peak of the First Trip, the tech demo from @Improbableio. Can’t wait to share the experience with you. pic.twitter.com/jgkf6wTrFB

After revealing his previous involvement in rug-pulled projects Cryptophunks, Tendies and Cryptozunks, industry figure Zagabond has returned to Twitter to respond to the seemingly unforeseen backlash which came his way.

Zagabond began his 6-part thread by apologising to the communities in which he walked away from, as well Azuki holders, and those who believed in him.

As many were outraged by Zagabond dubbing the Cryptophunks, Tendies and Cryptozunks projects as ‘learning processes’ (with the likes of Zachbxt meme-ing him for this), he then went on to admit that the handovers should have been met with more transparency, communication, and care.

To try and resolve these previous failings, Zagabond stated that full control of contracts will be handed over to the communities of previous projects, while a system to redistribute funds will also be set up.

In an effort to prove dedication to the Azuki project (i.e. the only community Zagabond appears to be working with currently), calls for community feedback will be set up, in order to hear concerns and to improve transparency and communication.

Of course, a simple Twitter thread in isolation isn’t going to make much of a positive impact to Zagabond’s immediate reputation, which is why the thread’s responses are still distilled in animosity and intolerance. With this in mind, it will be interesting to see how long the contentious NFT figure continues his self-reviving prophecy, and more importantly, how his previous, current, and future behaviours will affect the long-term dynamics of the Azuki NFT project and its surrounding community. The Azuki collection floor price is now down to 8.6 ETH, while the BEANZ collection has tumbled to 1 ETH.

After the spaces today, I realized my shortcomings in how I handled the prior projects which I started. To the communities I walked away from, to Azuki holders, and to those who believed in me — I’m truly sorry.

@WGMI_Studios will be holding a twitter space on May 12TH 7PM EST to interview the @cubexnft team, with @dylanshub_… https://t.co/uiT0TkzLXv

@WGMI_Studios interview with the @KarafuruNFT team is starting right now!
Come join us if you want to learn more a… https://t.co/Dprkm6rf30

@ryandcrypto The WGMI Upcoming Projects Calendar has all the projects that should be on your radar AND has a deep d… https://t.co/YE2l0nybil