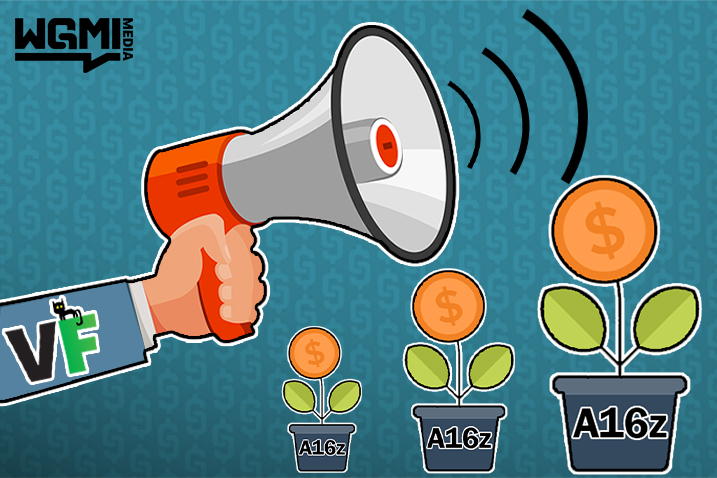 Venture capital firm Andreessen Horowitz (a16z) has invested $50 million into VeeFriends, a popular NFT collection founded by Web3 icon Gary Vaynerchuk. After launch on May 11, 2021, the collection has continued to gain traction, eventually landing at a floor price of 7 ETH. Gary Vee has stated that the project will use the funds to continue the development of the physical, digital, and in-person intellectual property rights of the 283 VeeFriends characters. Besides character progression, the team will utilize the cash injection to hire new employees and continue growing their team.

gm! I'm very excited to announce that @a16z crypto is leading a $50M round in @veefriends. We look forward to helping the team fuel expansion plans for its creative, technical and experiential operations that support the growing Web3 community! https://t.co/p2KN3SPMGT

The investment comes a few months after a16z announced their ‘GAMES FUND ONE’ initiative to invest $600 million into the Metaverse, Web3, and NFTs. After approving the new campaign, the venture capital firm quickly made investments into projects such as VeeFriends, adding to the growth and development of the space.

A16z has mentioned VeeFriends’ ability to keep a digital persona and offer utility in the physical world through the form of events. Each year, NFTs continue to grow, meaning more investors will attend events such as VeeCon. Since the release of VeeFriends, the collection has amassed over 200,000 ETH ($320 million) in primary and secondary sales, solidifying its role as a blue-chip collection. After the project’s continued success, it released a second project called ‘VeeFriends 2’. The project hasn’t reached the heights of the original but does offer a cheaper option for those looking to enter the VeeFriends ecosystem.

“Not only is VeeFriends an exciting NFT project, but it also provides offline and in-person utility through curated experiences like VeeCon. The sold-out conference brought over 7,000 NFT ticket holders together for an incredible week of informative conversations on web3, live music, and networking all anchored around VeeFriends community. Gary and the VeeFriends team are building an engaged community through unique content and experiences, tied together through the power of web3,” stated Chris Lyons on an a16z blog post.

Recently, the firm invested $25 million into Co: Create, a protocol designed to help grow NFT projects and aid them in launching their native tokens. It’s clear that a16z believes in Web3, and soon we will see the outcome of its investment.