Tony Hawk To Build ‘Largest Virtual Skatepark Ever Made’

World-renowned skateboarder, Tony Hawk, plans to build the worlds ‘largest virtual skatepark ever made’ in The Sandbox. 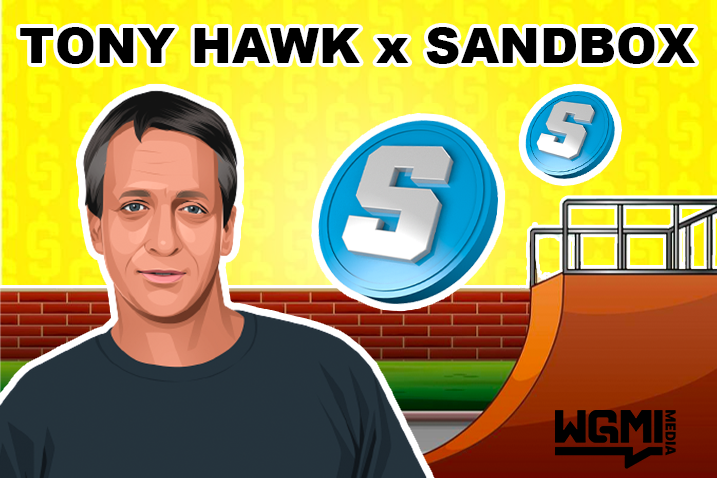 Famed skateboarder, Tony Hawk, has joined the long list of celebrities to enter the metaverse. On July 13th, the award-winning skater announced that he plans on building the ‘largest virtual skatepark ever made’ through a partnership with The Sandbox.

While Hawk’s skatepark symbolizes his first step into the metaverse, it’s not his first rodeo in web3. In December of 2021, the skateboarder released his first NFT collection on Autograph, an NFT platform founded by NFL star Tom Brady. The announcement of Hawk’s skatepark came after the partnership between The Sandbox and Autograph.

“I have been a fan of new technology all of my life, from the first video games and home computers with CGI capabilities,” Hawk said in a video announcing the news. “So I am fascinated by the metaverse, and excited to bring our culture into the virtual landscape of The Sandbox.”

To many, Hawk joining the metaverse doesn’t come as a surprise. Considering the skateboarder has twenty games to his name, it was only a matter of time before Hawk shifted to web3. While exploring the virtual world, users will have access to a multitude of clothing, skateboards, as well as player designs.

The avatar NFTs released during the launch will be inspired by some of Hawk’s greatest achievements. For example, the outfit that will be released post-launch will commemorate the 1999 X Games, a monumental moment in skateboarding history where Hawk landed the first 900.

The Sandbox has continued to grow as of late, holding notable names such as Playboy, Tony Hawk, Snoop Dogg, Atari, and Adidas within their metaverse. The recent surge of metaverse adoption has caused both companies and individuals to search for a spot within the virtual realm.