Upcoming free mint, Mooncatz, has picked up momentum leading up to the mint on July 25th. 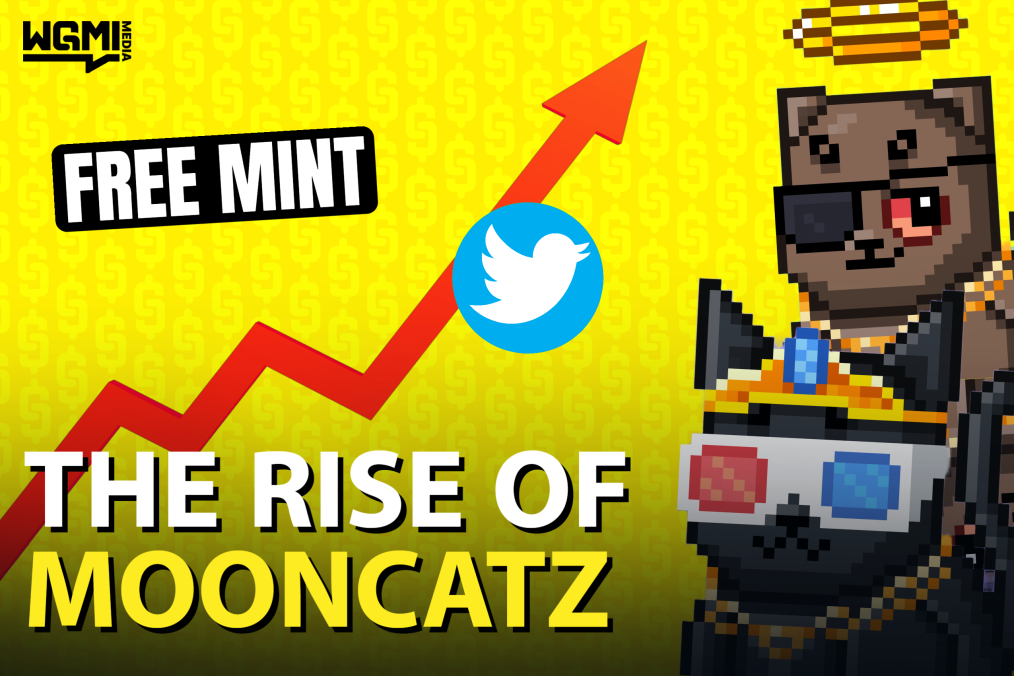 Mooncatz, an upcoming collection, has begun to garner interest in the NFT community. After announcing the project on July 17th, the mint immediately began to gain momentum within web3, considering its resemblance to the famed collection, Moonbirds. Following the current meta, Mooncatz is a free mint. A system where projects profit through secondary sales instead of the initial mint, a strategy that benefits both founders and minters. The collection is coming to the Ethereum blockchain and will have 5555 tokens. According to the team, “The Catz are about to take over the world.” The first 1000 mints will be free, but after those are gone, each cat will cost 0.0069 ETH.

Mooncatz’s mint date is July 25th, just a week after its release. Even though the collection is a free mint, there will be no public sale. The project has noted that you will need a whitelist spot to mint, because the team prioritizes unique holders stating, “Unique Holders = Healthy Community.” While many rave about free mints like Goblin Town, it’s important to note that Mooncatz is the first free mint to gather over 100k followers on Twitter before launch. The collection selects its whitelisted wallets through Twitter, a practice highlighted by hyped collections such as The Possessed.

The project is community-driven and based on a collective focus that extends beyond Discord. According to the website, there is no Discord or roadmap, just good vibes, allowing the project to grow organically. “This is why we will prevail no matter what the haters say.” As the project nears its mint date, we’ve seen more announcements. On July 18th, the Mooncatz team revealed a deal with iconic collections. “We’ve worked out a very special deal with Moonbird holders… Doodles, VeeFriends, and a few other blue-chip communities… VIP.” There have been 1,100 VIP spots granted and the team has pointed out that there will be more spots coming in the future.

Mooncatz has taken the NFT world by storm, leaving many wondering where the project will land post-mint. From what we have witnessed thus far, there is no reason that the Mooncatz won’t continue in the way it has.