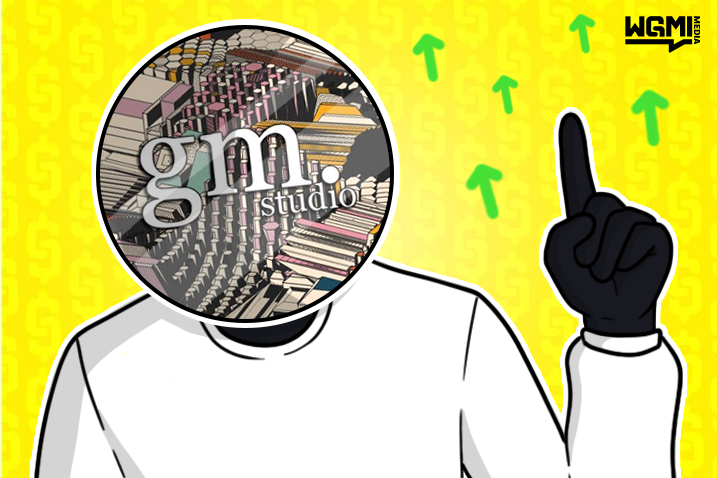 Gm.studios is an artist-led collective that was created by the gm.DAO, a community founded in September 2021 that focuses on NFT investors, collectors, and artists. Using token distribution, the DAO was able to allocate NFTs to their community’s most valued members, in turn creating a tight-knit group centered around art within web3.

The DAO consists of 900 members which include investors, artists, and collectors from around the world. In light of the generative arts recent surge, the gm. token has rocketed from 1.8 ETH to 6 ETH in just 4 days. Considering that the token provides holders with the governance of the DAO, as well as benefits such as auto-whitelisting for upcoming artist-led collections, it should come as a surprise to few.

So uh is it safe to say it's gen art szn? gm dao, more like gm wow

insane volume; i hope when the dust and flippers settle, we have new fans and collectors of generative art who are having fun falling down this beautiful rabbit hole ✨

“Broadly speaking, the DAO was formed based on the principles of etiquette and mutual respect, making our community a haven within a typically hostile environment,” stated the team. “This ultimately resulted in an extremely passionate & engaged member base which we are extremely proud of.”

After the creation of gm. studios, a generative art launchpad, the project focused on creating a happier, healthier place for both artists and the community. In order to distinguish between creators, the team has a panel of artists and collectors who provide valuable feedback and guidance to others, while searching for the next featured project.

Though the DAO is ten months old, gm. studios is new, leaving many shocked at the rate at which it has grown. The general consensus on Twitter is that while PFP projects are likely to fade away, art will always be here to stay.