RTKFT recently launched a hoodie in partnership with Nike for a very high price. Here’s what you need to know. 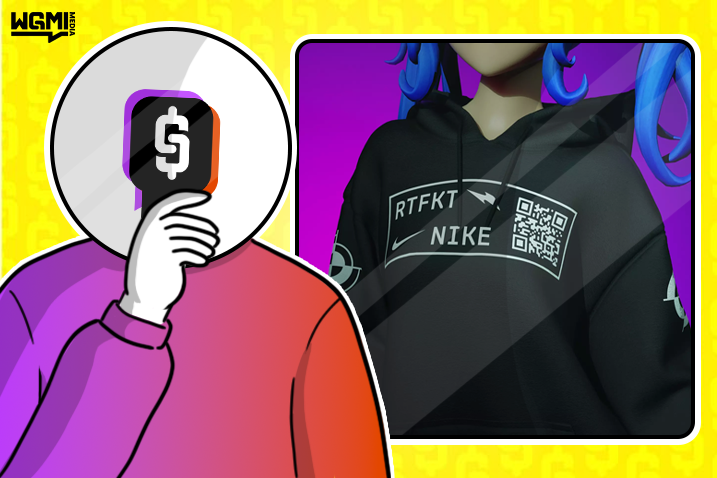 In December 2021, sportswear brand Nike acquired RTFKT, a Web3 digital design studio that produces trainers and other items that can be worn across different virtual worlds and environments. This week marked the official launch of the RTFKT x Nike AIR Genesis Hoodie, which was initially teased in April.

Through augmented reality technology, the hoodie purchased as an NFT allows both Clone X avatars and real-life holders to wear the hoodie. The innovation used to design these hoodies implements something called a near-field communication chip, which enables wireless communication between the physical hoodie and the digital hoodie.

Only July 21st, 2022, the private mint began at 18:00 EST with a total supply of 8,888 and a mint price of 0.2 ETH. At Ethereum’s current price, that equates to a little over $300. This price is something that has received mixed reviews from the community.

As always, by browsing through Twitter, we can find a plethora of opinions from almost everybody. The general consensus seems to be that people are unhappy with the price and that the opportunity to mint is split between holders of Clone X and RTFKT x Nike Dunks Genesis Cryptokicks.

Combining the 12,000 supply of the Nike Dunks collection with the 20,000 of Clone X, there is a total of 34,000 people who may potentially want to mint one of these hoodies. The fact that there is only a limited supply of 8,888 of these hoodies means that only a third of holders between the ecosystems can access them. This is not something that has sat well with many people. Several community members voiced that they believed a higher supply would have been more appropriate to benefit everyone mutually. In addition, there have been several complaints regarding the price. It’s safe to say this launch didn’t go as smoothly as RTFKT would have hoped.

To add salt to the wound, the mint process was an “unacceptable experience”. While it is unclear exactly what happened, a Tweet suggests that there was an issue with the smart contract. Again, causing more backlash from the community. One angry Clone X commented “what the actual ******?! I have 3 CloneX’s and I couldn’t even mint ONE merch? Fix this immediately”. Another added “you guys shouldn’t leave your holders scrambling. It leaves a bad taste in everyone’s mouth. We should be getting standards.”

Perhaps RTFKT should have followed in the footsteps of fellow ‘blue chip’ Azuki. Azuki recently launched its first physical clothing item with great success. Hopefully, this will be a lesson for future collections on precisely what to do and what not to do.

Despite all of this controversy, the hoodies have still been selling and they currently sit at an above mint floor price of 0.36 ETH.