Roo Troop, web3’s first on-chain job marketplace, has decided to part ways with Llamaverse, closing the doors on a long-term partnership that was agreed upon just two weeks after the launch of Roo Troop. 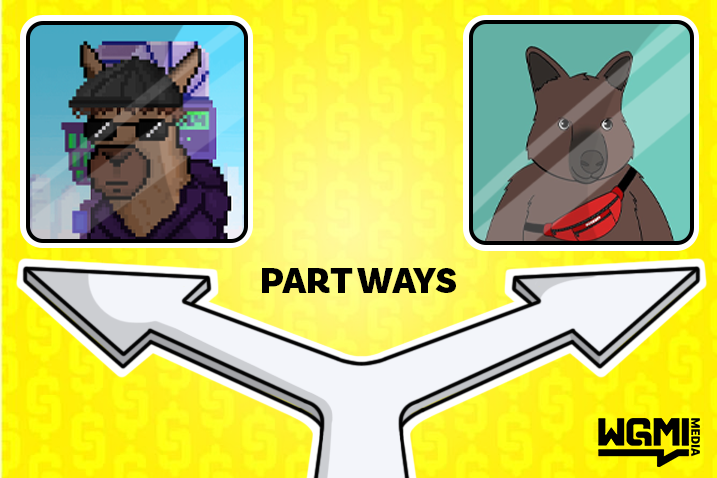 As you've probably seen by now, we (@RooTroopNFT) have terminated our partnership with @Llamaverse_

I don't like to air out dirty laundry, but seeing how this is our longest standing partnership, I feel like I owe it to Roo Troop holders to transparently explain

According to Stone, the founder of Roo Troop, “Today @Hellequinnn (COO of LlamaLabs) put out this announcement regarding their new initiative to start a launchpad & recruitment service, where they will help projects fill roles using an internal database of candidates.”

Roo Troop views the situation’s outcome as a blatant disregard for their partnership. This was brought on by Llamaverse’s failure to include, or even alert Roo Troops, that they were developing Mobius, a new initiative focused on developing a launchpad that includes a recruitment service.

Roo Troops has chosen to dissociate itself with the Llamaverse in the best interest of both parties. “We will be revoking access to the Roo Troop Bounty Hub from LV holders along with the token airdrop & discounted features of the MP,” stated Stone. “We will also be removing LV alpha channels in the Roo Troop Discord.”

Many began to see Mobius as Roo Troop’s competitor, adding to the already existing salt in the wounds. While there seemed to be difficulties on the surface layer, it was revealed that the issues ran deeper than what was being shown. “The LV team consistently kept us out of the loop w/ developments, left us in the dark when we tried to deepen the partnership (WL/Spaces/Announcements), and flat out just did not act like partners.”

Soon thereafter, NFTLlama, the founder of Llamaverse stated, “We are simply doing a launchpad but providing employees on top of training for projects.” NFTLlama has stated that the project is not a job marketplace but rather a launchpad that brings collections, collectors, and creators together while allowing them to possibly find work within web3.

A common question circling Twitter is, “where did the issue arise?” Most users seem to agree that the issue stemmed from a lack of communication, a problem that would have easily been avoided. Stone sees the situation as the Llamaverse starting a competing business without mentioning it to them, even though they were partners; however, NFTLlama views the issue in a different light. He views Llamaverse as starting a launchpad that includes hiring and training, an initiative that’s different from an on-chain job marketplace.

Having a partnership fall apart affects investors more than project founders. By creating two different on-chain marketplaces, both projects start with a foot backward, considering that they lose a valuable partnership. While it seems nothing can be done to mend the situation, founders can learn from these mistakes, in turn creating a better future for web3.