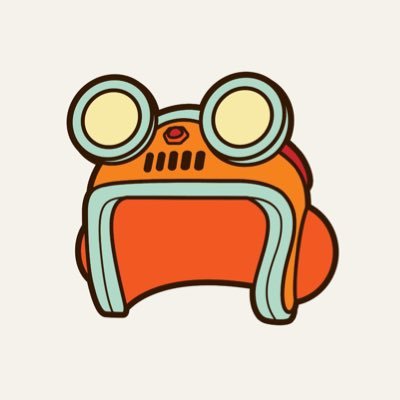 Owange is an upcoming project which is promising a journey filled with friendship, growth and joy. As the third collection from Kong Andri, having previously delivered Owange Genesis and Owangeboy and Frens, this has ambitions to be the largest and best yet. The project came to be following the Tohoku Tsunami that ravaged Japan in 2011. Kong, alongside the art community wanted to use their talents to raise funds for the victims, which is where he came up with the idea of Owange. Inspired by his son’s love of the color Orange, the artist took his son’s mispronunciation of the word and created a collection of figurines that were widely loved across Asia. From there he dipped his toes into Web3 and hasn’t looked back.

Owange features a Japanese art style that wouldn’t look out of place in a Studio Ghibli film. Although we currently lack any details on the roadmap or mint price, it has garnered good levels of hype despite it being early days. WIth two collections under his belt already, Kong will have built a good foundation to build upon for his next adventure.

Currently, there isn’t an official meet the team area to be found within the projects Discord server, nor do they yet have a website. Although a quick browse on Twitter reveals 5 of the core members, who are as follows:

Currently, there isn’t an official meet the team area to be found within the projects Discord server, nor do they yet have a website. Although a quick browse on Twitter reveals 5 of the core members, who are as follows:

Inspired by Japanese and American cartoons he watched as a child, Kong took this and created a successful career for himself as a graphic and toy designer. Having fallen in love with Web3, he now gives his full attention to Owange.

While the history of Luckchan in the NFT space isn’t entirely clear, they seem to have their eyes firmly on the Crypto space. We can see plenty of technical analysis amongst the Owange related posts within their Twitter feed, which boasts just over 15K followers.

Unfortunately, outside of their role as Co-Founder, there is very little information on Brilliant Liu.

Unfortunately, outside of their role as Co-Founder, there is very little information on Shin.

Alongside their role at Owange, Nash is also involved with Indonesian NFT project, The Golden Owl.

If we look at Owange through objective eyes, it’s honestly far too early to make a call on how the project will fair. The artwork is appealing and it appears to be a passion project for Kong and his team with a lore heavy, story driven focus to promotion which is a growing trend. The fact that Kong has worked on 2 projects prior is encouraging. Although both are extremely small in scale and are PFP only collections, they can be considered successes all things considered. Taking a look at Kong’s website where he sells his toys, every item is sold out which suggests his brand is a popular one. The team have lofty ambitions for Owange, but it remains to be seen if they can follow up it.

Much like every other project that launches currently, Owange must overcome this bearish market or it faces the pump and dump trend that’s dominating the space. The team have stated their intention to under promise and over deliver, whilst focusing on community building. At this point these are just buzzwords that we see on a daily basis.

Attractive artwork alone is no longer enough to carry a collection to success and ideally we need to see something attractive to potential buyers such as longer term value in the case of Gents Croquet Club, or free a mint as we’ve seen with Goblintown. With details on mint and roadmap to come in due course, it’s natural to take a reserved stance on Owange as it steps up its marketing cycle.

RT @KosherPlug: Hey @KevinHart4real , seen that your building your Metaverse, we would love to have you come on @WGMImedia to learn more! …

What will the next meta be?

Are you having trouble convincing your friends that NFTs are the real deal? https://t.co/POOHs4WG6b

RT @_AndresSalinas_: JUST IN: Robinhood Shares Jump 15%, Trading Halted After Report That Crypto Exchange FTX Could Buy The Company this is…