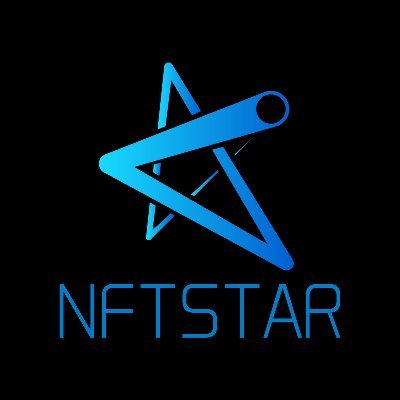 What is NFTStar – Neymar Jr. Fanpass?

NFTStar’s first-ever NFT drop of Son Heung-Min featured Son’s signature camera celebration gesture and his career story. The initial Son Heung-Min Fan pass acts as a form of a PFP NFT, and it was created randomly through generative art. There was a total supply of 10,800 mints for the Son Heung-Min drop, and holders were rewarded with various benefits including, but not limited to, being able to attend online fan meetings, getting Son’s autographed jersey, free airdrops, and exclusive avatars to be used in the NFTSTAR: STARVERSE – their exclusive metaverse.

NFTStar’s – Neymar Jr. Fanpass will be launching their new product line and new collection for Neymar Jr. who is one of the brightest shining stars in the international/professional soccer scene. To qualify for Neymar’s drop, users had to hold four Son Heung-Min NFTs in onw wallet address and register that address in their Discord server before the official snapshot which took place on May 10th, 2022 at 12:00 pm UTC.

The exact details surrounding the Neymar Jr. Fanpass such as the total supply, mint limit, the launch date, and the cost to mint are yet to be announced, but it is expected to occur within the next few weeks according to NFTStar’s official Discord

Much of the information surrounding the ‘NFTStar – Neymar Jr. Fanpass’, its utilities, and the general roadmap for the collection are still yet to be announced. It is still unclear if the Neymar collection will have the same kind of utility as Son Heung-Min’s NFT drop, as it is currently TBD at the time of writing. Stay tuned to NFTStar’s Twitter page and Discord server for the latest official updates surrounding the Neymar drop.

NFTSTAR is a community within a premium NFT marketplace featuring global stars and their individual stories. Powered by the parent company The9 Limited (Nasdaq: NCTY), a global diversified high-tech internet enterprise, the NFTSTAR community platform covers superstars in various fields, including but not limited to sports, entertainment, art, and celebrities in different industries.

The9 Limited (The9) is an Internet company listed on Nasdaq in 2004. The9 aims to become a global diversified high-tech Internet company and is engaged in blockchain business including the operation of cryptocurrency mining and a Non-Fungible Token platform NFTSTAR.

The following information is about the team behind The9 Limited which is the parent company of NFTSTAR. The9 Limited has more than 220 members listed on the company’s official LinkedIn page.

Chairman of the Board of Directors, Chief Executive Officer

Chairman of the Board and Chief Executive Officer

Neymar Jr. is one of the biggest superstars in the world today (next to Ronaldo and Messi), and his first NFT drop is one worth keeping your eyes on. NFTSTAR is also backed by a publicly traded Nasdaq company and tech giant, The9 Limited. The NFTSTAR team has also gained experience with previous NFT drops like the Son Heung-Min collection, and they have shown to be a team that knows how to execute and deliver on their promises.

The floor price of Son Heung Min’s collection is currently below the initial mint price. Although Neymar Jr. is a much bigger superstar, it is unclear how the NFT market will react to this new collection especially due to the bearish trend we are seeing across most financial sectors. Last but not least, the utility behind the Neymar Jr. fan passes is yet to be released which will be an important factor when determining whether or not to mint when they decide to launch the Neymar Jr.NFT collection.

RT @playSHRAPNEL: AMA w/ @WGMI_Studios – May 31st!
We will be talking about our upcoming mint on June 9th!
Twitter Spaces
1PM/PST
5…