The National Football League is set to offer free NFTs at over 100 games during the 2022 season. 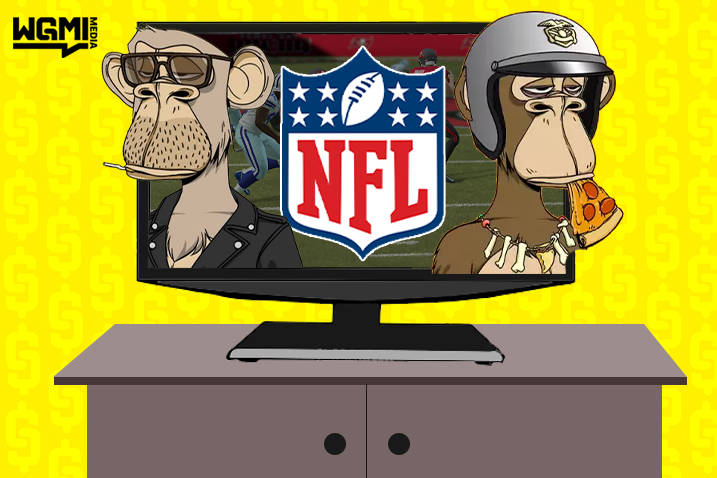 The NFL, America’s biggest sports league, has announced free commemorative NFT tickets to those who attend select games during the 2022 season. In partnership with Ticketmaster, the NFL initiative allows fans to capture, trade, and sell game-day memories via a marketplace that is present on Ticketmaster.

The new ticket campaign will include every first-week game, allowing users who scan their ticket at the entrance to be eligible for the commemorative NFT. The first game which offers NFT perks is Buffalo Bills vs. the Los Angeles Rams on September 8 at SoFi Stadium. In an effort to provide equal opportunity for all supporters, all 32 teams will offer NFT ticket stubs for at least three home games.

While the new NFT campaign has fans excited, it’s not the league’s first rodeo within the space. During last season, the NFL offered NFT collectibles for 21 regular season games, 12 post-season games, the Pro Bowl, and the Super Bowl.

“We still are in the test-and-learn phase of all of these NFT explorations,” said Abby Desai, who works on the NFL’s Club Business Development team. “But we wanted to do something that all 32 clubs would be able to engage with and offer to their fans on a local level.”

The new NFTs will be minted on Flow, a blockchain that offers fast and low-cost transactions. Flow and the NFL have previous experience working together, considering that the league utilized the blockchain during last season’s Super Bowl. Prior to the 2021 Super Bowl, the NFT tickets operated on both the Polygon and Ethereum networks, however, the league made the switch in an attempt to find the most efficient network.

The NFL is not the only league to shift towards web3. The Premier League, the MLB, the NBA, and much more have utilized NFTs as tickets or as collectible memorabilia for fans. While sport NFT campaigns are still in the early stages, what we’ve seen thus far has been promising.