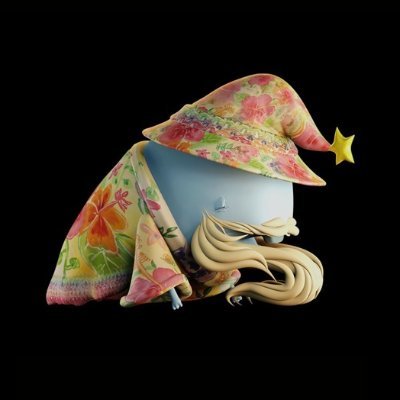 Munko will be a community-focused NFT project by renowned artist, David Choe, with a total intended supply of 10,000 Munkos.

“Munkos exist in both the digital and physical realms. As a Munko, you will have access to PHASE VI, a distributed, collaborative, experiential work of art that unfolds in a community of other Munkos. When the minting window opens, you will be invited to look within; to generate a Munko with David Choe that reflects who, what, and why you are here.”

“Long famous for his fine-art work which has garnered the respect, admiration and adulation of institutions, museums, high-profile collections and fans around the world, David Choe is just as competent in front of a camera as he is on a canvas.

Working in multiple forms of media with a deeply engaged audience in the hundreds of thousands, Choe is one of the few fine artists to ever successfully make the jump from the museum world to the media world, with his only two network appearances being the extremely successful and high profile shows Anthony Bourdain: Parts Unknown (CNN) and VICE (HBO). On the former, Choe was a featured guest and on the latter Choe served as both host and interviewer for multiple episodes; both shows went on to win Emmys that year for Outstanding Informational Series, with each episode that featured Choe being the most watched and commented episodes of that program’s season

Previous to these two network appearances, Choe translated his visual prowess for multi-platinum album covers (Jay-Z & Linkin Park: Collision Course) into directing well-regarded music videos for Dan The Automator (Gorillaz, Deltron 3030) and other musical artists. In addition, Choe provided the voice for the lead character in the breakout Sundance Film Festival hit We Are The Strange (2007) and was an integral part in the beginning days of VICE Media Inc.’s transition from traditional print media into more engaging video work where he collaborated on and conceived of two of the company’s most popular Internet shows: The Vice Guide To Travel and Thumbs Up!, the latter of which he served as the writer, director and star. Additionally, Choe provided further essential involvement in the form of composing music and creating graphics, animations and art campaigns for all the shows he was involved with.

His popularity and personality are proven to draw audiences. In 2012, Choe was dubbed “the prince of all media” by Howard Stern after appearing on his show where he went on to become one of the year’s most popular new guests; while a documentary about his life (Dirty Hands) became the most attended film at the Los Angeles Film Festival the year it premiered and further garnered multiple sold-out showings at The Museum of Modern Art (MoMA) in New York.

From comics and books, to apparel and music, to films and television- everything Choe has been a part of has proven its success many times over. And just as Choe proved his commercial viability with his fine-art contributions to a diverse list of clients such as Marvel Comics, DC Comics, Sony Pictures, Fox Searchlight, Warner Brothers, CBS, Converse, Levi’s and Vanity Fair, he is once again proving his commercial viability as an immeasurable asset in other forms of media in front of the camera.”
[Source]

The mint tokens give holders access to a unique questionnaire to share the elements of their true selves, the answers private and encrypted. This is fed through the Munko Processor and the output is placed on-chain, all uniquely the same, all uniquely different.

Each individual’s personal elements will directly inform the shape, color, archetype, texture, and animation of a visual Munko NFT that then each holder will have a 3D Munko that can also be converted to a 2D version.

20% of the minting proceeds will be donated to Toklas Philanthropy Labs which will distribute to several charities that David advocates for. ETH will be converted to fiat and distributed accordingly. The specific charities will be disclosed next week.

All Munkos will gain access to Phase VI: a distributed, collaborative, experiential work of art that unfolds in a community of other Munkos. All Munkos will be matched together in small groups to investigate their unique connections.

Munko is everything. Art to art collectors, Technology to Web3 enthusiasts, Community to those seeking authentic connection.

David Choe (born April 21, 1976) is an American artist, musician, and former journalist and podcast host from Los Angeles according to Wikipedia. He is famous for his mural commissions from Heidi Fleiss and from the founders of Facebook where he decided to get paid in shares of Facebook (before the stock went public) instead of receiving a cash payment, and later his shares were valued at approximately $200 million on the eve of Facebook’s 2012 IPO. David has also been a part of a TV series on HULU, titled, “The Choe Show” (2021) where he takes the audience through a journey of shared emotional experience through his own lens as an artist.

David Choe is a world-renowned artist and an Emmy award winner who has a cult-like following for his artwork. Choe is one of the few fine artists to ever successfully make the jump from the museum world to the media world, with his only two network appearances being the extremely successful and high-profile shows Anthony Bourdain: Parts Unknown (CNN) and VICE (HBO). The Munkos collection is unique and has its own separate features unlike most of the other cookie-cutter copycat NFT projects.

Many celebrity artists have tried to enter the NFT space to make a name for themselves, but many have failed. Some notable names include Johnny Depp (Never Fear Truth Collection) and Phillip Colbert (The Lobstars Collection) who were famous artists whose NFT collections are currently below the initial mint price at the time of writing. Munkos being a 10k collection with a mint price of 0.2 ETH combined with the NFT bear cycle may be a tough ask and there is a possibility that the collection may end up not getting sold out.

Are NFTs a scam?
We had @_AndresSalinas_ find out https://t.co/QMN70l7aGl

Coming to a live stream near you https://t.co/swb6bv3TEI