Minecraft, the world's most successful game, has chosen to ban NFTs. 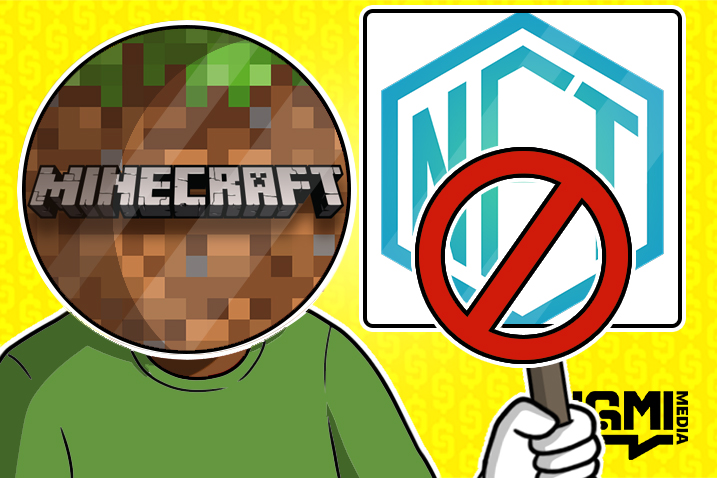 Prominent gaming platform, Mojang Studios, has recently stated that Minecraft, a popular open-world game, has banned NFTs, in turn bringing the development of similar web3 titles to a screeching halt.

Here's an early look at our upcoming guidelines regarding Minecraft and NFTs.

If you're a player or creator actively involved in the buying, selling, or trading of NFTs that make use of Minecraft, please read the information in the article below.https://t.co/3S4uYmiSvf pic.twitter.com/Gl0EkoKQqs

As the battle between the traditional gaming world and web3 wages on, many were left stunned at the shocking announcement from Mojang Studios. “To ensure that Minecraft players have a safe and inclusive experience, blockchain technologies are not permitted to be integrated inside our client and server applications, nor may Minecraft in-game content such as worlds, skins, persona items, or other mods, be utilized by blockchain technology to create a scarce digital asset,” the team wrote.

In response to the banning of NFT participation, the company cited ‘fraudulent or artificial prices’ and ‘speculative pricing and investment mentality around NFTs takes the focus away from playing the game and encourages profiteering’, as their primary reasons for taking a step away from the web3 space as a whole.

Minecraft completely rejecting NFTs and what they represent is a big deal. Minecraft is the most successful video game and virtual world in history, and WAS a big target for NFT racketeering.

Minecraft has decided NFTs have no place in its future. Huge.https://t.co/5SjlnxQh7m pic.twitter.com/idDzESBFiH

Furthermore, Mojang also criticized third-party platforms that assist in the trading of NFTs. “We are also concerned that some third-party NFTs may not be reliable and may end up costing players who buy them.” The company cited third-party dependence on blockchain technology, revealing that the organization found such practices unreliable considering that there is no backup plan if something were to go wrong.

While the company has stated that they will not add NFT utility to Minecraft, they also highlighted that other projects are not permitted to use Minecraft-based lore or content. “Blockchain technologies are not permitted to be integrated inside our Minecraft client and server applications nor may they be utilized to create NFTs associated with any in-game content, including worlds, skins, persona items, or other mods.”

The announcement caused collections such as NFT Worlds, one of the most anticipated virtual land projects, to slip from a floor of 3.5 ETH to 1.1 ETH in just a few hours. Other projects such as Llamascape Lands had their floor price halved after the announcement. Mojang’s statement has caused a shift on Twitter considering that Minecraft is both the most successful video game and virtual world to have been created, two substantial niches within the NFT space.

Everything You Need To Know About The y00ts Reveal