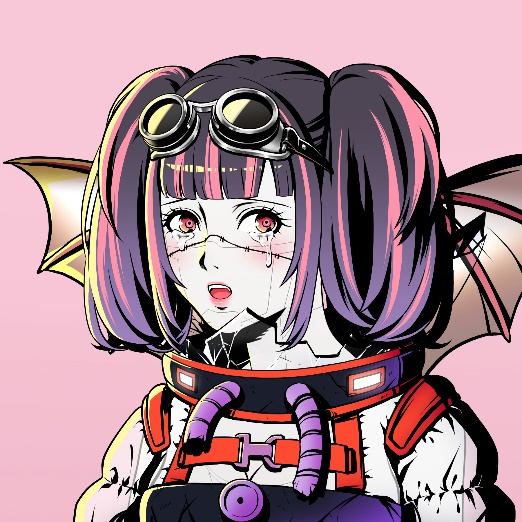 Metakami is a community and manga driven anime NFT project with a “choose your own adventure” story. The initial drop will be an anime-inspired avatar collection where every character is represented by an endangered animal.

The NFT art concept behind Metakami along with its narrative, utilizes endangered animals that face extinction. The Metakami team is committed to promoting animal preservation through partnerships with animal conservation organizations, and the team has promised that 5% of all royalties and donations of up to $100,000 will be made to support their cause to support endangered animals.

The year is 3022 in Tokyo Japan. The natural world as we know it is no more as technology’s recreation of the natural world yields a simulated sky where the sun, moon and stars are “projected” on a time schedule. All pets and wildlife no longer exist in the world and instead, there are only holographic replacements to mask the fate of total extinction.

Since 1984, the Nakuauchi family began to form a legacy of scientists who continued to pass down their fundamental concern for the deterioration of society as the world grew barren and desolate. In an attempt to salvage the ecosystem, the Nakauchi family attempted to biologically reengineer plants and animals from their secret underground laboratories.

Centuries have passed and many of the experiments have been unfruitful. The world is now 3022 and only a single lab and the last surviving Nakauchi remains. With the same dreams and aspirations as her family of predecessors have had, Nakauchi works tirelessly, experimenting with thousands of animal DNA samples that have collected.

Suddenly, a divine entity by the name of Amaterasu appeared in front of Nakauchi, granting her a vision of the impending duoom of her world. The divine entity, Nakauchi disappears, but a magical book remains on Nakuachi’s desk which upon touching, begins to light up in her hand, firing thin electrical charges with iridescent blue lines flowing steadily from it.

All METAKAMI NFTs serve as passes to the KAMILAB, where members can vote on the strategic and creative direction of The METAKAMI Manga. Inside the KAMILAB, members become authors. They will be able to vote along with the rest of the community on the Manga’s chapter title, plot, ending, main characters, cover, art, and more. Every NFT gets a vote, but some more than others based on the rarity of the METAKAMI NFT.

The current roadmap for Metakami is still underdevelopment, and it’s currently a missing section on their official website. So far, the only thing that’s certain regarding the direction of Metakami and their roadmap is the creation of the METAKAMI manga with a choose-your-own-story feature not typically associated with anime.

The Metakami project has a stacked team with a ton of work experience and technical expertise. All of the team information below were found in the official Metakami Discord server and shared below for reference:

May is an anime/manga geek and freelance UI/UX designer. Prior to designing websites and apps, May was a financial analyst for several years before deciding to pursue a career with more creative freedom. The empowerment that NFTs and Web3 provides artists inspired her to rally the all-artist METAKAMI team to build a community-driven manga. Hoping to bring back control to Manga readers and give them a choice to craft their own journey, May aims to reward the readers who took part in this journey with The METAKAMI Manga.

Linda started off her career as a character designer for Riot Games after her Bachelor’s degree at Pratt Institute. She then worked as a graphic designer and illustrator at a Korean cosmetics company, where she collaborated with Sanrio, Disney, and BT21. Linda’s love for animals strongly drew her to utilize her expertise in painting, drawing, graphic design, book design, and motion graphics to meticulously craft the METAKAMI NFT collection.

With over 15 years of experience in storytelling, Yutong will seamlessly incorporate the votes and decisions of the community into the The METAKAMI Manga. Apart from having directed an international award-winning project, she has also published over three original manga series. Prior to joining METAKAMI, Yutong has worked with notable companies like Ubisoft, Tencent, and thatgamecompany as a part of the creative team to create countless compelling stories.

With over 19 years of experience in manga illustration, Kotori meticulously combines both traditional works of art with modern digital art. Before joining METAKAMI, Kotori had already published over a dozen manga books, including her masterpiece, “My Chopin”, and has illustrated countless iconic covers, including Jiro Akagawa’s best-selling novel “Three Sisters Investigate,” the “Study reference of National Center Test for University Admissions,” and package illustration for the Nintendo DS software “Princess debut.”

With over 10 years of experience in motion graphics, Panathi brings the METAKAMI collection to life. Previously having worked with Nike, Toyota, Samsung, Lego, Redbull, and more, Panathi’s next career milestone is to be part of a group that allows him to enter the Web3 and the NFT space. Bonus: he is an avid comic and manga reader. Being that those are his hobbies, he aims to incorporate them into his work and create something unique, unlike any other.

Eunbyul has worked as a full-time illustrator for over 12 years after completing her BFA in Illustration at Otis College of Art & Design. Eunbyul specializes in anime-inspired illustrations and has worked on notable book illustrations such as “Anime Prompts Gone Wild” by Aaron Barry. Her previous clients also include Mangamo, Shein, Fan of a Fan, and All the Deetz.

MIGHTY MINT is a team of fullstack Web3 developers, anime geeks, and NFT degens. Some of their favorite animes include Evangelion, Cooking Master Boy, and Attack on Titan.

May, the founder of Metakami, has made a public decision to post all collaborations and giveaways on their Discord server for full transparency. The exact nature of the partnerships or the deals surrounding their collaborations are undisclosed at this time.

Metakami currently boasts 55.4k members on Twitter, and 20.4k members on their Discord server. There is a lot of engagement compared to other NFT projects of their size when looking at their Twitter page. When looking into their Discord server, there is actively engagement and real conversation, however, there is also a large number of winners from various communities who won a WL allocation. The community feels like a mixture between organic community members who are genuinely hyped for this project as well as other members who just want to mint and flip for a quick profit.

Metakami’s stacked team should have no problem bringing their dream of launching their own manga into reality. The team has decades of combined experience working for major corporations such as Riot Games, Disney, Nike, Toyota, Lego, Redbull, and others. Many other anime-meta projects attempt to become a jack of all trades and dabble on one too many features (i.e. merch, metaverse, p2e game, etc) without a clear focus. This is where Metakami seems to excel as they are very clear with their vision and what they are hoping to accomplish.

The Metakami project is still under development, so certain parts of their website, as well as their roadmap have not yet been finalized. Looking at their Discord, there are many questions about the roadmap from other community members as it is a very important factor when determining whether or not to invest in an NFT project.

It will be extremely important for the Metakami team to release a whitepaper/roadmap that is well received by the community that has a clear vision and focus. Their official roadmap will be a good indicator of what the project is trying to do. Whether they are trying to be a quick cash grab by pretending to be something they’re not (i.e. creating a playable game or a metaverse, creating trading tools, alpha channels, etc.) or if they are a team that knows what they want and what they need to do in order to accomplish their goals.

BREAKING: OpenSea is laying off 20% of its staff, according to a message from CEO Devin Finzer. https://t.co/EnfKopP0tq