At Ape Fest NFT NYC 2022, Yuga Labs revealed the next chapter of its collection as a large crowd eagerly watched in anticipation. Read on to find out exactly what happened. 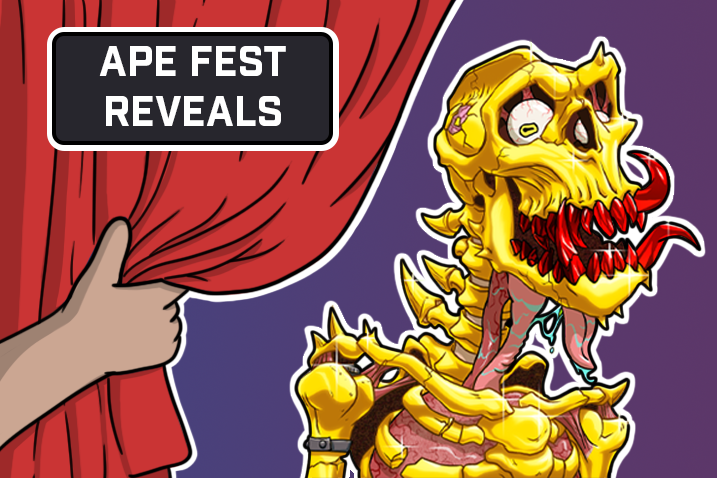 NFT NYC, one of the most anticipated NFT events of the year. If you have read my previous article ‘10 Things You Cannot Miss At NFT NYC’, then you’d know that the lineup at this event is absolutely stacked this year. Yesterday, on June 20th, the ball really got rolling as the degenerate fun and games began. While many projects started showcasing themselves to token holders and NFT enthusiasts, there was one event that stole the spotlight. The Mega Mutant Ape reveal.

As the sun started to set and day turned to night, crowds gathered for the first evening of Ape Fest at Pier 17, as the AppliedPrimate and ptmNFT scavenger hunt concluded. What was the conclusion of the Ape Fest scavenger hunt? Well, it was the “insane” reveal of the gold Mega Mutant Ape.

While I was not fortunate to be there myself, there is plenty of fan cam footage circulating on Twitter for those of us who are feeling the FOMO. The footage shows a large congregation of people, mostly men, eagerly watching the animated performance.

The animation is very well made, upholding Yuga Labs high standards. It consists of a female ape drinking a “Mega Mutant Serum”, which led her into a short but painful looking mutation. Once the transformation was complete, the crowd got their first peek at the Mega Gold Mutant Ape as the narrator stated “she is beautiful”. The crowd cheered, suggesting that they liked what they saw. Saying this, there have been mixed reactions on Twitter and a few certainly are not impressed.

If you fancy a bit of window shopping, the Mega Gold Mutant Ape is now listed on OpenSea for a staggering 25,000 ETH.

The story telling and lore from Yuga Labs continues to exceed expectations. The team have proven they know how to build and maintain their community, and they continue to raise the bar by making it more valuable for their holders. This is something that all NFT projects should aspire to do. Stay tuned to learn more about the events that unfold at NFT NYC 2022.