LinkedIn co-founder Reid Hoffman has launched an NFT project on the Solana network. Here’s what you need to know. 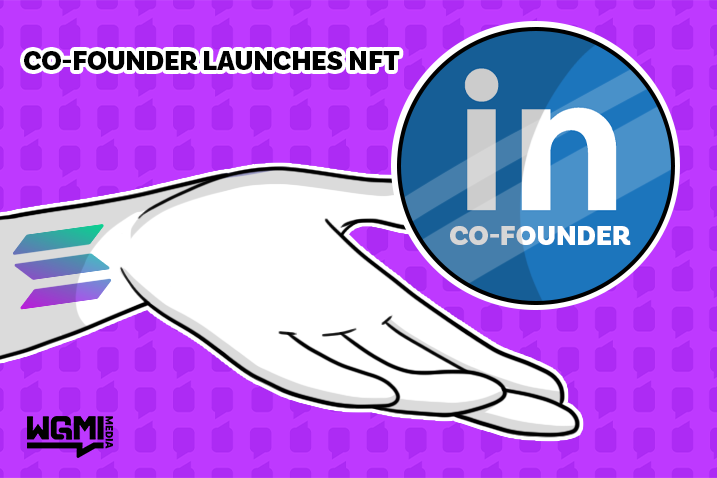 Now that LinkedIn has become one of the world’s biggest social platforms, co-founder Reif Hoffman is looking to start a new venture as he has launched an NFT project. Reid Tweeted to state that his NFT project is a “small image collection called Untranslatable Words,” and it is an “experiment.”

The collection is DALL•E (artificial intelligence art generator), arts turned into NFTs. The collection consists of 11 tokens which are all 1/1, and it is available for auction on Magic Eden. The collection being auctioned today is described as “The silent yet meaningful look shared by two people who both desire to initiate the same thing but are both reluctant to start.”

Hoffman is an American internet entrepreneur, venture capitalist, podcaster, and author. He is best known for co-founding LinkedIn, where he continues as an executive chairman. In 2021, he ranked #1580 on the Forbes list of billionaires with a net worth of $2.4 billion.

Before LinkedIn, Hoffman was on the board of directors at PayPal during its early days. He then went on to join the company as the COO. He has since accomplished a lot more, almost too much to discuss. It’s safe to say that he is an excellent candidate to found a successful NFT project as long as he adopts Web3 culture, methods, and strategies.

On July 21st, Hoffman took to Twitter and expressed that he is “Inspired by the potential of DALL•E and NFTs – and the possibilities that they unleash together – my team and I have created several small image collections that we’ll be tokenizing as NFTs.”

Through a long thread, he explained in detail why he is experimenting with AI-generated art and NFTs. The reasons he stated include “a picture with a thousand words,” “digital abundance,” “digital scarcity,” and more.

DALL•E is an AI system that allows users to type in a search query. Realistic artwork will then be generated based on what is said. DALL•E has been gaining popularity recently across social media platforms, and people have even started to create memes of it (a strange measure of success). Wired even wrote an article titled “DALL•E Mini Is the Internet’s Favorite AI Meme Machine.” The internet is a weird but wonderful place.

This begs the question, will Hoffman be yet another successful Web2 behemoth that steps into the Web3 world and fails? Or will he be able to navigate the space properly and execute it by Web3 culture? Unfortunately, I do not have the answer for you now, but time will tell.

Based on Hoffman’s skill set, network, knowledge, and capabilities, I bet he will succeed in whatever he does.