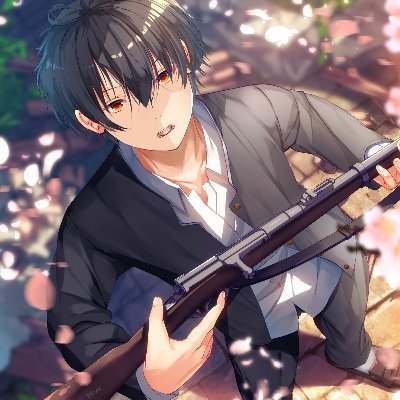 Jidai is in its very early stages with its first Tweet going live just over 10 days ago. Whilst there is very limited official information on what Jidai is, it appears to be a Japanese inspired artstyle NFT project. Based on what we can see so far, Jidai’s art is visually stunning, colorful, vibrant and emotionally enticing. It certainly looks like it has the potential to be the next big anime project if the narrative continues. Even though Jidai has only posted 5 times on Twitter, it has already gained an impressive 29.3k followers.

At present, there is no official information on how Jidai came to be. The information we do have is regarding the artists who appear to be reputable illustrators in Japan. There is also some evidence which hints that The Habibiz founder, Ramo, is behind Jidai.

Once again, as it is still so early on in the project where there is no Discord or website available. There is currently no information on what utility Jidai will offer to its holders.

Yet again, as it is still so early on in the project where there is no Discord or website available. There is currently no information on the roadmap that Jida will implement.

Fortunately, news has started to trickle through in regards to a few members of the team. No doubt more will be revealed in due course.

It is yet to be confirmed whether Ramo is the official founder of Jidai just yet. However, his Twitter bio states “building Jidia” which is a pretty good indicator that he is behind the project. He is also the one sharing and retweeting all of Jidais posts, almost in a shill type manner, which is also suggestive. If this is the case, then Jida is in very good hands.

Ramo is the founder of The Habibiz, an alpha style project who were the first to offer a Whitelist marketplace. The Habibiz and Ramo have a great reputation in the NFT space. Ramo boasts 128k followers on his personal Twitter account and The Habibiz follows closely behind with 105.2k followers on their page. Ramo is also an advisor for Celephais, Pots and Last Hopium. If Ramo is to be the founder of Jidai, he has the resources, skillset and network to create another highly successful project.

Chino Maron is one of two announced artists who are working on Jidai. Chino Maron is a Japanese anime style illustrator who looks to have a lot of well received art released in Japan. He/she has several different art dedicated pages such as Pivix, Deviant Art, Fan Box and their own Wixsite. Chino Maron has an impressive 75k followers on their own personal Twitter page and engagement appears to be very healthy. The majority of posts and comments are in Japanese so it is hard to decipher the context.

Yawaharan is the second artist for Jidai. Again, he/she is a Japanese anime artstyle illustrator who is already proven to be popular in Japan. Both artists’ art styles are similar, they resemble Japanese culture and anime as a whole which suggests Jidai is aiming for authenticity. Yawaharans Twitter has a link to their own personal website where we can view more of their previous work. However, it is all in Japanese, for non Japanese speakers it is a little difficult to navigate. Yawaharan boasts 78.7k followers on their personal Twitter account and engagement is also very healthy. It appears as if Jidai have recruited two very popular and capable illustrators to lead the design of the project.

As it is still so early on and Jidai has only posted a total of 5 times on Twitter presently, there have not been any collaborations to date. Given the large following that they have required so far, and the fact that they are likely backed by Ramo and popular artists, Jidai will likely be able to collaborate with top tier projects in the future.

As mentioned, Jidai has only posted a total of 5 times. Amongst these 5 posts, there isn’t anything that could really be considered as marketing. What Jidai have done so far is, posted early pieces of their art created by their illustrators. Even if this is not an intentional marketing strategy, it clearly has had some effect. Simply posting sneak peeks of the art has rewarded Jidai with a lot of likes and retweets. In addition, a solid following count so far.

The only one post that could be considered as a marketing method is it recently posted a raffle for 10 OG spots. The requirements were to follow, retweet and tag 3 friends. This is done to gain exposure.

Based on the evidence we currently have, which isn’t much, there are indicators that Jidai certainly has legs and the potential to grow into a highly successful project. The face of any NFT project is the art, and Jidai’s art is visually stunning to look at. This type of art style is popular all around the globe, but particularly in Asia. Looking at the anime profile picture projects that have launched in the last few months, there is a clear demand for it in the NFT space. Jidais illustrations are arguably some of the cleanest, colorful and appealing anime art on offer. The artists appear to be proven, with a lot of experience in their respected field which is a huge bonus.

In addition to this, we have the involvement of Ramo. Ramo is a highly successful all round ‘player’ in the NFT space. Looking at his track record, it is likely that he would be successful in launching other projects. In the NFT space, people like to bet on teams. Ramo is a person that many people would have faith in.

Right now, it is too early to make a true judgment of what this project is or may become, there is no information available at all. Further, there is no Discord or Twitter. For this reason, it would not be possible to voice any potential concerns as the detail is not there. The WGMI team is looking forward to learning more about Jidai in the future.