Is NFTLlama’s New Upcoming Project The Next Blue-Chip?

NFTLlama claims that operationSIN will be the “BIGGEST project of the year”. In this article, we explain everything you need to know about this upcoming project, and three reasons why this has the potential to become the next blue-chip. 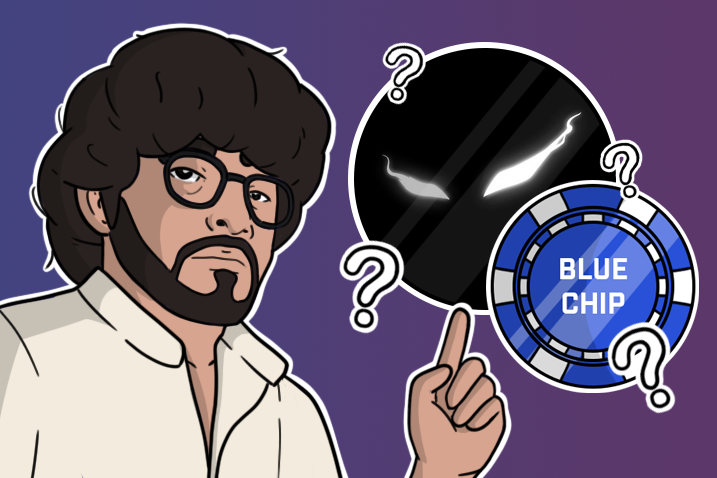 NFTLlama, founder of Llamaverse and one of the NFT industry’s leading influencers, has revealed he is working on a new NFT project, ‘operationSIN’.

He claims that operationSIN will be the “BIGGEST project of the year”. In this article, we will explain everything you need to know about this upcoming project, and three reasons why it has the potential to become the next blue-chip NFT project.

TL;DR: NFTLlama leverages his trademark hype tactics to tease a project that seems to be combining many of the NFT space’s most successful metas, including:

Llama teases his new project with artwork sneak-peaks. He warns that the “Llamaverse is in danger… LlamaSpace is detecting a strong presence”.

What does this reveal? NFTLlama plants the first seed of mystery about this project to get the hype-train rolling.

The Llamaverse is in danger.
LlamaSpace is detecting a strong presence.

✍️ Engagement on this tweet will be noted whenever more information is released. pic.twitter.com/J75aexB6EP

Later, Llama tweets “Why @operationSIN will be the BIGGEST project of the year? Stay tuned.”

What does this reveal? Textbook engagement farming (with a binary twist), you’d expect nothing else from Llama. This also shows that the Discord channel will be closed, and the project will handpick those engaging with the tweet to invite to their channel. Another classic FOMO tactic, that has inspired a frenzy of engagement on operationSIN’s Twitter page. It’s clear Llama has big plans for the project.

A tweet from operationSIN states that “prototype 002 is known to transform into different breeds to efficiently destroy their opponents”, together with a sneak-peak of a manga-looking PFP.

What does this reveal? Firstly, this tweet heavily suggests that holders will receive a Manga-style PFP – a proven meta in the NFT space. It also tells us that this project has some kind of lore and story-telling element, another hugely successful meta that has thrived during this bear market.

Llama changes his Twitter profile picture to operationSIN artwork. He also confirms that there will be no “WL raffles”, and that he is building an invite-only community that strives to be “a network”.

What does this reveal? This project is handpicking its members to focus on the quality of its potential holders, rather than quantity.

There will be no “WL” raffles for SIN. It will be an invite only community.

✍️ We will offer members that are worthy of the cause to join us.

OperationSIN drip-feeds more clues about the project’s purpose. It tweets that “operationSIN vigilantes are ELITE individuals”, and “the vigilante role is earned through operationSIN duties”.

What does this reveal? It is clear this project has an engaging and fun purpose. It suggests that there will be missions for the community to rise up the ranks. These kinds of purpose-driven activities are usually very effective in building a strong and committed community.

Although we still know very little about operationSIN, it is clear that the project has high potential. Here are three reasons why it could become the next blue-chip.

1. OperationSIN is founded and led by a proven NFT influencer

Many successful NFT projects have been created and managed by influencers in the space. With their large and existing audience, they have plentiful opportunities to shill their project to potential holders both before and after the project launch.  NFTLlama is no exception. He has already leveraged his community to create Llamaverse (3.4 ETH floor / 4k collection) and the countless other subsidiary products and services that he has created to provide utility for Llamaverse holders.

2. Tapping into the trending storytelling meta

As the alpha-group meta has stalled during this bear market (simply because far fewer projects are pumping), the storytelling meta has thrived – the community is looking for entertainment while the market presents less financial opportunities. This is why goblintown.wtf has managed to create such a strong community in such a short space of time. The same goes for We Are All Going to Die.

OperationSIN is slowly drip-feeding clues about its lore and narrative. These riddles fuel discussion and speculation about what the project is, and leaves the audience yearning for more details.

NOTE FROM THE EDITOR: It has to be said that operationSIN is unlikely to generate as much mystery-fuelled speculation as we have recently seen with goblintown. The endless call-to-action farming engagement tactics used by operationSIN are far from subtle. Posts such as “like/rt and tag 5 friends for potential WL” and “ENGAGEMENT ON THIS = POTENTIAL WL” break the project’s character. There’s nothing wrong with this, but it indicates the project is leaning towards traditional hype-based tactics rather than relying on its lore and artwork to inspire speculation.

3. Focussing on the quality of holders, rather than quantity

Having high-quality holders that aren’t seeking a quick flip has been a proven method for projects to maintain a strong floor price. Brett Malinowski breaks it down nicely in this Twitter thread. The perfect example is PROOF Collective – a project founded by Kevin Rose, who has tapped into his buddies from Silicon Valley to maintain one of the highest floor prices in the industry.  OperationSIN’s decision to create an invite-only community suggests it is pursuing a similar strategy. The advantages of this are two-fold:

There is still a lot to learn about operationSIN. What we do know is that NFTLlama has incredibly high ambitions for this project, and is tapping into some of the most proven metas in the NFT space to achieve them.

While his engagement-farming and hype-generating tactics are far from subtle, it is a technique that has worked so well for him to build his NFT empire. There seems to be no reason it couldn’t work well again.