Is DigiDaigaku Ushering In a New Era of Crypto Gaming?

Recently, a project called DigiDaigaku has taken the NFT market by storm, gone to the ‘moon’ and is attempting to change crypto gaming. Here’s what you need to know. 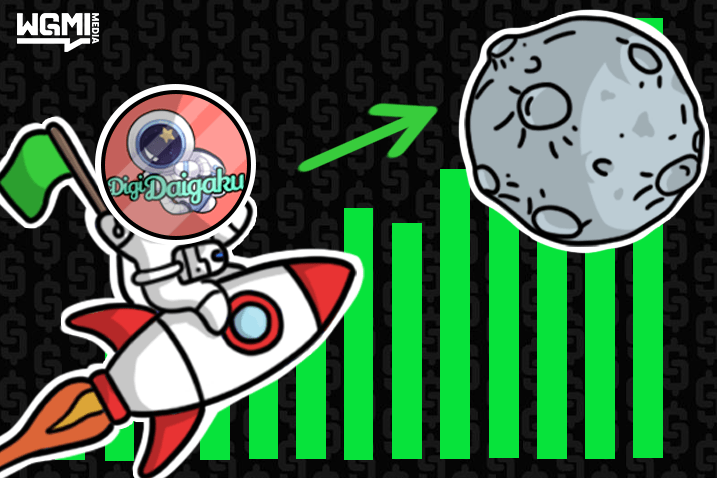 Regardless of the market climate, there are always one or two anomalies which defy the odds and create a buying frenzy in the NFT market. Just recently, a project called DigiDaigaku has unexpectedly taken the NFT market by storm.

DigiDaigaku is a free-to-own game model and NFT collection of 2022 tokens, created by the CEO of Limit Break, Gabriel Leydon and Halbert Nakagawa. Gabe Leydon was a pioneer of free-to-play mobile games at Machine Zone, which was sold for $300 million in 2022 – so It’s safe to assume that the founding team is solid.

In an interview with GamesBeat, Leydon stated that the team’s focus is on what he believes is “going to replace free-to-play”, with something he calls free-to-own games. This is a very bold and optimistic statement seeing as the free-to-play model has dominated the mainstream gaming industry for some time now.

What is free-to-own? Unfortunately, the CEO isn’t sharing his full plan yet. We do already know that the game and NFT collection consists of female anime avatars, but further details have yet to be released. Leydon wants to keep things close to his chest for now. However, given the caliber of investor and the amount raised for Limit Break last year (more on this later), the promises are big and it’s sizing up to be huge.

Leydon has said that it has “the perfect partners, perfect investors, and perfect team in place to bring the gaming industry into a new era”, boasting his confidence. Of course speculators are having a field day guessing, while little information is actually known.

Why should you care about DigiDaigaku?

Well, earlier this month on August 10th, DigiDaigaku minted for free. Many hardcore NFT enthusiasts faded the project when it launched, only to later regret it! Once it was discovered that it had raised $200 million for the project last year from top tier investors such as FTX, Coinbase Ventures and Mino Games, sales volume went ballistic. Since launch, there has been a total volume of 5.5k ETH traded. In such a short space of time, DigiDaigaku went from being traded at below 0.1 ETH, to an all time high of 16 ETH. As always, we’ve seen a slight correction, which can be taken as a friendly reminder to always take profits! It’s safe to say mistakes were made by those early flippers.

How Has The Community Reacted?

There has been a mixture of skepticism and words of encouragement from NFT Twitter. One concern is that Leydon has built many games optimized for extracting money and generating huge amounts of revenue from players. One BAYC holder and critic, who goes by the name of LOCS, explained that he had looked into all of the games that Leydon and his company has made. “Most of these games are cash grab games on mobile. Even the final fantasy ones. How can I trust you to build a game that isn’t a cash grab”, he then added.

On one hand, we can use the Leydon’s history as evidence that he is likely to do the same thing again and exploit the ecosystem for maximum financial gain. On the other hand, it can be argued that the previous occurrences have been developing his skills, leading up to this project, where he will provide the community with as much value as possible. After all, it was free-to-mint, which indicates that his intentions are not to grab cash, but to further develop the crypto gaming space.

It’s wild how a relatively unknown gaming project such as this one has entered the market so suddenly and outperformed other established ‘blue chips’ such as Clone X, Doodles and Azuki. For those who are claiming that “NFTs are dead”, this is clear evidence  that there is still life in our beloved JPEGs. We’re all eagerly anticipating how far DigiDaigaku can go in the future, and if it can revolutionize the industry as a whole.