Is Coinbase Selling Crypto User Data To The State?

It has recently come to light that Coinbase is reportedly disclosing and selling Crypto users data to the U.S. Immigrations and Customs Enforcement agency (ICE). 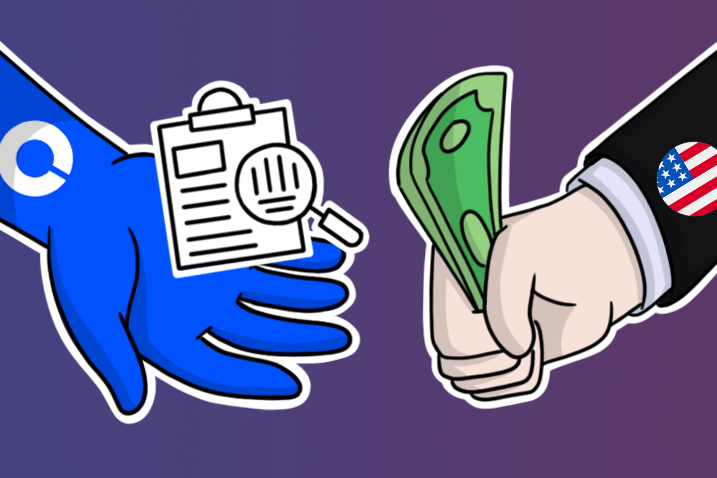 Coinbase secured a $1.36 million contract with Immigrations and Customs Enforcement, which is its largest federal contract so far. The agreement is reported to have been signed-in September last year. Jack Poulson, the executive director of Tech Inquiry, was the first to obtain and spot the contract. He claims that the information will include historical geo-tracking data and transaction history.

The specifics and detailing of the contract are currently unclear, but in the Federal Procurement Data System, the contract is under the category of “IT And Telecom – Business Application / Application Development Software As A Server”.

The data is thought to be used to identify Crypto users and investors. However, a Coinbase representative denied that any data or client information would be provided as he stated, “all Coinbase Tracer features use data that is fully sourced from online, publicly available data, and do not include any personally-identifiable information for anyone, or any proprietary Coinbase user data”.

This isn’t the first time that Coinbase has had ties with ICE. In August 2021, there was an agreement of $29,000 between the two parties to supply the organization with licenses for its analytics software. Coinbase has also been reported to have sold licenses to the US Secret Service for its software, Coinbase Tracer. This deal occurred in April and May of 2021, both for less than $50,000 each.

Whilst Coinbase is one of the most popular Cryptocurrency exchange choices in the USA, the likes of new entrants such as Binance and FTX are bringing fierce competition. Coinbase is working hard to keep up with its competitors, which are gaining popularity very quickly in different areas around the globe. Additionally, Binance has already obtained licensing in France and Italy and is seeking permission in other European nations. Coinbase’s expansion plan is one attempt to remain competitive.

Will it work? Who knows and only time will tell. Whilst some are arguing that it’s not the best timing, it’s probably much better than sitting around and doing nothing.

There are two main types of Crypto enthusiasts. We have the ones who are hardcore pro-decentralization and anti-establishment, and the ones who think it should be regulated and transparent. Regardless of which side you’re on, there is no arguing the fact that this news is highly controversial.

Everything You Need To Know About The y00ts Reveal