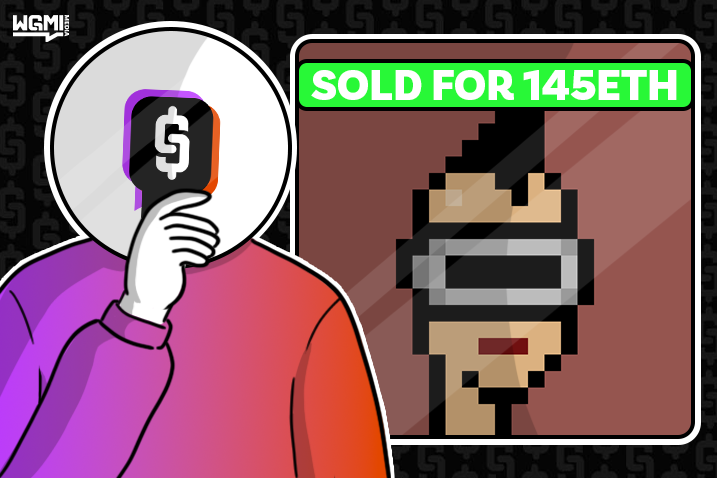 Prior to the transaction, Punk #8595 was previously owned by Web3 whale and influencer,JRNY. A year ago, this exact Punk token was sold for 135 ETH, and 5 years ago, it was sold for 0.65 ETH. I think that it’s safe to say that mistakes were made.

CryptoPunks are a generative art collection which consists of pixelated punks. Launched in June 2017, the punks were one of the first ever applications of NFTs for digital art and also profile picture projects. There are only 10,000 punks in the collection and some of them are thought to be lost, forever.

CryptoPunks’ high value stems from it being an early project which helped to define the standards of NFTs that we know today, something that can be termed as ‘NFT Archaeology.’ For this reason, the collection holds significant historical value, similarly to first edition trading cards. This makes the tokens very expensive.

The value of a punk is typically determined by its attributes, with the hoodie, beanie, and pilot helmet traits being the most desired. The other species of punks, such as zombies, apes, and aliens, are also incredibly rare and sought after.

Why Is It Important?

CryptoPunks is an influential collection in the NFT space. Many celebrities own and flex one or more. Even during the bear market, certain people are still spending large amounts of capital on the punks, which is an indicator for the rest of the market. This suggests people still have faith in the future of NFTs, which is bullish!