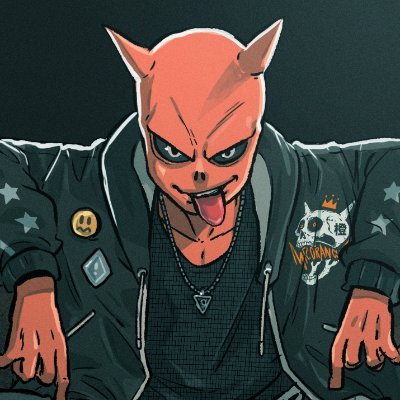 What is Gangster All Star?

Gangster All-Star is an anime NFT project created by a Thai artist, @TheDuang, with a total supply of 7,777 anime gangster characters in one of 50 different gangs. This NFT project has been in the making for more than 6 months, and its community of followers has been growing slowly and steadily since then.

OG Collection with 64 items currently sitting at 2.9 ETH. The artist sold 1 of 1’s and rewarded holders with their own personalized NFTs based on their appearance or what they wanted their characters to look like – rewarding each OG investor individually.

Those personalized NFTs became the new Gangster All Star Universe collection. There will be only up to 500 characters created in this particular collection.

The exact utility and roadmap are not yet announced, but according to their AMAs, there have been mentions of various community gang events, individual gang events, and gang wars where holders will be able to compete for rewards in the future.

Details surrounding the Roadmap have not yet been released, but there have been hints that there will be an eventual creation of a digital comic as well as a physical comic to be released in the future.

The two most important individuals in the Gangster All Star team is their artist, The Duang, and their lead dev, 0xInuarashi. The artwork and the concept behind Gangstar All Star is 8 years in the making, and it is different from many of the other anime meta projects when it comes to the uniqueness of the art.

Although his exact identity remains anonymous, the head developer of G.A.S. is a prominent figure in the NFT space who has been the head dev of many other successful projects such as Anonymice and CyberKongz, and he goes by the Twitter handle, @0xInuarashi.

@JOKERSPRITE – The red right hand of G.A.S. and the alpha wolf

@0xInuarashi – Head Developer of G.A.S., Martians NFT, and’ CypherLabz with a large following and a notable reputation. He was also the main dev for projects like Anonymice, ZenApe, EtherOrcs, and CyberKongz.

The Gangstar All Star team has been focusing on organic marketing, and they have not been a part of many whitelist giveaways like make of their other counterpart NFT projects. Because of a lack of whitelist giveaways, they have a strong community of loyal followers who learn about the project and decide to invest actively.

The Gangster All Star team started their marketing efforts more than 6 months ago for their current NFT project, and they have been able to build their community in a very organic way without the need to hand out whitelist giveaways. G.A.S. (Gangster All Star) currently has more than 55.4k followers on Instagram and 75.4k followers on their Twitter page for a collection with a maximum supply of 7,777 NFTs.

The Gangstar All Star community seems to be extremely loyal to the project, and they are excited about this new collection which can easily be seen when looking at @TheDuang’s earlier two previous collections.

The Gangster All Star team is currently “recruiting members” through various engaging community events where winners are given a blank chip that they can use to enter the Gangster All-Star Discord server. Once inside the Discord server, members will be able to choose one of three different gangster boss options to decide their fate (the answers are irreversible and can never be changed once chosen).

The anime-meta has not yet ended and depending on the timing of their launch, Gangster All Star has the potential to stand out from the plethora of other anime NFT projects that plague the space. The Gangster All Star project has early Azuki-like vibes, and their art is unique. You can tell by the detail and style of their artwork that they are not trying to be another derivative or copycat project trying to cash in on the latest trend. The Gangstar All Star project has been in the making for 8 years, and it brings a lot of fun and innovative ways of gamifying community engagement in the guise of gang wars, and gang raids

The Gangster All Star project has been hinting at their launch for longer than 6 months, and the current mint date is still TBA. By the time they decide to launch there is no telling if the anime-meta landscape will be the same as it has been in recent days.

Although the Gangster All Star project has more than 75.4k followers on Twitter, the project is lacking followers and engagement on other platforms such as Instagram and YouTube, where they have less than a few thousand followers each despite having been around for longer than 6 months. In the NFT space, projects need to collaborate and adapt in order to survive. It is questionable if the team behind Gangster All Star will have what it takes to command a successful 10k collection as it will be much more different than managing a 64 item or a 128 item collection that they’ve had the experience managing.

5/ This is not to say Ticketmaster will not explore other avenues, however. Most recognize the massive potential th… https://t.co/7bvlAaHMt1

4/ While many see NFT use cases in scam prevention and authentication for event tickets, Ticketmaster seems to be t… https://t.co/Q2iKr0XgSW

2/ Organizers have the option to release their NFTs before, during, or after the event. They can even offer exclusi… https://t.co/K7Q75xdKW5