For The Culture Takes Legal Action Against God Hates NFTees

WARNING! This article contains explicit and offensive content. The founder of For The Culture is taking legal action against God Hates NFTees after being on the receiving end of horrific abuse. 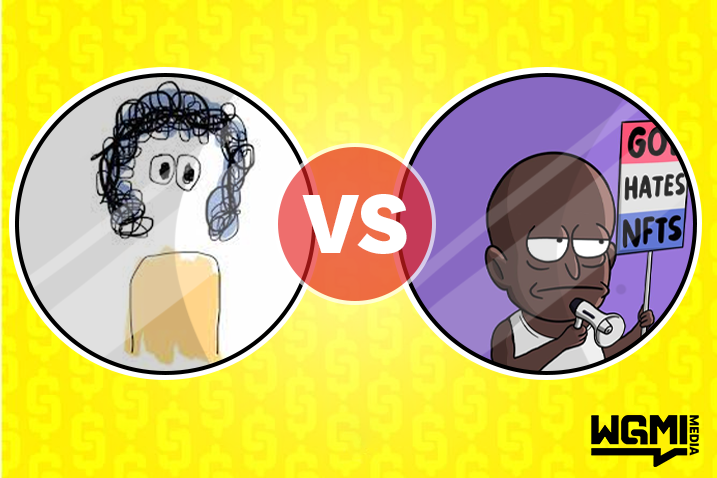 After calling out God Hates NFTees last week for stealing her “roadmap image”, Sibel, the founder of For The Culture was subjected to a plethora of horrific abuse on Twitter, Discord, and other social media platforms.

Recently, it seems that these two projects had been conflicting for a number of reasons, but the personal attack was taken too far. What caused it? A screenshot arose of a post in For The Culture’s Discord showing a community member mocking God Hates NFTees Twitter account suspension and a drop in floor price. It also states that Sibel claimed that the project is a scam, suggesting ‘bad blood’ between the two projects. This is certainly something that may have caused initial friction. However, this friction was quickly followed by an extreme hate campaign.

In response, one of God Hates NFTees leaders, TheDegenPreacher, Tweeted a screenshot of Sibel’s profile with the words “raid this delirious bi***” alongside it. Essentially, this was an order for the community to target Sibel. What followed was a savage attack of brutal, sexist and misogynist language, all targeted at her.

In her own words, Sibel said “while I was sleeping, the leader of this project started a hate campaign on me and they raided our Discord + my page & DMs. If you’re staying silent to this, you’re also one of them. This is unbelievable what an anon team is doing to me, personally. Disgusting.”

Sibel reported waking up to many messages from people in the God Hate NFTees community, which were truly quite disturbing. No one should be on the receiving end of messages or face attacks such as this one. Moreover, this isn’t the first time that a popular woman in the NFT space has been targeted for an attack, and unfortunately, it won’t be the last. The entire community must reflect and do better.

Sibel has taken legal action over the abuse that she received, all stemming from the Tweet from TheDegenPreacher. She first stated that “if you insulted me or threatened me publicly / via dm in the last 24 hours because of this spamming campaign, you will be in the case. We collected all data , videos, ids, etc, and notarized all proofs. At a later date, she Tweeted, “a case has been submitted. We also submitted a case to the FBI for all death threats I received”. Given the anonymity of NFTs, It is unclear how this will play out legally. Hopefully, the outcome will make people realize that you cannot abuse people and get away with it.

The NFT and Crypto space is dominated by males, and unfortunately, some want to keep it that way. Sibel is a well-respected and essential part of the NFT community, she has managed to amass more than 100k followers. Not only has she successfully founded For The Culture, but she is also the co-founder of Fluffy Polar Bears and an advisor for CubeX.

Some people simply cannot accept that a woman is excelling and they often have something negative to say about it. This is true within the NFT space and in real life. It’s clear that something has to be done and things must change.

To advocate change, more people need to speak up and support women in these types of situations. As Sibel Tweeted, staying silent isn’t good enough. This is something we must all work on to make it clear that everyone is welcome in the space. Only then will we ever move towards mass adoption.