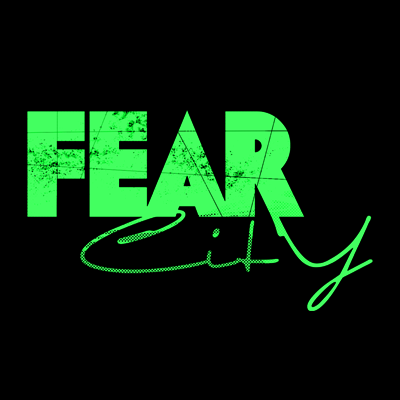 What is Fear City?

Fear City is the creation of Stephen Bliss, a former artist at gaming juggernaut, Rockstar Games, the studio responsible for the world famous Grand Theft Auto series. The goal of Fear City is to use web3 technology to bring to life the dark and beautiful Metaverse of Fear City over all mediums via creative expression. Consisting of 9,999 NFTs, the project will feature variants of 6 characters differentiated by unique traits. The art  is very stylish, highly detailed, with a hand drawn nature and is eerily familiar to the images we’ve seen on GTA loading screens from past and current titles in the series. With intentions to grow the brand to a global level by bringing it into the real world, Fear City will be hoping for a big launch in the coming days and the backing of a strong community to keep it alive as it works through its roadmap.

Spanning 5 phases, the Fear City roadmap begins with the initial NFT launch and ends in the Metaverse while releasing some IRL drops on the way. The roadmap is as follows:

Starting with the collection of 9,999 Fear City NFTs that will provide holders with access to the brand and ecosystem. These NFTs will include: 6 characters, 250+ traits and legendary characters.

A percentage of launch sales and secondary market royalties will go into the Fear City treasury to execute the roadmap and establish the long term health of the brand. The percentage promised has not been revealed although the team have stated it will be a large amount.

Phase 2 – Expand the Universe through Storytelling and Airdrops

A limited edition comic available to holders that will explore the 6 characters of Fear City and delve into their origins.

The Fear City Soundtrack will be produced in partnership with Solomon Sounds, former producer of XXXtentacion.

In order to grow and develop the Fear City storyline, holders will receive surprise airdrops as the team continue to world-build through Web3.

Stephen and the team already have an established network within the creative and music industry which has been evidenced through existing partnerships with the likes of Stapleverse and Solomon Sounds. More are promised as the brand grows into its vision.

Leaving the digital realm for just a moment, Fear City will be hosting events throughout the country, including a launch party, concerts, meetups, scavenger hunts and signing events. More events will be revealed over time.

The team are exploring various metaverses including Decentraland and The Sandbox in which they can establish a presence for Fear City. Longer term, the team is looking at P2E opportunities alongside potentially a AAA game if the right partnership comes along. A mobile game has been highlighted as the best starting point for this phase.

The goal for Fear City is to be a space where artists can thrive and explore their creative visions within Web3. They will shape the future of the brand.

According to the Fear City website, the team is composed of 11 core members, however, with a little digging we were able to find a few more. Unfortunately, information cannot be found on all of them, but let’s take a look at the team regardless.

With a decorated background in art, Stephen Bliss worked for Rockstar Games, primarily on the GTA franchise for 15 years with his work defining the look of the global franchise. Now looking to crack the NFT space with his own project.

ToyNynja doesn’t reveal much about themself however it appears that they are a big fan of DeGods, the ‘blue chip’ SOL project.

Unfortunately, there is no information available on Andy S.

Jordan is involved in many ventures including founding Musique de Lune alongside being director of NFT and Metaverse strategy at Ma Group. Further to his role at Fear City, he is also a partner in Chowies NFT.

An avid NFT collector, John C co-leads with the project alongside his fellow leads. Little is known outside his background as a former product designer.

Unfortunately, there is no information available on Jimmy Kang.

Unfortunately, there is no information available on Thisisnotawill.

Little is known in regards to Anastasia outside of her role as a mod.

Josh is founder of Yellow Heart, a website that sells entertainment NFTs such as tickets, music and collectables.

Unfortunately, there is no information available on Izzy Getz Bizzy.

Unfortunately, there is no information available on Maria Gonzalez.

Unfortunately, there is no information available on Michelle Wheat.

Given the background of Stephen Bliss, there are reasons to be excited for Fear City. The artwork he has created certainly goes a long way in regards to the appeal of the brand and lovers of the GTA series will no doubt feel attachment to the style.

Looking at the roadmap, there’s a crystal clear plan on each phase and the future of the brand which suggests that the team have the very best of intentions for the project and its long term ambitions.

Another thing to be bullish on, is the community. While it’s not the largest we’ve seen at 34.7K on Twitter and 17,742 on Discord, they are extremely hyped and engaged suggesting there is a chance of selling out mint allocation.

Lastly, the team behind the project have plenty of experience in this space (from the information we could find), and all being well, have the capacity to deliver as promised. While it’s obvious that the major selling point of Fear City is Stephen Bliss, afterall his name is in the title, there are multiple factors behind him that could see Fear City become a well respected project in the NFT space.

In these turbulent times, even the most hyped have struggled. ETH is still down and trading volume is reaching lower lows.

With this in mind, a project has to be something spectacular to stay afloat, let alone succeed and even then it may still fail. Fear City’s art is subjectively amazing, however outside of that, there isn’t a huge amount to differentiate itself from other projects launching currently.

The key factor will be how the community takes to it but with a supply on the larger side at 9,999, there is a risk involved, although mint price is relatively affordable which may help its cause. As the community falls on the smaller size, attachment rate to the project will be absolutely vital.

Overall, it’s very hard to make a call on Fear City, but it’s definitely one to watch closely.

It’s only a matter of time until game companies start implementing non-fungibles into their games
@EC_NFTea sets… https://t.co/adaFLR4zZ1