An Exclusive Interview With Citizens of Tajigen

In our exclusive interview with the Citizens of Tajigen, the founders reveal their inspiration, plans and vision for the project. 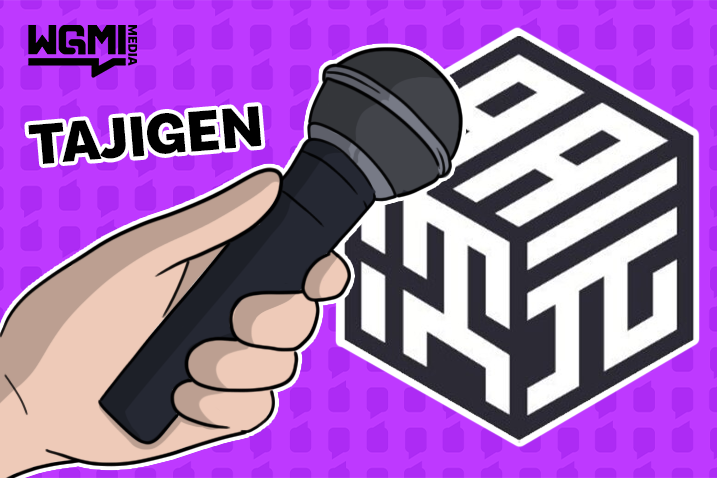 Citizens of Tajigen is an anime-based NFT project created by a team of five partly doxxed co-founders. This project is being built to grow an authentic digital identity brand for everyone passionate about blockchain technology and the progress it enables. The Citizens of Tajigen team are in the process of creating a vibrant community of builders and contributors who will become the future of the Web3 world.

We asked the founders six questions ahead of their launch later today (July 22). Here are their responses:

A brand built on the blockchain.

2. What do you hope to achieve with the project? What problem are you solving?

Our mission is to grow an authentic digital identity brand for everyone who is passionate about blockchain technology and the progress it enables. Representing yourself digitally as a Citizen of Tajigen says much about you and your beliefs. It is a knowing look, a tip of the hat, a secret handshake that says: we’re here to build the best future possible.

The Tajigen story is one of blockchain evangelism: one where ‘wagmi’ is not a given, and we’ve got to build to secure the decentralized future we want. We’re creating a world that attracts and immerses builders against a backdrop of purpose and urgency to inspire action.

3. What would I get from being a Tajigen holder?

While we’re already working on things we’ll ship post-mint, we aren’t publishing a formal roadmap. Instead, we’re guided by a concept map that outlines our vision without restricting us from delivering on items that our community or web3 more broadly may have outgrown. In building our brand and future, we’ll earn and retain our community’s trust through the quality and consistency of our execution.

You can read our concept map here.

4. How do we know the Tajigen team has what it takes to pull off their vision?

Nao: Published Japanese manga artist. Studied at the New York Fashion Institute of Technology – widely regarded as the #1 Fashion school in the world (alumni includes Calvin Klein, Carolina Herrera, Michael Kors, etc). She has worked as an illustrator and web designer for 15+ years.

Vlad: COO @ a leading European legal tech firm, servicing clients such as Ernst & Young, Baker McKenzie, and many others. A seasoned operator who has led complex international projects, often delivering under tight time constraints and with limited resources.

Rob: Former digital community lead @ Shopify, now in a strategic role at Islands.xyz. Rob is known to many via his Reddit alias – Gallowboob via which he accrued the most karma points of all time and managed & grew communities from scratch. Rob specializes in digital strategy and growth.

Dith: Former funded startup founder. Built companies up to $7-figures in annual revenue and built products for MasterCard, Samsung, Sony, Visa, among dozens of other Fortune 500 customers. Presently leading partnerships at one of the world’s largest fintech.

Extended team: Creatives & talent who’ve worked with & for the likes of Disney, Netflix, Cyberpunk2077, Evangelion & many others.

5. What is the project inspired by? Name at least one artist and NFT project

We are inspired by novels and movies like 1984, The Matrix, Equilibrium, Inception, V for Vendetta, and Blade Runner, which ask essential questions: What makes us human? What does it mean to be free? How is technology shaping our future? What’s the best version of that future? How can we ensure technology works for us, not against us?

In NFTs, we’re inspired by teams like Proof and Floor, who consistently execute at a high bar and deliver value to their communities.

6. Where can I find more information about the project?