Did Sartoshi Rug the Mfers Community?

This article breaks down everything you need to know about the 'end of satorshi'. I analyze the key arguments to determine whether this mfer’s departure was a stroke of genius, or a reprehensible rug pull. 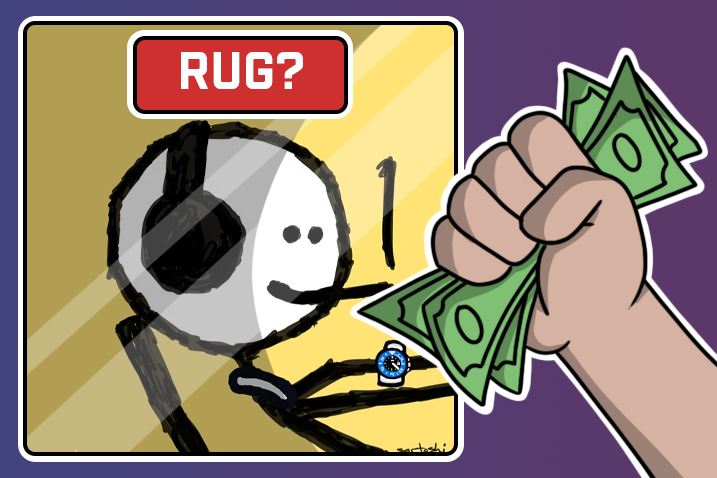 Sartoshi (@sartoshi_nft), the creator of the mfers NFT project and prolific meme artist, has dropped the mic and officially announced the “end of sartoshi”. Sartoshi has since deleted their Twitter account and passed the mfers contract to the mfers community.

Sartoshi’s controversial departure has split the NFT community. While some are calling it a textbook rug-pull, many die-hard members of the mfers community have praised sartoshi’s move as the final scene in a masterful meme performance.

This article provides the cold, hard facts and breaks down everything you need to know about sartoshi’s farewell. I analyze the key arguments to determine whether this mfer’s departure was a stroke of genius, or a reprehensible rug pull.

Who on Earth is sartoshi?

For those who aren’t familiar, sartoshi is (was?) an anonymous meme artist and NFT collector. The name is a nod to the anonymous creator of Bitcoin, Satoshi Nakamoto, who notoriously disappeared after creating the revolutionary cryptocurrency – remember this point, it will be important for later.

Sartoshi was an avid CryptoPunks collector, and made their name tweeting jokes and memes about both the real and the NFT world. Sartoshi dipped their toes into NFT waters by minting a number of memes as 1/1 pieces.

After cultivating a considerable audience, sartoshi created a crude stick figure child with headphones, slouched in a chair, smoking a cigarette, with his arms stretched out to a keyboard. This meme was the beginning of the mfers NFT collection.

Mfers launched on November 20, 2021 with a mint price of 0.069 ETH. The project had no whitelist, no paid promotions, and no pre-launch hype campaign. Sartoshi tweeted a link to the minting page and the collection sold out in minutes.

In a blog posted in February, sartoshi shared their vision for mfers. “We all mfers… there is no king, ruler, or defined roadmap and mfers can build whatever they can think of with these mfers”. Sartoshi confirmed there is no official Discord, and that mfers do not need sartoshi’s approval as they experiment and build.

By releasing the mfers NFTs as public domain, sartoshi empowered the mfers community to build whatever they wanted. And they built. Countless mfers derivatives cropped up, with projects building a “mfervese”, a 3D mfers collection, tokenomics, merch and much much more.

The collection’s floor price reached an all time high of around 4 ETH in February, and has jumped between 1 to 3.5 ETH ever since.

To the surprise of the mfers community (and even close-confidants), sartoshi disappeared. Here are the hard facts of the case:

In the days leading up to the disappearance, sartoshi shared a number of hype-building tweets that something big was coming up on June 9th (6/9). Phase 2 of mfers was promised to the community.

In the announcement, sartoshi confirms that the mfers contract will go to the community via a multi-sig wallet.

The share of royalties of the mfers collection (i.e. 5% of every sale) was updated as follows:

Sartoshi announces a final art collection called “end of sartoshi”. It is a 16,996 collection that minted for 0.069 ETH each. It sold out.

The mfers floor price plummeted to 1.1 ETH (it has since risen to 1.8, and fallen back again to its current price of 1.47 ETH).

Did sartoshi rug the mfers community?

Whether or not this was a rug pull is being hotly debated on Twitter as we speak. And there are legs to both sides of the debate.

Of course, this discussion largely hinges on what your definition of a “rug pull” is. It is a term very loosely thrown around in the NFT space – people often claim that their internet provider has “rugged” them when their connection briefly disconnects.

But for the purposes of this discussion, I will use a more sensible (but imperfect) definition: a project founder rug pulls their community when they set expectations that they have no intention of meeting. It implies there was an element of dishonesty, and therefore fraudulent behavior.

I’m going to break down some of the key arguments made by both sides.

This was not a rug pull

This was a rug-pull

We live in a time and age of influencers. Many people who buy into projects are actually buying into the founder’s vision. From the outside looking in, sartoshi’s departure – after securing considerable amounts of money from the mfers community – seems like a clear-cut rug pull. But for many mfers, they bought into the founder’s decentralized vision of a project run by the community, for the community. For many mfers, the creator is gone, but the strength and significance of the community continues just as it had before.

That is, however, not to say sartoshi is not at fault. The hype that was built ahead of “phase 2” indisputably led to speculation that persuaded some people to buy into the project. Although it would be almost impossible to prove that sartoshi generated this hype dishonestly, it can reasonably be accused of reckless behaviour inflating the floor price (and therefore royalties) before disappearing.

There is a spectrum of rug-pull severity. The difficulty to prove sartoshi’s dishonesty makes it a much less clear-cut rug pull. Maybe a better analogy would be that sartoshi simply cut a quarter of the rug off, and then walked into the sunset. 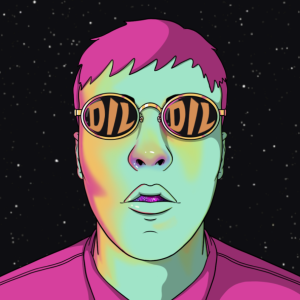 Attorney turned author and content manager for a bunch of tech startups across Europe. Now I write about all kinds of shit.