BAYC holders come together to rebuild the ‘Ape Wall of Fame’, a community-driven art project. 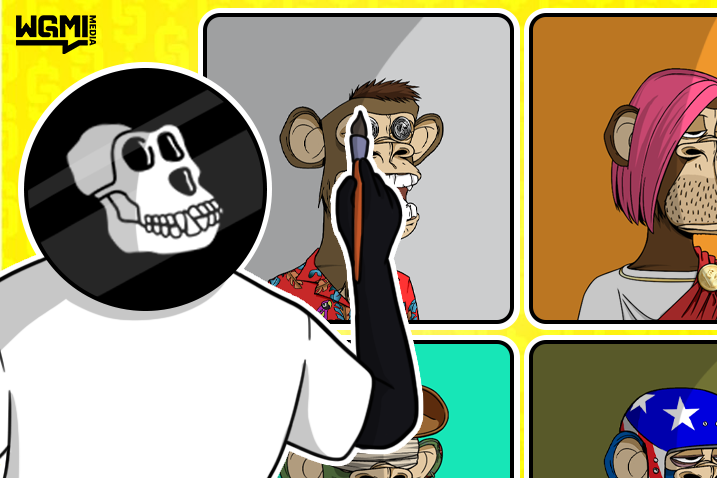 Miami-based artist, Roc Sol, and The Creative Outcome announced their famed mural, ‘Ape Wall of Fame’ in January 2022. The mural was built to symbolize the BAYC community and the unity of its holders. “I think the Bored Ape Yacht Club is more than just an NFT project,” stated Roc Sol. “I think they are a combination of people who took a calculated risk on a belief that growing as a community and building value can result in a lifetime of amazing and wonderful memories.”

The mural which was created to symbolize the unity of the BAYC community, however, was vandalized on June 30th, 2022 by an anonymous individual. Soon after the mural was defaced, Sol took to Twitter. “It took you six months to hit my wall,” Post tweeted. “If you weren’t four foot three you could have defaced my ape.” Out of the 16 apes, 8 were destroyed, leaving many confused as to what could’ve caused this. Soon after the news spread, BAYC members took to the streets of Miami to show their support for Sol and his team, Project Roadmap, by helping them fix the defaced mural.

“We wanted to keep the positivity going and didn’t want to let the hateful propaganda that has been coming out lately around the Bored Ape Yacht Club ruin the love that this mural represents,” Roc Sol told the Bored Ape Gazette. “The mural was created by the community and its members; they have shown nothing but love to local artists like us and we didn’t want to let this incident ruin that. By fixing it, it shows that the damage wasn’t permanent and that art and creativity win.” By fixing the mural, BAYC holders and Sol proved that the project is about community and togetherness.

After working relentlessly to repair what represents the BAYC in the city of Miami, the project was officially completed on July 14th, 2022. Besides the ‘Ape Wall of Fame’, ‘Where’s Jenkins’, a piece including 930+ hand-drawn apes, is another that’s focused on the BAYC community. By repairing the mural, holders emphasized two crucial parts of NFTs, art, and community.