In this WGMI Spotlight, we take a deep dive into Collider Craftwork's story, team and marketing strategy. We set out our bullish case and our reservations. 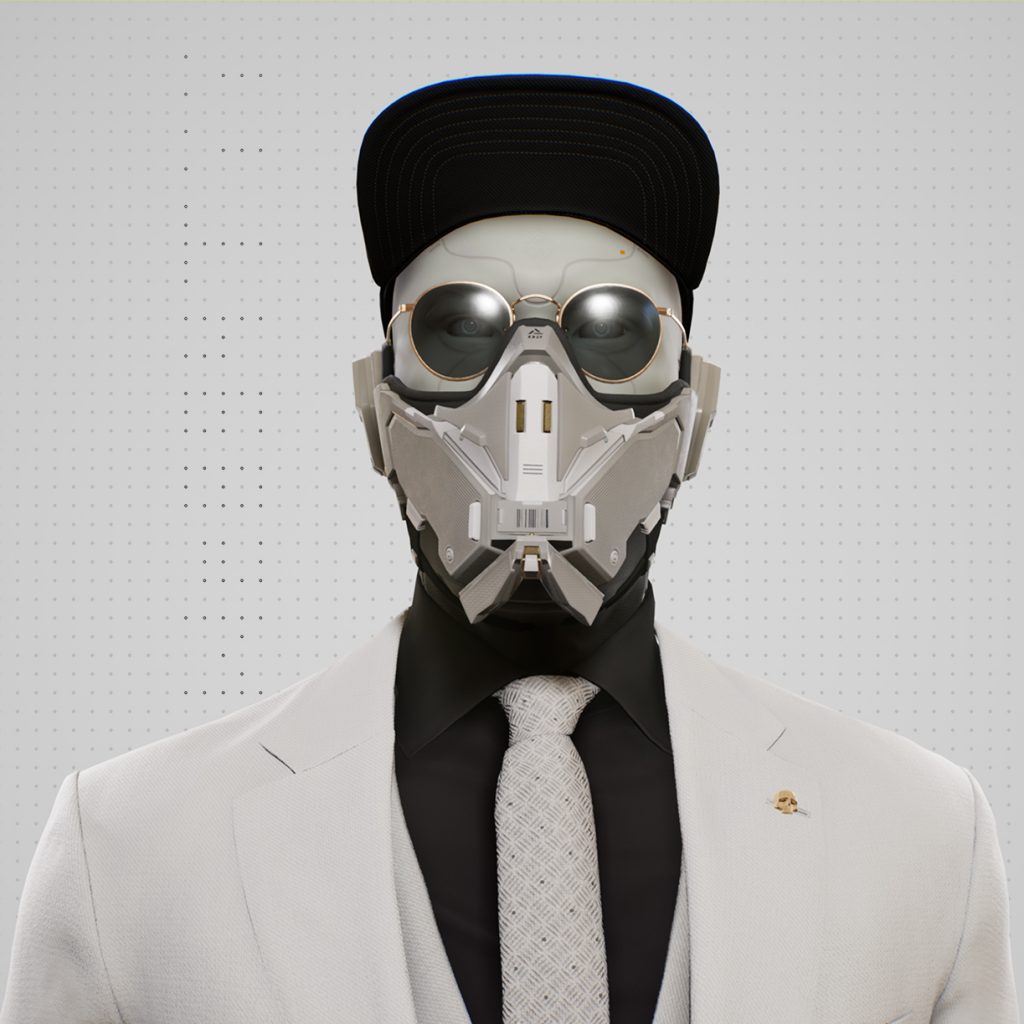 What is Collider Craftworks?

The Collider Craftworks team is preparing to launch their first NFT project consisting of next generation, game-ready avatars and assets, handcrafted by world-class game artists and industry veterans. Paying homage to the cypherpunk movement of the 70s – 90s, their Cypher collection is set in a dystopian yet colorful cyberpunk universe, brooding with social unrest and bursts of technological innovation. There will be five Cypher factions, these being, Hyper, Radkids, Outlaw, Prototype and Chosen. Each faction will have their own rarity structure which can be read about in the project’s Litepaper.

The Collider Craftworks team are new participants in the NFT space who have a lot of experience developing 3D characters for Triple-A Games such as Mortal Kombat X/XI, Assassin’s Creed, Injustice II, Street Fighter V, Gotham Knights and more through their service company called NXA studios.

According to the Collider Craftworks team, “the world has changed and brought a clear need for rich, immersive, and interoperable virtual experiences beyond the constraints of traditional games and social networks”. Collider Craftworks hopes to help facilitate this change and become a catalyst for the NFT revolution that’s taking place. According to their official website, the team is focused on creating powerful tools, content, and experience for the next generation of creators, brands, and IPs.

Collider Craftworks states that Cypher will have two stages of utility, these being primary and complementary. The primary utilities are as followed:

The complementary utilities are as followed:

The Collider Craftworks team is developing a ‘Visual Wallet’ which will be used to bring holders virtual identity to life while keeping their digital goods protected, on chain. The ‘Visual Wallet’ will allow holders to: visualize and customize their characters; utilize a marketplace where they can buy, sell and share their digital goods; and connect their assets into first and third party online experiences. All of this is going to be built on the Unreal Engine.

Collider Craftwork haw released their roadmap in milestones. The Litepaper only takes us from Q2 to the end of Q3. It also notes that the reveal will take place on June 30th 2022.

*The Moshpit is a multiplayer battle royale arena that’s all about attitude and having fun, while blowing off some steam. It is going to have an arcade feeling which will open the way to flashy, “larger-than-life gameplay” events. The game aims to evolve from a team deathmatch and PVE mechanics into a “run-and-shoot, shoot-and-loot, dressed-to-impress swag fest”.

Collider Craftworks is a professional team made up of more than 90+ members based in Buenos Aires, Argentina. As mentioned above, they have previous experience creating characters for Triple-A games. In this Medium article, the project claims that their team is a “production powerhouse” with expertise in next generation characters, understanding complex customization systems, large-scale productions, proprietary tool suite, process driven art, gaming IP and development.  The Collider Craftworks team is fully doxxed with links to their LinkedIn and various social media pages, which can be seen by visiting their official team page here.

The Collider Craftworks team does not seem to have kickstarted their marketing efforts as there is a lack of collaborations and partnerships announced on their Twitter page. Instead of taking the standard route by collaborating with other NFT projects and influencers through Whitelist giveaways, the Collider Craftworks team seems to be taking a different and more organic approach. They have hosted many community gaming events through their social media channels, and they are focusing on marketing to serious gamers who will likely end up playing their game and holding their NFTs rather than purchasing an NFT for a quick flip. Listed below are some of the latest community events hosted by the Collider Craftworks team:

Collider Craftworks currently has 158.6k followers on Twitter, a little more than one thousand subscribers on YouTube, and only slightly above 6,600 followers on their Instagram page. The average number of likes they are receiving on Twitter is only about 200 per post, below par compared to other high-profile NFT projects of its caliber. Below are some of the main points the team is marketing according to their Twitter history.

One market stunt that Collider Craftwork have implemented as we approach mint date is participating in different Twitter spaces and Discord stages for 24 hours. The aim is to gain extra exposure and also to engage with the communities that have supported the project from day one. The 24 hour AMA schedule can be found here.

The Collider Craftworks team of 90+ members is a force to be reckoned with. There are many Triple-A games under their belt, and they have real-world experience and expertise working with some of the most well-respected gaming studios in the world. This becomes evident when looking at the sheer quality and detail behind the artworks of the Collider Craftworks collection.

The Collider Craftworks team is a powerhouse of artists and game developers, but their marketing prowess may be lacking. Looking at their various social media channels, the engagement level they are receiving is currently lackluster and falls short compared to their competition (other high-profile NFT projects). Perhaps they are experts in their respective fields, however, this does not mean they are experts in Web3 and NFTs.

Last but not least, the set mint price of 0.5 ETH is considered to be extortionate in the present market and climate. Many projects have failed to mint out at a much lower price, this may be a potential issue for Collider Craftwork.

@WGMI_Studios weekly newsletter for holders is out today!
In this weekly Wednesday newsletter, we look at the laun… https://t.co/vW37htikEv

What is your favorite NFT and why?