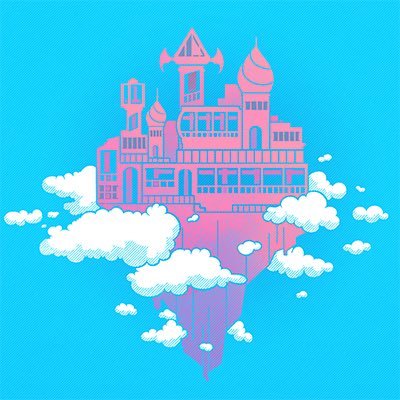 Celephais is a “dream city” and the team behind Celephais NFT hope to live up to that name. Celephais NFT is a project which supports artists. They understand that the NFT space can be chaotic for new starters, especially the artists who are the ones who put so much effort into bringing a collection to life. Whether it is learning about how to make a collection, how to use certain programs or brushing techniques, Celephais is going to be there every step of the way.

The goal of the project is to bring together visionaries, hard workers and all of those who want to learn. They are aspiring to become a true tight knit group of individuals that will find utility amongst themselves. Celephais claims they “are more than just numbers, we are true dreamers”. This dreamy and fairy tail vibe surrounding Celephais is certainly represented in their art which is visually stunning. The celephais collection will consist of elves, fairies, humans and demons.

There is very limited information available to the public with regards to Celephais at present. Their Discord is closed and the website is still being built. However, the WGMI team has been able to speak directly with the project founder Nerva for an exclusive interview.

Nerva enthusiastically explained that the name Celephais is taken from a short story about a fantasy city written by H. P. Lovecraft. The relevance is that he wants it to be a platform with everything in one place to help people reach their dreams.

Nerva explained that he feels like “people only buy art from artists who are well known”. With this issue, Nerva wanted to help artists who are still under the radar. Nerva is a founder who puts his money where his mouth is. He discovered an underground illustrator named Vollp. After purchasing a piece of his art he then decided to invite him to join Celephais after seeing his potential. Together, Vollp, Nerva, and a few others have been working on Celephais for the last six months.

Nerva discussed that, typically, projects will commission artists to create pieces for them in a finite amount of time and compensate them at the end – therefore it can be rushed. As a result, the art’s quality may not reach its potential. To combat this, Nerva has paid the artists in full up front with no deadline set. When asked “why?”, he stated “by doing this, the illustrators can take their time to produce something that they are proud to present”. Towards the end of the discussion regarding Celephais’s story, Nerva added “for the first time in my life, I understand the value of creation, I am really creating something big here. It’s been a rush, I cannot comprehend the amount of support that the team and I have received”. Nerva appears to have all the qualities and characteristics of a great leader.

Celephais are yet to release a roadmap, they are also yet to state their utility. There is no information available in Discord or on Twitter about this, however, the WGMI team asked project founder Nerva to inform us on his plans.

Nerva explained to us that he believes that the entire NFT space currently revolves around basic things, and the words roadmap and utility are overused. He expressed that he sees the same things posted on Twitter and projects launching with the same roadmap and utility again and again – his exact words were “there is no uniqueness”. He added that almost every project now is categorized into a category such as, an alpha group, a DAO, a tools project, a brand incubator and so on. Nerva feels that being categorized only limits and restricts a project into a singular concept.

Nervas’ vision for Celephais is that they want to be a project that is “the voices of artists” which covers “every single utility with no compromises”. He is aiming for Celephais to be the best alpha, better than other alpha groups. Have the best tools, more advanced than other tool projects. Have the best art and artists, better than other art projects. In other words, the goal is to achieve many things and evolve everyday, all whilst being a comprehensive hub where people can find top quality content and resources in “one dreamy place”. This vision is a very ambitious one, however, with the team that they have powering them, it’s certainly possible.

Nerva is the sole founder of Celephais. There is very limited information available on his background. What we do know is that Nerva is a long term Champs Only Pass holder which suggests a potentially good history in trading.

Vollp is a Brazilian based illustrator who doesn’t have a huge online presence. He does not have many followers on Twitter, nor Instagram. He is active and posts on Behance and Foundation. Despite not being an existing famous artist, Vollp’s illustrations are arguably amongst some of the cleanest and most appealing. His work has clearly been well received given the amount of attention that Celephais has gained.

UrsoBlanco is the second illustrator in the Celephais team, he is also Brazilian. Like Vollp, Urso also does not have a huge online or social media presence. His work can be viewed on Artstation and it appears to be very well done. These artist choices demonstrate that Nerva practises what he preaches. He has chosen non famous artists, empowering them and given them a huge platform to showcase their talent.

Rev is the lead developer for Celephais. Rev is an established name in the NFT space with a stellar track record. He is the CTO at Champs Only Pass and CEO at Discord Doc. Browsing through testimonials of Revs work, it is easy to see that people are always happy with his work. Comments such as “deadlines are always met” and “work done with professionalism” are often seen.

HaQa is one of the two advisors in the Celephais team. HaQa is the doxxed “CEO of grand rising” and head of alpha at the Champs Only Pass. Here, he has demonstrated an abundance of knowledge time and time again. HaQa is a well respected and rapidly growing name in the NFT space, he has recently launched his own YouTube channel and is also an advisor for Mythos. HaQa boasts 50.9k followers on Twitter and shows no sign of slowing down anytime soon. The WGMI team have previously spoken personally to HaQa, he is also a kind and genuine person.

Ramo is the second advisor in the Celephais team. Ramo is a very connected, proven and reputable name in the space who boasts 123.8k followers on Twitter. Ramo is the founder of popular project The Habibiz which has gained a large following of 111.3k on Twitter. Ramo currently advises for a variety of projects and is rumored to be building Jidai.

Mightynev is the collaboration manager for Celephais. In the WGMI exclusive interview, Nerva could not stop singing his praise. Nev is also the collaborations manager for The Habibiz and InnerX, advisor at Lunar Project and GOTN. He is also on the alpha committee at My Pet Hooligan. Many of these are reputable projects which suggests that Nev is quite the team player.

Celephais is a project that has gained a lot of popularity since their Twitter went live, it is likely that they would be able to collaborate with almost any project in the NFT space. Despite this, Celephais appears to have only collaborated with a select few projects. It appears as if they are taking an organic quality over quantity approach, which is very healthy.

The high quality art has enabled the project to avoid using FOMO marketing methods in order to gain hype and popularity. Indeed they have conducted a few giveaways and a small number of collaboration giveaways, but in comparison with other projects, it’s only a minuscule amount.

The main marketing method that Celephais has implemented is by leaking sneak peaks of their art, their team and upcoming plans. Celephais created an honorary one of one art piece for each member of their team. Each member then Tweeted from their personal accounts with the art and also the caption “Celephais HQ, this is (name)”. This is a very smart strategy as many team members have a huge following, as a result, Celephais name spread far and wide. Other than that, they have mainly used new pieces from their own collection, or pieces of fan art for their marketing schedule.

In their closed Discord, there is a very relaxed vibe. The layout, organization and theme suits the branding and image of a dream city (Celephais) perfectly. The chat is active all day and due to the fact that members are hand selected, the community is small, tight and intimate.

After speaking with founder Nerva, it is obvious that he is very passionate and enthusiastic about the project. We also feel that he is an exceptionally capable leader. Celephais are doing innovative things in a unique manner. One example is, Celephais are currently hosting a fan art competition with a twist. Unlike many other fan art competitions where the only prize is a Whitelist spot, Celephais have implemented their own take on this. The winners and best pieces to come from the competition will not only receive a Whitelist spot, but their art will be included in the Celephais NFT collection. This is super inclusive and ensures that hours of work put in by community members do not go unnoticed. So far, there have been 40 fan art pieces that are going to be included in the Celephais collection. This competition has attracted the likes of famous Japanese illustrator Chino Maron, who has contributed and holds a winning spot. This demonstrates the strength and care for the community, which is essentially at the core of any good project.

Aside from this, the core art for Celephais is gorgeous and the team is proven and highly capable. In addition, not only is it the Celephais community who are anticipating the launch, it’s the entire NFT space.

Based on the evidence provided so far, there are very few potential concerns about Celephais. Everything appears to be highly professional with development and progress going smoothly.

The only external factor that may be a potential issue for Celephais is the current market condition. As long as Celephais adapt to the environment and choose their mint price and date wisely, the WGMI team do not anticipate that this will affect Celephais.

RT @Sidekast: Players, pack your controller and cartridge! Those who traveled all the way from your childhood memories are finally here!  …

RT @DeepEndNFT: The time to fully dive in finally has come!
Tomorrow at 9am PST / 12pm EST https://t.co/QLkSwfvkQ8