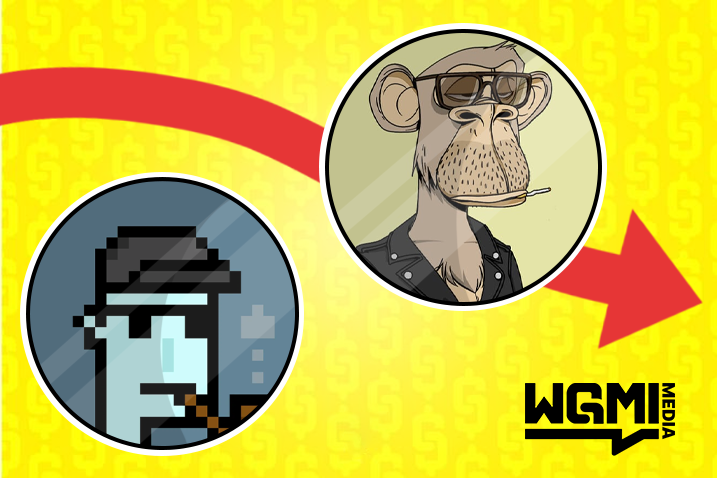 Yuga Labs has continued to build their metaverse with BAYC as the face of the project. In March of 2022, more than $150 million worth of $APE was airdropped in preparation for the Otherside. Some owners of BAYC/MAYC were able to claim up to 10,094 $APE, upwards of $120,000. The coin was used to purchase an ‘Otherdeed,’ which is a deed to land within the company’s metaverse. Users anticipate that the coin will be used within the metaverse as a currency as well.

Many people suspect that the uptick in volume, even during a bear market, was caused by the anticipation of the Otherside, Yuga Lab’s metaverse whose demo is expected to release on July 16th, 2022. “There will be 2 load tests before the First Trip tech demo: one on 7/6 @ 12 pm ET, and the other on 7/9. Join if you can, and help steer the Otherside platform in the right direction.” Holders of the Otherdeed NFT were able to join the first load test.

Considering that CryptoPunks is 4 years older than Bored Ape Yacht Club, a change in all-time sales speaks volumes. Even though CryptoPunks and BAYC are both owned by Yuga Labs, BAYC has stepped ahead through metaverse integration, token and $APE airdrops, as well as IRL utilities such as at NFT NYC, in turn reaching more investors. Whether you believe in the future of BAYC or not, it’s clear that the collection has continued to grow as a market leader, even overtaking CryptoPunks, one of Ethereum’s first collections, in all-time sales.