In this WGMI Spotlight, we take a deep dive into Boki's story, team and marketing strategy. We set out our bullish case and our reservations. 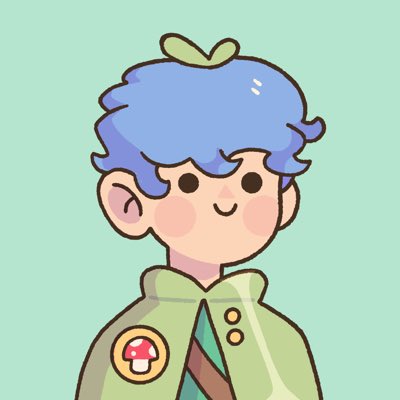 May 13th, 9am PST until 12pm. 3,750 NFTs will be available to mint. Up to 2 Boki per transaction with no wallet limit. Leftover mints will be rolled over into a final sale if required.

May 13th, 12pm until 6pm PST. A total of 3,500 NFTs will be available to mint. Maximum of 1 mint per wallet. Those who had qualified for pre-sale can mint an additional Boki during this sale from a bonus allocation of 1,300. Any unsold mints will be rolled over into a final sale if required.

Leftover stock will be available to mint on May 13th, 6pm PST. 2 Boki per transaction with no wallet limit.

150 tokens will be reserved by the Boki team for giveaways, partnerships and team allocations.

A world for “Dreamers” and “Adventurers”, Boki is a community focused project centered around collaboration and connection. Based in Web3, Boki will consist of 10,000 tokens featuring hand crafted characters with unique traits such as hair styles, accessories and outfits. Boki’s art style is cutesy – the bright and bold color palette are somewhat loosely reminiscent of Doodles which will no doubt appeal to many. With this project, the team have set the lofty goal of growing Boki into a globally recognised brand within the digital world as well as the real world. We have been promised an ongoing narrative where the characters will be brought to life via animations, art and lore whilst other unknown mediums are also being teased.

The world of Boki is a lush green, flower soaked world of adventure and escapism where the inhabitants will uncover new lands, climb snowy mountains and make friends with others. The Boki can be identified as either “Dreamers” or “Adventurers”. Dreamers are said to be the leaders of their communities, staying close to home and looking after the families of the world while tending to gardens and farms. They dream of lands yet to be found. Adventurers on the other hand, are always on the move seeking new sights, future homes and even unknown creatures throughout the world of Boki.

The Boki team have highlighted a commitment to delivering a community led project with sustainability and responsibility at its core. They have promised a respectful, loving home on Web3 for all Boki token holders.

Upon completion of mint, Boki holders will have access to community exclusive channels. As of now, we only have information on one of these channels, an Alpha channel by founder Otter and FozzieBear, Boki’s project story teller. Exclusive tools, whitelist giveaways and write-ups are part of the plans within this channel, alongside more which will assist in each member’s investing and trading adventure.

There is currently no firm timeline of the roadmap, however the Boki team have announced the core components of what it will consist of. These are:

Boki as a brand

Boki’s goal is to grow the project into something that will be recognised on a global scale. By using Web3 to empower communication, they plan on leveraging the strength of the community to develop new partnerships and break into new mediums.

Team Boki will utilize a cast of core characters to develop a lore via animations, art and other mediums moving forward.

30% of mint revenue alongside an additional 20% of secondary revenue (secondary market royalties are 5%) will be retained within a community wallet for reinvestment into the project.

An immersive gallery experience during NFT.NYC (2022) is the first live event planned for Boki holders. The team has stated a commitment to many more.

Currently, Boki is in the early stages of producing merchandise – the team have intentions to launch this summer. No specific details have been provided on what will be available. However, it will be inspired by the unique traits from their collection of 10,000 NFTs.

One airdrop will be delivered to all holders of a Boki NFT after mint. More details are promised for a later date.

The Boki team is 12 strong and consists of members with varying and unique skill sets which could stand them in good stead. Unfortunately, there isn’t a huge amount of information on the backgrounds of each member such as previous project experience, but from what has been delivered so far, they seem to have a good level of knowledge.

Otter is a successful NFT trader who also collects real world art. He is passionate about nature conservation, and is a dog lover. Otter currently has over 8k followers on Twitter including Poopie (one of the founders of ‘blue chip’ project Doodles).

FozzieBear is a lifelong writer and responsible for the lore of Boki. Alongside his writing background, Fozzie Bear has also found success in NFT trading.

Looking after the community is Boo, a self confessed dreamer. Outside of this there is very little information on boo.

Alec is Ex-Coinbase and has a history of esports with Team Liquid.

There is very limited information on Boki developer, Pangea.

Orange Jelly is lead artist and responsible for the Boki project artwork. No Twitter, but he can be found on Instagram.

The.seoulful is a Korean based artist supporting Orange Jelly on the project. Also lead artist for a smaller NFT project, Kuma World.

Bunk is responsible for animation within the Boki project. Otherwise, there is very little information on Bunk.

Motion is the support to Bunk on animation requirements within Boki. Otherwise, there is very little information on Motion.

Parallax is tasked with overseeing the Boki family. Otherwise, there is very little information on Parallax.

Tibo is tasked with overseeing the Boki family. Otherwise, there is very little information on Tibo.

According to their twitter bio, alongside Boki, Yelaoshi also moderates for Cyber Turtles and Perspicacious FNF.

Since their first tweet back in March, Boki have grown their Twitter following to an impressive 102k followers. This has been achieved primarily through collaborations with both larger and smaller projects, which no doubt will have contributed to generating a decent level of hype for Boki. Notable partnerships include, The Doge Pound, Tasty Bones as well as verified blue tick brands such as KaijuKingz, Karafuru NFT and Sneaky Vampire Syndicate. Boki has also teamed up with the influential NFT figure Takoa, who has gained a following of more than 280k on Twitter. By aligning itself with projects like this, Boki has no doubt created a springboard for itself to grow to its current level and build faith amongst its community.

With a Twitter following of over 100k and more than 20,000 Discord members, Boki has the potential to do very well. Their primary growth tactic has been to partner with other projects and expand via WL giveaways. This is a legitimate and commonly seen strategy, especially when you can stand alongside some of the giants within the NFT space such as those mentioned above. There seems to be very little in terms of pushing FOMO towards its community which does suggest that the team believes in organic growth.

Further to this, the team has also engaged with the community via mini games such as mazes and word puzzles. That little bit of extra effort from the team proves that the community comes first and aids the long term goals of the project.

Boki seems to have the ingredients to be a successful project. The art isn’t particularly unique – however, it does fit into the cutesy style which is something we’ve seen with plenty of other well received NFT drops. The team has managed to align itself with some big players in the space. This does suggest that confidence in the brand is high, causing people to flood into the community and the promise of an ever growing world is reason for positivity.

Also notable is the commitment to the long-term health of Boki through its community wallet. The community wallet will see almost a third of the initial revenue reinvested and a fifth of revenue from secondary market royalties also funnelled back into the business. The team at Boki have said the right things and they clearly have great ambitions. It now just remains to be seen if they can thrive in these bearish market conditions.

We all know that the NFT market is facing a challenging time and has entered into a bear market. We’ve seen projects with more hype launch and fail recently. The decision to launch a high 10,000 supply is a potential concern presently. This is especially when you partner that with the fact that their Discord server sits at just above 20k members. This would mean that almost 50% of members would need to mint in order to sell out during phase 1. This is a huge improbability, however, given the lower mint price of 0.066 ETH it certainly is possible.

Whilst the community does appear to be strong and active, it could be a potential concern that there is such a huge gap between the number of followers on Twitter compared to Discord members. Could it be that the collaboration giveaways with larger brands on Twitter simply inflated numbers on that platform? These are questions that cannot be ignored.

Lastly, it is also worth looking at the team, their roadmap and ambitions as a whole. Unfortunately, whilst undoubtedly skilled, there seems to be little evidence to suggest that the team has the ability to execute. There’s no doubt that some have managed great success via trading and investing, however, that does not always translate into actually having the skills to create a successful project and ecosystem. This team very much has it all to prove.

When it comes to the Boki roadmap, while it does look good on paper, it is no different to many other projects that launch with ambitions to become a global brand and reach ‘blue chip’ status. The truth, unfortunately, is that very few achieve this and those that don’t often fall away – especially in this current market climate.