Are Soulbound Tokens The Future of Web3?

A token that will allow holders to verify all their personal details using the blockchain, including education, credit score and medical history. This is the Soulbound Token. 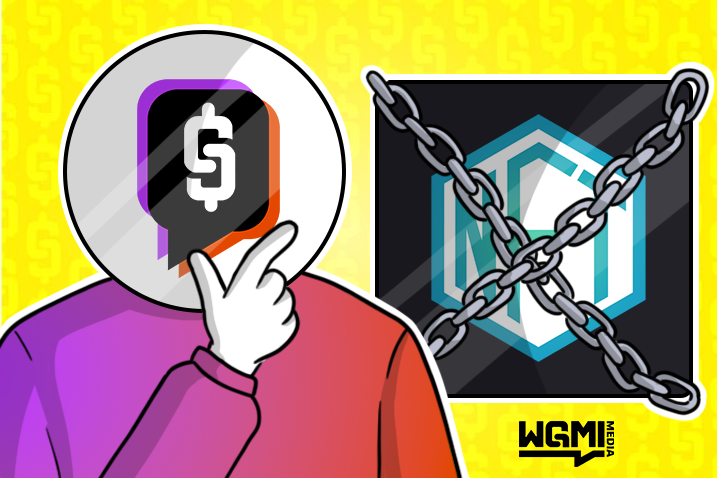 Co-founder of Ethereum, Vitalik Buterin, has a project in the works that could reshape the entirety of Web3 and perhaps the world as we know it. Soulbound Tokens (SBTs), could be the introduction to the vision many of us have seen coming since the inception of NFTs. A non-transferable token, that will essentially store the history of you. Rather than having to sift through mountains of paperwork or digital files, the SBT will allow complete verification of an individual and all their information via the blockchain.

Much like their NFT counterparts, SBTs will live on the blockchain and contain their own unique metadata, thus providing a fully transparent stamp of identity and ownership. However, unlike traditional NFTs, SBTs will not be transferable and will remain as a permanent fixture within your SBT wallet.

The plan for these tokens is to have them ‘awarded’ upon specific achievements. Pass a driving test? Have an SBT for it. Earn a degree? SBT. No matter what it is, if you level up your life in any form, then an SBT can be allocated and verified as yours and legitimate, forever.

The same applies to all aspects of life. An SBT can be attributed to your name, date of birth, nationality, etc. If you start a business, for example, an SBT will store this information on the chain and eliminate the possibility of fraud. The purpose of these tokens is to hold the entire record of your life on the blockchain, leading to a decentralized society.

An example of how this would work in practice could be in education and employment. Currently, it’s incredibly easy to provide false information on your CV. You could easily state that you went to a top university without the risk of being exposed. An SBT would make this impossible, as employers could simply pull up the record of the applicant on the blockchain and validate the truth behind it. Therefore, by giving universities, or any organization the power to allocate SBTs, it negates all risk of hiring someone based on false achievements.

We live in a society full of people claiming to live lives they actually don’t, thanks to the adoption of social media. Many ‘influencers’ and ‘gurus’ claim to have exotic cars and houses most of us can only dream of. With the technology that Vitalik is pushing, we will all have the power to see if the people we look to for inspiration are legit, or full of it. Once again, thanks to the blockchain.

The Negatives to SBTs

In theory, the idea of digitized assets that contain information on every aspect of your life may sound appealing. It takes away the need to manually store data, either physical or digitally, providing an automated system where everything is sent directly to your wallet. However, there are certain things to consider that could be cause for concern.

First of all, with all your SBTs publicly visible, we lose our privacy and religious beliefs, as It would become very hard to keep anything a secret. While sharing these types of details would be a necessity in certain situations, the fact that the blockchain is a public ledger means we open ourselves up to being targeted by the more unsavory groups and individuals. Imagine a world where we’re denied certain privileges due to religious beliefs or because of something we did many years ago, despite now being a good person. Or worse so, be targeted by hackers and criminals, as we have recognisable traits which make us more vulnerable.

These are issues people in the world already face and SBTs could potentially amplify them. In the Whitepaper, it’s noted that SBTs could “automate red-lining of disfavored social groups or even target them for cyber or physical attack, enforce restrictive migration policies, or make predatory loans.” Although, a solution has been put forward that holders will have the option to hide tokens, or bin them off should the need arise.

Another concern is the possibility of losing the key to your Soul address, or worse yet, your wallet being compromised by hackers. Hacking is already a prevalent issue in the digital space and with new developments, come new opportunities for these bad ones. This is an issue that the team behind SBTs is, of course, aware of. Vitalik writes in an article dating back to Jan 2021, how a “social recovery model” is the answer.

This, in essence, is where holders can select a group of people to act as “guardians” who can access and change the private keys within the wallet of those who selected them. Guardians can be individuals, institutions, or businesses. Should a wallet fall victim to attack, recovering the keys to the wallet would “require a member from a qualified majority of a (random subset of) Soul’s communities to consent”.

While in principle, this model is a good starting point. It relies heavily on the maintenance and trustworthiness of the group selected to safeguard the keys. This shouldn’t be an issue if an official body acts as a guardian, such as a University, However, should a relationship break down, how certain can you be that they will happily help if the need arises. Revenge and sabotage are unfortunate realities.

Despite this, giving a genuine form of recovery is still better than nothing.

With the initial rollout of SBTs predicted for the end of 2022 according to Jason Levin, it shouldn’t be too much longer until we see if this is genuinely the real deal. Whether the world is ready or not, is another question. Typically, when new innovations are introduced, it takes a good number of years before they become widely adopted. For example, 10 years ago, the death of physical media would have been laughed at, yet here we are. Even now with NFTs. While we live and breathe them, the majority are still completely unaware. There’s little doubt that one day, this will become a reality. However, we can’t say for sure it’ll be with SBTs, as others will eventually introduce their own tech.

As for myself, while excited, I don’t believe we’re there just yet. We need to make sure that this is implemented correctly and safely. It all seems very ‘Black Mirror’ like at the moment, although it wouldn’t surprise me if, in 10 years’ time, we looked back and wondered how we ever lived this way.