NFT merch, something that is often done poorly and fails. These four projects have teamed up with American Eagle in attempts to do things differently. 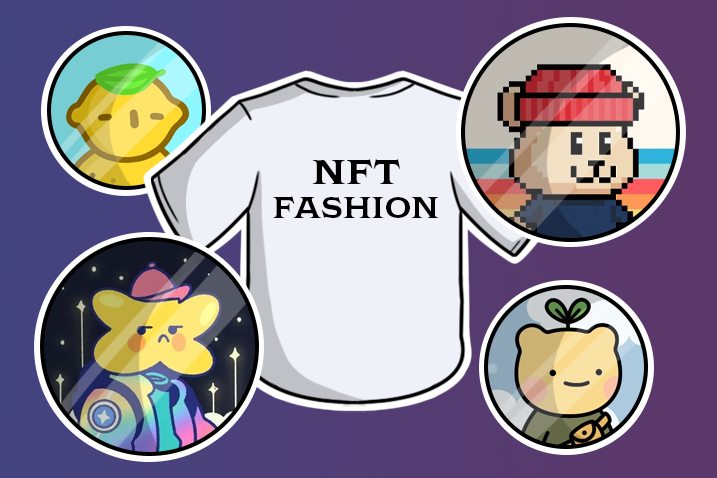 If you’ve been in the NFT space for some time now, then you would have definitely seen roadmap after roadmap with a “physical merch” milestone. Most of the time, this refers to a clothing range designed by the project and then released to holders. Looking at previous projects, unless you are the BAYC, the odds are not in your favor to do this successfully.

On the flip side, there have been many projects that have attempted to represent synergy between physical and digital fashion, such as C-01. Again, without much luck of success. The point I’m getting at is that many have tried, but few have succeeded. Given the interest that clothing brands have in the NFT space, such as Nike and Adidas, there are definitely opportunities with great potential. The NFT market is an emerging one, and there is a niche to capitalized on. But the question remains, who will do it best? Enter American Eagle.

What is American Eagle?

American Eagle Outfitters, better known as American Eagle, is an American lifestyle, clothing, and accessories retailer, founded in 1977. The brand targets male and female university and high school students, although adults also wear the brand. You might be wondering, what makes American Eagle a solid contender to lead the charge in NFT fashion? Well, American Eagle has a current net worth of $2 billion, and last year in 2021, it achieved a net worth of over $6 billion. It’s safe to say that American Eagle is well established, and incredibly capable of success.

On June 20th, American Eagle announced on Twitter that they would be partnering with four of their “fave community-driven NFT collections to create the NFT apparel shop”. Naturally, NFT enthusiast fashionistas are excited about this limited edition drop. The 4 NFT collections are Little Lemon Friends, WonderPals, Starchatchers and The Littles.

As you can see, the art styles of these projects are cutesy, cartoony and fun. This type of art appeals to the masses, as it’s easily relatable to those who watched cartoons as a child, more or less everyone.

American Eagle is currently selling AE x (project) tshirts and hoodies on their website. Priced at $24.95 and $49.95, it’s very modest and reasonable in this day and age if you ask me. There is no doubt that holders of these four projects’ collections are going to love the opportunity to flaunt their community’s image in the real world, but will it catch on elsewhere? We’ll see.

This is not the first time we have seen fashion brands team up with cartoon characters. Previously, Longchamp has collaborated with Pokemon (Pikachu) and Gucci teamed up with Disney (Donald Duck). Longchamp described on their website that “Pickachu brings a touch of fun to these bags”. However, Pikachu is a world renowned iconic mascot, and not a NFT profile picture.

NFTs are an emerging market, and we are very early in the industry’s life cycle. While there is a taboo around Web3 from the broader public at present, many NFT natives believe the masses will be drawn in eventually. It is collaborations with Web2 brands like this which will help bridge the gap and push for mass adoption.

It is only natural for humans to be resistant to change. As more and more people realize the true potential of NFTs and their capabilities, they will spread like wildfire.