Global financial institutions are beginning to feel threatened by cryptocurrencies. Who are these organizations and what are they doing to try and kill crypto? Read on to learn more. 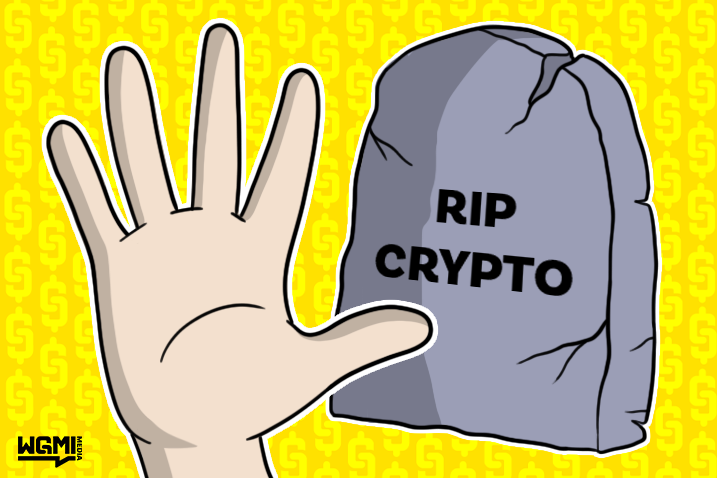 In 2009, Bitcoin was released into the world. Since then, we’ve witnessed its value ‘skyrocket’ to a point where it threatens legal and physical tenders that we as a global community have used for hundreds, if not thousands of years. The world’s economy is controlled by a select few but now, due to the enormous surge of crypto, the rich and powerful are beginning to worry that their grips are loosening.

What is their solution? To kill off the competition. Let’s take a look at who these organizations are, and their plans to end this currency war.

A collection of institutions with frightening levels of power within the financial world. Wall Street is home to some of the wealthiest entities on the planet, such as investment managers Blackrock, and superbanks like J.P. Morgan. With that, comes the opportunity to use this wealth as leverage within the political scape in the USA and other territories. Therefore, cryptocurrencies are seen as a genuine threat to these corporations due to the decentralized nature behind them.

The fact that BTC is now being considered as a legitimate currency in certain areas of the world is why those who live on Wall Street have always been typically anti-crypto.

With this in mind then, asset managers and banks will be looking to take on crypto, by taking control of the industry. We’ve started to see this happen with hints that crypto currencies will have to comply with the ESG Agenda.

The capital that resides within Wall Street is unmatched, so in time, it’s quite possible we’ll begin to see crypto projects being bought up by these mega organizations, especially those that use proof of stake. With enough assets under its ownership, and enough people using proof of stake currencies in the future, Wall Street will be able to completely bypass governments and have complete control of the financial system. A scary thought.

Founded in 1989 as an institution to combat money laundering, FATF is Paris based and consists of 40 countries, as well as countless other organizations including The World Bank. Now in 2022, the responsibility of FATF has grown from that of when it was founded. One of its main purposes is to counter anything that threatens the integrity of the financial system.

While it doesn’t have the authority to pass laws to member nations, it can make ‘recommendations’ that all are advised to follow at the risk of being greylisted or even blacklisted should they not. Those on the greylist will find themselves in some difficulty when trying to interact with the world’s financial system, while blacklisted nations are shunned completely. For this reason, over 200 countries follow the advice of FATF.

FATF as an organization has stated how more transparency is required within the crypto space and thus, has called for an end of peer-to-peer transactions. According to FATF, privacy is high risk, therefore it wants crypto to become just another currency that falls under the umbrella of the current financial system. This is a future that us Web3 natives do not want to see.

Owned by the 63 central banks with headquarters in Switzerland, we find the BIS. Founded in 1930, this is the most mature financial institution in the world, and although it was meant to be disbanded in 1944, it remains to this day.

The current role of the BIS is to assist in the development of digital currencies (CBDC’s) for central banks. What’s frightening about this is that these banks will gain the power to control all aspects of what we as consumers can purchase. What we can buy, when we can buy, where we can buy and how much we can spend or save.

If this becomes a reality, “central banks will have absolute control on the rules and regulations that will determine the use of that expression of central bank liability, and also we will have the technology to enforce that”, as stated by BIS manager, Agustin Carstens.

With this in mind, the BIS view cryptocurrencies as the antithesis of their plans of total control. As of now, the organization’s attack strategy has been to release reports as to why CBDC’s are superior to crypto. However, given the influence the BIS has over central banks, it’s a real possibility that we’ll see more aggressive plays over the coming years as it simply does not want to be competing with crypto in the long term.

The IMF happens to live opposite a fellow organization, The World Bank in Washington DC. Saying this, in the case of being outspoken about crypto, the IMF wins hands down.

The IMF was founded in 1944 during the Bretton Woods agreement, where it was decided that the US dollar would be the world’s reserve currency. The role of the IMF was to ensure exchange rates between the dollar and other currencies was stable.

These days, it looks after financial stability across the globe by providing loans to nations that are in a state of crisis in order to avoid larger issues on a worldwide scale. The IMF consists of 190 member countries, and thanks to the fact that BTC is becoming a legal currency among developing nations, the organization naturally hates cryptocurrencies.

In order to stem the growth of crypto and specifically BTC, the IMF has blasted the currency for its energy use and much like the BIS, claim CBDCs are superior. Similar to the entities above, the IMF will not stand by and let cryptocurrencies threaten the power it holds over the global economy.

The last organization that is looking to kill crypto is the WEF, another Swiss based institution. WEF was founded in 1971 with the intention to “shape global, regional and industry agendas.” Founder Klaus Schwab has ideas of a dystopian world where we own nothing and are controlled by a few powerful entities, think Illuminati. He looks to push this agenda through the WEF.

While crypto isn’t necessarily seen as an issue for the WEF, the blockchain technology that accompanies it, such as smart contracts and the Metaverse is of great interest. As an example, the organization wants to use the tech for things such as censorship where they can prevent individuals from buying certain goods and services through verification checks. The idea is to limit and restrict, with the intention of total control, which is completely opposite to the freedom that Web3 is meant to provide.

While we’re under no illusion of the influence the rich and powerful hold over the so-called leaders of the world, it can be a little bit frightening to think how they are plotting the downfall of crypto. Either through killing it off completely, or taking control of the asset, these organizations will do all that they gain to maintain ownership of the global economy.

Ultimately, there is little we can do as individuals, however, as the wider world continues to wake up to the horrific levels of corruption, perhaps combined, we can make a stand.